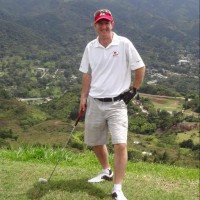 Author of the book: The Legendary Horseshoe Tavern: A Complete History (Dundurn Press, September 23, 2017). David is also President and Chief Creative Officer of McPherson Communications â€” a Waterloo-based writing and public relations consulting business. Ever since attending his first rock concert in 1989 (The Who) and buying his first LP (Freeze Frame by The J. Geils Band), music has become â€œthe elixir of his life.â€ With more than 18,000 songs on his iPod, and an ever-growing vintage vinyl collection, itâ€™s a joy for him to discover new music; he loves sharing these discoveries with his wife and two children. A regular contributor to Words + Music, Hamilton Magazine, and SOCAN's Words + Music, over the years his writing on music has also appeared in the following publications: Paste, Performing Songwriter, American Songwriter, Bluegrass Unlimited, Exclaim!, Canadian Musician, and Chartattack.com. Before starting his own business, David spent 12 years as a senior communications consultant in the public sector, specializing in employee communications.

The Tao According to Lukas Nelson

Lukas Nelson is an old soul. Mojo seeps from his veins. Witness this every time he straps on his trusty 1956 Les Paul Junior with his band Promise of the Real (POTR). The tones that emanate from this vintage guitar […]

A bucket-list trip. A whirlwind five days. 30 miles of walking and wandering through the vibrant streets of Austin, Texas. Tacos and barbecue for breakfast, lunch and dinner. And, a 30-mile commute to downtown Austin from Round Rock every day, […]

Darkest Darks Lightest Lights, the sixth full-length from songwriter Jake Smith (better known as The White Buffalo) was released earlier this month. Most of the compositions were penned in the studio, creating a sense of urgency. This energy and swagger comes through in this collection of 10 storied […]

On its sixth release (Ghost Gardens), the Hamilton, Ontario-based alt-country, folk-noir trio recover some long-lost gems and polish these treasures. The result of this journey through the past is 11 choice cuts that linger long after you are done humming along and stompin’ your feet to […]

More than 1,200 miles following the white line from Waterloo, Ontario, to Burgettstown, Pennsylvania, and back again in a 36-hour span; 1,600 pics snapped in the photo pit; many more musical memories made over an 11-hour span on a summerlike September day – including seeing Neil Young wail […]

As an artist, you’ve reached a certain level when fellow musicians come to hear you play. And, when it comes to Toronto venues, you’ve also joined an elite club when you play Massey Hall. Last night Jason Isbell achieved both in one […]

Sammy Brue: Not Your Typical Teen

At an age when most of his peers are excited about getting their driver’s license and finding ways to fit in — during those awkward teenage years — Sammy Brue was negotiating a record deal, hiring a manager, a lawyer, and touring with the likes of Justin […]

“You don’t know me/I’m a nobody/I sing on the strip for a few pennies/Like an old tin star/ Beat up and rusty/Lost in the shining stars of Nashville, Tennessee/ I wrote this song for those who are like me/ Lost […]

Beth Bombara Getting it Done

“Don’t think about making art, just get it done. Let everyone else decide if it’s good or bad, whether they love it or hate it. While they are deciding, make even more art.” -Andy Warhol When Beth Bombara and I […]

Colin James Takes You on a Journey to the Blues Highway