A bucket-list trip. A whirlwind five days. 30 miles of walking and wandering through the vibrant streets of Austin, Texas. Tacos and barbecue for breakfast, lunch and dinner. And, a 30-mile commute to downtown Austin from Round Rock every day, meeting new friends on the Metro (with hotels anywhere near the downtown core starting at $500/night, this was my only option). Add it all up and you have a priceless adventure for a live-music lover.

What finally got me to Austin and SXSW? I was lucky to be chosen as an official presenter, giving a talk on The Horseshoe Tavern and my recently published book on this iconic Toronto live music bar. While roaming the streets and various venues, I met fellow Canadians, music lovers from most of the United States, and people from far-flung places such as Greece, Australia, and Scandinavia. What I learned is this: music is the universal language that connects people. What follows is a summary of my inaugural journey to SXSW.

March 11: Sunday evening coming down in Austin. After landing earlier in the day, picking up my badge, and getting my bearings along E. 6th Street, I headed across to bridge to South Congress Street to where my SXSW four-day live music marathon began. Wondering where to go first to soak in an authentic local act, I turned to Facebook. Thanks to a Toronto musician friend, I was led to see Heybale! at The Continental Club. 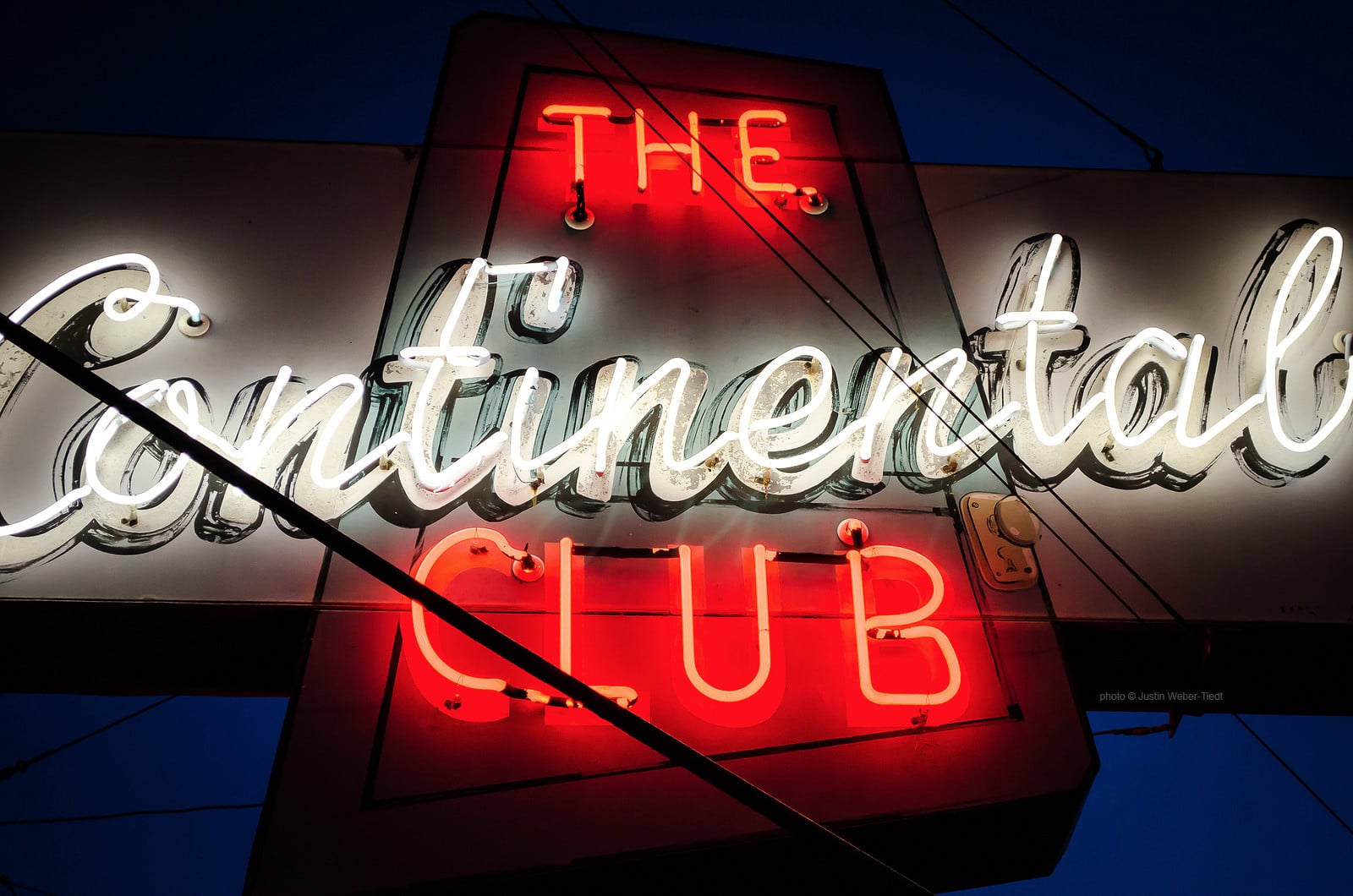 This was not a SXSW event; instead, this was classic Austin country. Heybale! is a local institution that has held court at the legendary venue on South Congress every Sunday since 2000. The all-star band features seasoned veterans and rotates the regulars, depending who is in town or who decides to drop in and play. Couples two-stepped on the small dance floor while the band played a mix of old-time country classics, originals, and covers such as “I Ain’t Going Nowhere” and “Hickory Wind.”

Leaving the Continental Club, I grabbed an ice cream next door at Amy’s. Planning to head home, I spied the Continental’s sister club, The Continental Gallery, next door, and figured I needed another music fix before heading to the hotel. I’m glad I did. There, with only a dozen lucky listeners, Jon Dee Graham and six friends offered up an intimate and powerful set of experimental alt-country.

March 12: Monday morning came around far too soon, but a couple of coffees later I was up and ready to explore more. After taking in a couple of informative and engaging sessions at the convention centre — one on technology, social media, and fake news, and another one a Q&A with Ready, Player One author Ernest Cline — I put my tourist hat on and rambled up and down Rainy Street. Later, I stopped in at the historic Driskill hotel before heading to hear some lads from Glasgow, Catholic Action, who offered a fun, sweat-soaked set, complete with Scottish humor.

March 13: Following my successful session midafternoon in which an engaged crowd learned more about The Legendary Horseshoe Tavern, I got in line at Gatsby’s for The Pandora showcase featuring Matt Costa, Caitlyn Smith, Nikki Lane, Lukas Nelson & Promise of the Real, and Nathaniel Rateliff & The Night Sweats. The 30 minutes in this queue was well worth the wait. I got inside and found a spot right in front of the stage, parking myself for the night. As a veteran of these types of music festivals, I’ve learned that sometimes it’s better to just pick a venue and stay, rather than hopping from club to club to catch various artists; often, if you follow that strategy, you spend more time in lines, less time hearing music, and missing some of the acts you really wanted to see.

The first three acts (Costa, Smith, and Lane) I had never seen before, but I was aware of their music. All three were a pleasant surprise, making the most of their 40-minute sets, but it was the pair of headliners I was there to see. I had first seen Lukas Nelson and Nathaniel Rateliff last September at Farm Aid; both blew me away with their passionate performances. Neither act dissapointed in Austin. Each artist had either a new album in the works (Nelson) or one that just dropped (Rateliff); their SXSW appearance was the perfect place to showcase a few of these new tunes. Once again, Nelson showed his prowess on the guitar and made his Gibson sing. Despite some technical difficulties with Nathaniel’s pedal board, he and his tight, energetic band left the audience in awe and craving more as the concertgoers poured out into Austin’s downtown at 1:30 a.m. 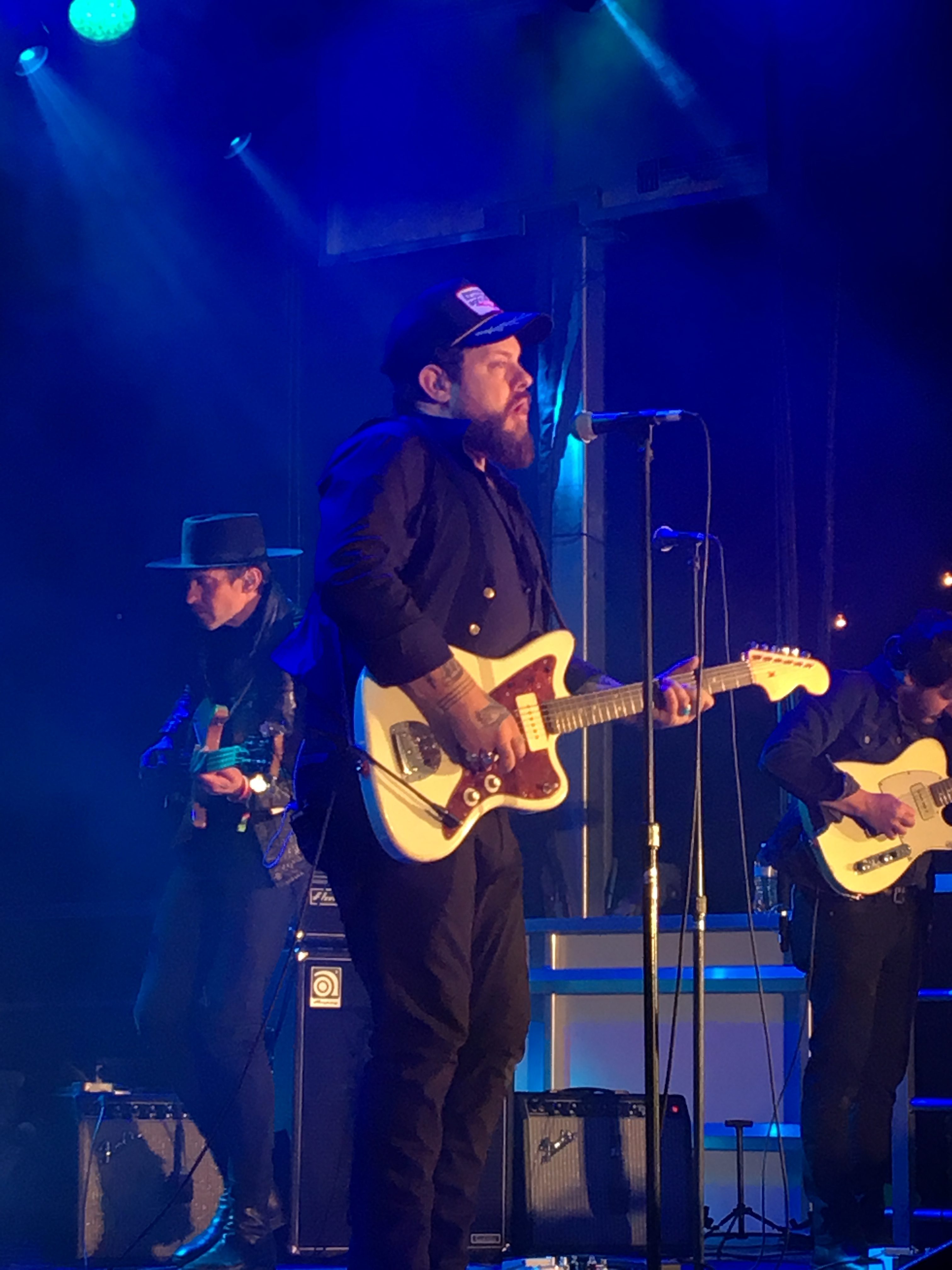 After a taxi adventure back to my hotel in the suburbs — the driver said he knew where he was going, but really was lost — I finally hit the hay shortly after 3 a.m.

March 14: My alarm once again woke me up after only a few hours sleep, but since it was my last full day in Austin, I was up and ready to make the most of the next 36+ hours. After a delicious Tex-Mex lunch of chilaquiles at Mario’s Taco Xpress, I rambled down to road to take a tour of another legendary Austin venue: The Broken Spoke. (As an aside, the day before, at the festival, I had listened to Broken Spoke owner James White and the author of a recent book about this classic country bar that opened in 1964 talk about its rich history; a honky-tonk where everyone from Tex Ritter and Bob Wills to Jerry Jeff Walker, Willie Nelson and Garth Brooks have played.)

Wandering back toward downtown from my tour of The Broken Spoke, my ears caught the sounds of live music coming from the parking lot of Waterloo Records. Once again, this was all part of my first SXSW experience: part planning and part spontaneity — going where my ears and my feet took me and being open to stopping and listening whenever the spirit moved me. The artist in question was one of my many new discoveries on my Austin adventure: Lucy Dacus from Richmond, Virginia.

Later that afternoon I ended up at The Canada Blast at Swan Dive’s outdoor stage to say hi to industry colleagues and hear some of our homegrown talent, including the indie-soul of Ahi and the fiery, energetic, banjo-like-you’ve-never-heard-before fireball that is Lisa Leblanc.

Later, my early evening highlights included Joshua Hedley at Antone’s and Jade Bird at The British Embassy, who I had flagged to see prior to travelling to Austin. I listened to this songwriter from the line outside the venue. I only got a sample, but liked what I heard and made a note to seek out more of her music. Luckily, the club emptied a bit after Bird’s set and I got a spot inside to hear a spirited acoustic set by Frank Turner, where he previewed some of his newest songs. 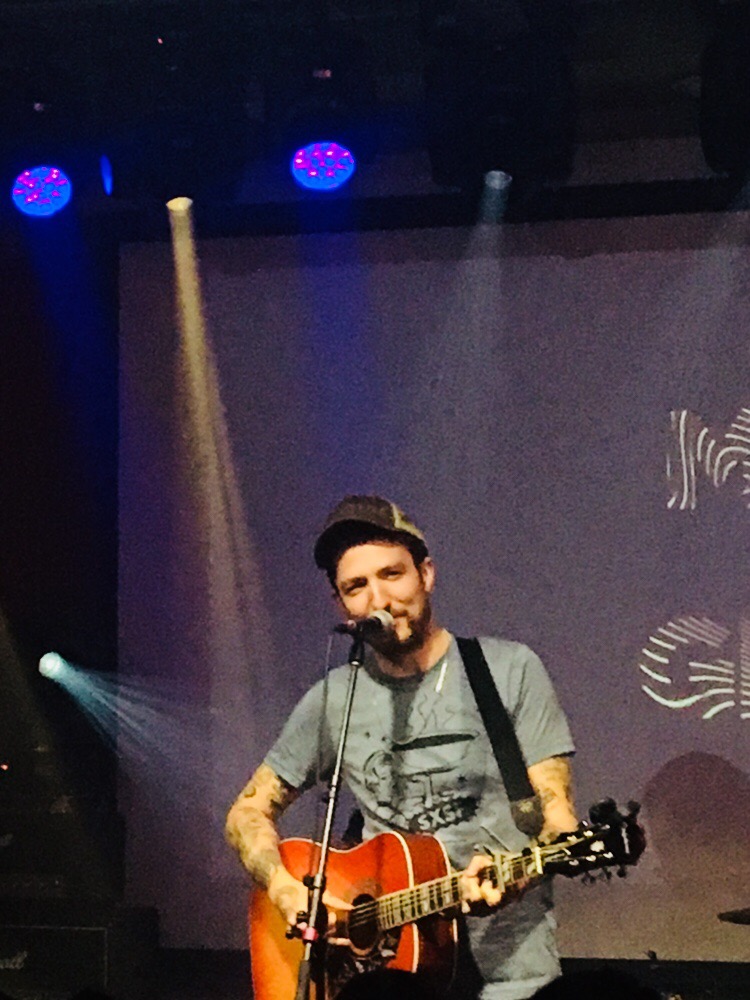 The highlight was a tune about the current political climate in the US — a smartly written tongue-in-cheek number called: “Let’s Make America Great Again.” Before playing the song, Turner joked that he had already played it once in town earlier in the day and “nobody shot me!” The line that struck me the most was this one: “let’s make racists ashamed again.”

After Turner’s set ended far too soon, I decided to head back to where my 4-night musical marathon began: The Continental Club. After walking several miles, once there, I settled in for the rest of the night. I rested my weary feet in the back room with the headliners (The Waco Brothers) and their friends, watching from the couch the last few acts of a showcase from one of my favorite record labels: Bloodshot Records. The fine group of Americana acts I heard included Ruby Boots and Sarah Shook & The Disarmers.

The Waco Brothers closed with their usual raucous set that got the late night revellers partying on the dance floor. Near the end of their set, the band invited several guests to join them, including Boston Red Sox organist Josh Kantor.

Outside the club, as I waited for a ride at 2 a.m., I met another restless wanderer; he was sitting on the bench at the bus stop, doodling with a sharpie on an empty pizza box. As I left him to jump in a cab, this stranger tore off a strip of the box and wrote down his name, telling me to look him up and connect with him on Facebook. As I bid goodbye to The Continental Club and this newfound friend, I headed back to my hotel. Falling asleep with a mixture of musical memories ringing in my ears, I dreamed of one day returning to Austin, a city that rightly can call itself the “live music capital of the world.”

If you want to hear my book talk, which I did along with Jeff Cohen, the current majority owner of the Horseshoe Tavern, here is the link. You can also learn more about my book here: www.horseshoetavernbook.com.

JOURNAL EXCERPT: Inside the Movement Toward Sustainable Vinyl Records