“And if I should live to be

The last leaf upon the tree

Let them smile, as I do now,

At the old forsaken bough

“I fight off the snow

I fight off the hail

Nothing makes me go

Today’s post is the last for now in this micro-mini-series featuring the elder statesmen of songwriting. Tom Waits hasn’t hit his 70’s yet, but we Tom-waits-reduced won’t hold that against him. His voice, both literal and metaphorical would be sorely missed in our musical landscape had he decided on a career in, say, pharmaceuticals instead of songwriting. He, too, is addressing mortality in his songs. The image of “the last leaf on the tree” is not a new one. The Oliver Wendell Holmes poem quoted above showed up in the Yale Book of American Verse in 1912. Writers are always re-working older archetypal/poetic images. I think its actually part of the job description. I will mention also that anyone who can use the word ‘vestigial’ in a song gets bonus points. And by the way, the 2nd old-dude voice on this recording is Kieth Richards… 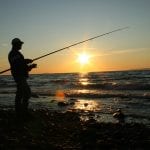 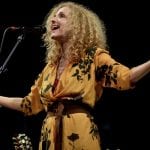 THROUGH THE LENS: Tributes to Bakersfield, Chicago, and Tom Waits and More