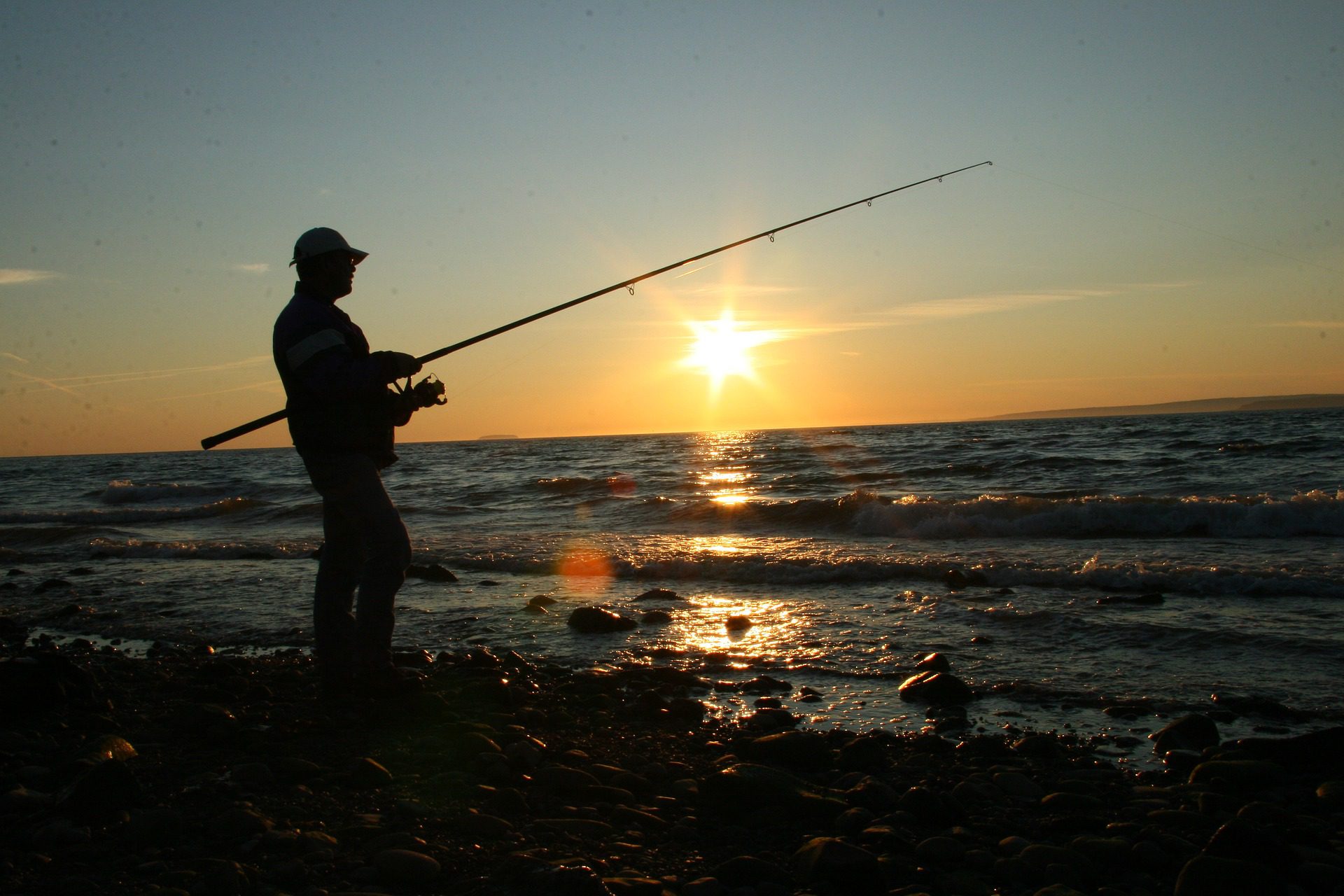 My dear editor probably won’t like the title for this year’s annual list of my favorite music releases and new discoveries. I try to be the early-bird worm catcher before the onslaught of the thousands of other end-of-the-year lists, many of which are classified as polls since they involve voting. No Depression always offers an extensive readers poll and another one from their reviewers and contributors. Usually I don’t participate because I just don’t like ranking systems when it comes to artistic endeavors. I adhere to a “there’s no such thing as bad music” and “one person’s trash if another’s treasure” personal code, although I do scan or read many of these annual lists because admittedly there’s always something new to learn that I didn’t know about.

With over tens of thousands of new album releases each year, it is impossible for any one person or group to listen to every single one in order to somehow quantify or offer an objective and definitive opinion, but it makes good copy and there is a public demand for lists of just about anything and everything. In a complicated world, whether it’s the Favorite Four-Finger Guitarists of All Time, The Best New Zealand Hiking Trails Ranked and Rated, Ten Outstanding Summer Colors for Your Bedroom, or Trump’s Top 100 Flagrant Lies of the Week, there is something calming and easy about using lists to assist in our organizational thinking and decision-making.

But let’s get back to me, and my music pole. I’m choosing this term because it represents music that really touched me in some way. I imagine holding a fishing pole with the line in the ocean, and something grabs onto it, and then I reel it in. Anyway, that’s the concept and here are my ground rules: There is no particular order or rank, it is neither definitive nor complete, and the music doesn’t need to have been recorded or released this year. My pole is one of discovery, and I’m sure you have your own as well.

Robinson travels across the country in an RV with her husband, and she recorded her third album, Traveling Mercies, in East Nashville with producer Neilson Hubbard. This one has been on my playlist longer than any other, and I’ve also added her other work.

If you’ve heard of her for the first time this year it’s likely because of the song “The Dress,” which deals with her experience of rape. She was 22, drugged in a bar, and assaulted. Like many others, she didn’t report it, and dealt with the aftermath by falling into depression. She went through therapy and eventually became a social worker and crisis counselor before dedicating herself to music full-time. I’m unable to explain exactly how or why this song has affected me in such a powerful way, but it tears me up every time I listen.

A large part of American folk and roots music has come to us from Africa through the forced migration by abduction into slavery. This year a young man of 26 from Nairobi, Kenya, who came to America by choice has released what I believe to be one of the finest debut albums ever. He chose to settle in Minnesota in 2013 because it was once the home of Bob Dylan, whom he discovered in his teens and memorized many of his lyrics. After taking online guitar lessons and doing the open-mic circuit, he developed a unique songwriting style and added in a sense of fashion that’s not often in a genre seen beyond cowboy couture.

The Milk Carton Kids – The Only Ones

Clocking in at less than 30 minutes, it’s fitting that when The Milk Carton Kids released this in the UK, it was on a 10-inch vinyl pressing. With their glorious, luxurious harmonies, Kenneth Pattengale’s 1954 Martin 0-15, and Joey Ryan’s 1951 Gibson J45, this is a completely stripped down seven-song set that was recorded last summer. Not only do they still hold the Paul and Artie vibe, but are getting mighty close to exceeding it.

Various Artists – Come On Up to the House: Women Sing Waits

Here’s something that is totally uncool to admit in public when among music people: I’ve never liked Tom Waits all that much. He’s written some great songs, but I’ve felt that his voice and instrumentation have gotten in the way. There was a six-month period around 1983 when I listened to Swordfishtrombones every day while under the influence of some heavy duty weed, but that’s about it. So it’s been a joy to listen to this tribute to his music sung by women who make it more melodic and bring out the best in them. I’m a cover song freak anyway, so this one works for me.

Here’s a confession that I never thought I’d share: With each year that passes, I find myself looking forward to the next album from the son rather than the father. Ten years ago, when I started listening to Justin’s music and following him on social media, it felt as though he might not make it past his 30th birthday. In 2010, after a nasty public fight at a club, he entered rehab — not for the first time — and it seems to have kicked his butt down a better path. He was married in 2013, they had a baby four years later, and now comes his ninth album, The Saint of Lost Causes. In a recent interview he shared that he and his dad are working on some sort of collaboration for 2020, which I sit on the edge of my seat awaiting.

The Delines – The Imperial

It took five years for this Portland-based band to release a follow-up to their 2014 debut, Colfax. In January 2016 vocalist Amy Boone was hit by a car in Austin, breaking both of her legs, which required several major surgeries and a long recovery that put the band on hiatus. Author and songwriter Willy Vlautin’s lyrics seem perfect for Boone’s approach and style, and the band is seasoned, soulful, and tight. The Delines are Amy Boone on vocals; Willy Vlautin on vocals and guitar; Sean Oldham on drums and vocals; Cory Gray on vocals, keyboards, and trumpet; and David Little on bass and vocals.

Phoebe Bridgers and Conor Oberst teamed up for a folk-rock-pop album that is far less duo and more about the band. They’d been writing songs together since spring 2017, and kept the project quiet until earlier this year. This is unlike each other’s solo work, and whether you’re a fan or have no clue who they are, it just works.

Back in 1982, at age 19, Blaylock joined Jimmy Martin and the Sunny Mountain Boys as a mandolin player for nine years. After stints with Red Allen, Rhonda Vincent, and others, he formed Redline back in 2004. This year they’ve released their seventh album, and the current lineup has Blaylock doing lead vocals and guitar, with Evan Ward (banjo), Mason Wright, (fiddle), and Reed Jones (upright bass) filling out the lineup. The Originalist is split with six new songs and six classics. I love the powerful sound and harmonies, and have been delving into the catalog. (Just a note about the video: This is a performance from Mike Huckabee’s show, and I want to be clear that this is not a person I support, with his right-wing political views and rhetoric. But Blaylock’s music is great.)

Crystal and Pete Damore met at an open mic in Texas in 2009, got bitten by the creative bug, bought an RV, and hit the road to play wherever they could. Performing and recording under the band name Ordinary Elephant, they were named Artist of the Year at the 2017 International Folk Music Awards. Crystal handles lead vocals and acoustic guitar, while Pete plays clawhammer banjo and sings harmony. I’d also recommend checking out their first album, Before I Go.

This set was released back in June and includes eight shows that Hank recorded on two successive Sundays at WSM-AM in Nashville in October 1949. These transcriptions were sent out as radio shows that had spots left out so the local announcer could read ads or other copy. Including the theme song below, there are 49 tracks on this set, presented for the first time the way they should be heard. In previous years, beginning in the early ’60s, these performances have been sliced and diced umpteen ways. Even though these recordings are 70 years old, they’re of excellent quality and Hank and his fellow musicians are simply outstanding.

Luther Dickinson and Sisters of the Strawberry Moon – Solstice

This is a stellar one-off production that has Dickinson surrounded by a group including Amy Helm, Amy LaVere, Shardé Thomas, Birds of Chicago, and the Como Mamas. The concept took three years to put together and was recorded over a four-day session at the Dickinson family’s Zebra Ranch Studio in Independence, Mississippi.

Echo in The Canyon Original Soundtrack

Doing an album of cover songs from the ’60s for a film rather than using the originals is taking a big chance, but the recordings are so intertwined with the documentary that I think it works well. I’m a fan of Jakob Dylan’s work with The Wallflowers, as well as his vocal style, so perhaps that’s part of why I find this collection palatable. He did a fine job of bringing in a strong group of modern-day songsters and a solid backup band to support him. I know this collection has been panned by many reviewers, but I’ll stick my neck out and give it two thumbs up. This clip features Jade Castrinos.

I consider this one of my greatest discoveries of the year. Released back in October 2011 under the name The Starbugs, the group features Jessie Hillel, Rebecca Jenkins, Sarah Whitaker, Ben Anderson, and Roisin Anderson, who at the time were aged 7 to 15 and are from New Zealand. Produced by Radha Saha and David Antony Clark, it must have taken quite some time to go through 40 Dylan albums to find songs that would work with preteens. The entire album is a pure delight, and the man from Minnesota himself gave his personal blessing for using an alternative version of “You Ain’t Goin’ Nowhere.”