#Please have an open mind before you read this review as it features artists  from the North East of England venturing out into the murky world of Rock and Roll that only a select few have seen or heard prior to this concert. Check them out on www.soundcloud.com

Tonight’s concert at Sage Gateshead was the first public airing of a musical revolution that has been secretly going on in Tyne and Wear for nearly two years.

Based around the Bunker and Independent clubs in Sunderland and the Head of Steam in Newcastle, 20 or more singers and bands have been quietly (sometimes noisily) learning and plying their trade before audiences often numbering single or double figures. That has served as an apprenticeship, which means the recent swathe of singles and albums are all very professional and polished.

Grinning from ear to ear and exuding a confidence that belies her tender age Natasha Haws wowed the sold out Hall II crowd with a short and intimate set of brittle folk songs that detail fractions of her life.

Natasha’s single Stepping Stone was simply beautiful but posed the question, “what kind of fool could be so cruel to such a pretty and intelligent young woman?” Her well crafted songwriting, crystal clear voice and intricate guitar playing on songs like Stranger and Little Man bode well for a long and lucrative career.

The nine-piece Union Choir didn’t hang about as they cranked the already electric atmosphere up to 11 with a brand of Indie music that couples the best Pop melodies with a light classical-meets-Jazz vibe. And, do you know what? It worked fantastically well.

The opening notes of their recent single Your Melodica received a huge cheer from their excited fans at the back of the Hall and you could see why as the song has all of the hallmarks of Pulp or the Smiths at their very best…which is quite some achievement for a band fresh out of College.

Singer Jon Melvin wears his influences on his sleeve (see above); but if you can get past the bleeding obvious you will see a Scott Walker for the 21st Century.

After a short comfort break, when the bar was virtually drunk dry, Martin Longstaff AKA The Lake Poets strolled on stage dressed in black like a diminutive Johnny Cash with the voice of an Angel… albeit an Angel with a dark side.

Many of Martin’s songs are reflective or observational, often becoming haunting vignettes of lives we don’t want to see. 1996 and Lost Boy are perfect examples as they tell tales of broken homes and young lives that are destined not to end happily.

At face value The Lake Poets should be categorized as a Folk act. That would be far too simplistic, although the bittersweet Friends and possibly Small Town both stray into the territory vacated by Nick Drake and John Martyn.

The Lake Poets aren’t just Martin Longstaff on his lonesome, as was proved when an actual band with electric guitars and drums magically appeared from the shadows at one point to join the singer for a song called April.

This was some of the punchiest folk-rock that I’ve heard in years, especially when Steven Calder’s wailing harmonica solo’s captured the very essence of the depressive state of mind that the song was about.

The Lake Poets are a very flexible unit and are more than willing to straddle musical boundaries as the whim takes them. One song featured some wonderful Blues slide guitar and another had what looked like a flugelhorn alongside a Spanish guitar riff and even the much maligned banjo made an appearance for the Country-Rockin’ How Do You Fix a Lost and Broken Heart?

Folk? Blues? Country? It’s impossible to pigeon-hole The Lake Poets and that’s a good thing in this X-Factor dominated world.

For me the highlight of the evening was a tragic tale that Longstaff has turned into a beautiful and heartbreaking love song; North View. It was about a family dealing with the death of a Grandfather and the wife of 60 years who is left behind and suffering from Alzheimer’s. It fair near froze my blood.

A thoroughly wonderful evening ended with The Lake Poets new single City by the Sea and its anthemic chorus which will surely become a football song one day. 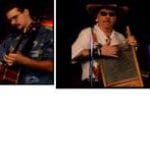 Any given Tuesday….Shadys on a Tuesday night with Freddie & Brandon 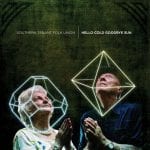