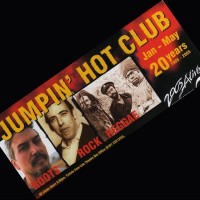 To whom it may concern;

In 2002 I had my first ever review printed in the UK's premier Americana/Country /Roots magazine Maverick; then in 2009 I submitted my first review to the fledgling No Depression website.

Subsequently I have had photographs and written work featured on several other UK based Americana and Blues websites that have come and gone over the years, three Regional newspapers (Sunday Sun, Evening Chronicle and Northern Echo) plus I have also had several photos in the Guardian and Daily Telegraph national newspapers. From Day #1 my reviews were consistently 'featured' on the No Depression homepage; so I presume I must have done something right.

Writing reviews has always a 'vanity project'; bringing my writing and photography to a large worldwide audience; but times and publishers change so I began my own website/blog The Rocking Magpie https://rockingmagpie.wordpress.com/ in December 2015.

"It has been emotional." quote V Jones

Think about this for a minute; how come a man who was at the forefront of what we now know as *Ameripolitan or whatever we are calling ‘Real Country’ these days, is having to fund his latest album via his […]

When I reviewed Jimmy Livingstone’s previous release ONE EYE OPEN/ONE EYE CLOSED I described it as ‘being a big sound on a small budget’ and here the budget involved in the recording appears bigger; but the sound he creates hasn’t […]

A Special Way To Celebrate a Wonderful Life at Christmas.

Phew…..I don’t really know where to begin here; where does the time go? It’s now over a year since Belfast Boy Bap Kennedy died and his passing still feels as raw to me as it must his family. Here, Bap’s […]

I’d not heard a single word about this release before it arrived last week; yet it has all of the hallmarks of being a huge International story, because drummer extraordinaire Jonathan Joseph has assembled a truly All-Star cast, made up […]

In the week my home city of Newcastle in NE England is celebrating a full year commemorating the Rev’d King being awarded the Freedom of our City 50 years ago in 1967; and a speech he made condemning the racism […]

Bruce Cockburn? This is his 33rd album since 1970, yet his first in 7 years and a multi-Multi-Award winner but could probably walk unnoticed down most streets in his home country of Canada. That said his fans around the world […]

The Bard of Brady Square Blows The Boat to Bolivia Out of the Water!

I’m sure Martin G Stephenson, of this parish has some weird form of Musical Tourrettes; as the ideas just spring forth from his over active imagination and he can’t stop himself recording them. Over the past few years he has […]

It’s Canadian Rock n Roll and I LOVE IT!

Even if I hadn’t already been a fan of this feisty Canadian Rocker; the artwork on the CD cover would have caught my attention in a Record Shop; and if the man behind the counter was kind enough to play […]

Recently I’ve been embroiled in a couple of arguments (inc. 2 x Twitter spats) regarding what is/isn’t Country Music these days, with far too many sub-genres muddying the waters; so let’s just say singer-songwriter Case Garrett is the embodiment of […]