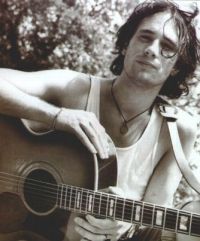 On May 29, 1997, singer-songwriter Jeff Buckley and roadie Keith Foti were in Memphis, on their way to resume work on Buckley’s sophomore album–the follow-up to Grace–when the singer made a spontaneous decision to go for a swim in the Wolf River. Unbeknownst to him, the Wolf (a tributary of the mighty Mississippi) is known for its strong undercurrent. Buckley jumped in, fully clothed, smiling and singing Led Zeppelin’s “Whole Lotta Love.” That was his last dramatic act. A week later his body was discovered in the water close to Beale Street. He was 30.

Born on November 17, 1966, Buckley was the son of folk legend Tim Buckley (who died at age 28 of a drug overdose–the younger Buckley was quite pleased he had outlived his father). He did not really know his father and was raised by his mother. During his formative years, Buckley came into his own as a musician and singer. His haunting vocals were matched by his amazing guitar work and musical arrangements.

Much has been written about Jeff Buckley and his short life, and more will continue to be written. As we note the 17th anniversary of his passing, I feel that a thorough investigation of the songs his peers and contemporaries wrote about him, following his death, can attest to his influence and impact.

What proceeds is a chronology of the songs and short blurbs about their connections to Jeff Buckley. I encourage you to listen to each song–all are embedded in a playlist at the end of this post.

Quite possibly the very first tribute to Jeff is Juliana Hatfield’s “Trying Not To Think About It,” which appears on her first solo EP, Please Do Not Disturb. Buckley was the opening act for Hatfield during several shows in 1995. After learning of his passing, she penned this song–even more tender because of her sweet, angelic voice. She also credits Buckley’s mother Mary Guibert and the strength and fortitude she showed following his passing.

According to Lydia Hutchinson’s article “Remembering Jeff Buckley,” the day before Jeff’s fatal swim he called Rebecca Moore and left the following message: “Think of me and smile … I’m gonna work my ass off, baby … I’ll see you on the other side.”  Rebecca was an ex-girlfriend of Buckley’s and supposedly his inspiration for several songs on Grace, including “So Real” and “Lover, You Should’ve Come Over.”

Elizabeth Fraser contributed vocals and lyrics for several tracks on Massive Attack’s Mezzanine LP. Interestingly, Madonna had been a candidate for the track, but in a two-to-three vote, the group went with Fraser. She had had a complicated relationship with Buckley, and had previously written songs about him in 1996. Sadly, while she was writing the lyrics for what would become “Teardrop,” she received news of his passing. In theory, this song was written closer to June 1997, but it was not released until a little later.

Here’s the video, with the creepy fetus lip-syncing along to Fraser’s vocals:

This is a fan song. Nova apparently wept after seeing Buckley perform for the first time and wrote this. A date is not known, but it predated his drowning.  While technically not a tribute song, due to its release almost a year to the day after his passing, it unintentionally became one.

Apparently Buckley and Hole singer/founder Courtney Love had a fling. While the song is not exclusively about Buckley, his passing greatly influenced it. As Love told Spin in May 1998, “It’s from our Unplugged days. It started out all peppy and poppy, but then Jeff Buckley died, and it became a homage to Evan [Dando] and Jeff and Brian Wilson. It’s all about self-destructive pop boys.”

Duncan Sheik never met Buckley so, technically, this appears to be just a fan’s tribute song. But there’s a connection here: Matt Johnson, Sheik’s drummer for the Humming LP, had been Buckley’s drummer on Grace and for his Mystery White Boy tour. Sheik gave Johnson the option not to play on the track if it was too personal; not only did Johnson give his blessings on the song, he chose to perform on the track, too.

This is another song that is simply crafted by a fan–an incredibly talented fan: Canadian singer-songwriter, Ron Sexsmith.

Glen Hansard, frontman for the Frames, knew Buckley pre-Grace success. Buckley had served as Hansard’s guitar tech in 1991 when Hansard toured the U.S. with the Commitments (in support of the film of the same name). They even performed together at the legendary Sin-e.

Another song that technically was written closer to Buckley’s passing in 1997 is Chris Cornell’s “Wave Goodbye.” Cornell and Buckley had been friends since 1993. Following the latter’s death, Cornell helped Buckley’s mother Mary put together the posthumously released album, Sketches for My Sweetheart the Drunk (key word being sketches, as the songs were never completed prior to his passing).

Most likely written well before the release of Bachelor No. 2,  Aimee Mann’s “Just Like Anyone” attests to her sporadic friendship with Buckley. Probably her most endearing story was a night that the pair spent in a loud crowded bar, and instead of trying to shout so that they could hear one another, they passed notes on napkins.

More of just a reference,  Badly Drawn Boy’s “You Were Right” places Buckley in the company of Sinatra, Cobain and Lennon.

Correia had seen Buckley perform back at Sin-e. Her experience was similar to Heather Nova’s … one which she relayed in a touching blog post for Purpleclover. On her debut album, Carnival Love, she included “Blind River Boy,” a detailed recounting of his final moments, even including his singing of “Whole Lotta Love.”

Elysian Fields is a band with many rotating members, several had performed and/or knew Buckley. The entire album Queen of the Meadows is dedicated to Jeff’s memory, but “Tides of the Moon” and “Cities Will Fall” are often identified as specific tributes to him.

Another friend of Buckley’s…here’s Mark Eitzel and his contribution to the tributes. “To the Sea” has a similarity to Rufus Wainwright’s complicated feelings regarding Buckley (see below).

Nile, a man with a very storied career (and a significant hiatus), was a friend of Buckley’s. He originally wrote this piece in 1999. Lucinda Williams has called it one of the most beautiful songs ever written.

For years, Wainwright had watched Buckley from the sidelines, seething with jealousy. About a month before Buckley’s passing, he ended up at one of Wainwright’s shows. When Rufus started experiencing some tech issues, Jeff Buckley  jumped up on stage to fix the situation. Following the show, they shared a few beers. This is Rufus’s tribute to Jeff Buckley , with allusion to the Orpheus myth.

In theory, this is a song written on the day Buckley died. It originally appeared on Live from New Jersey. (A fuller studio version is featured on the 2006 album Nightcrawler.)  Yorn never knew Buckley, but definitely understood the power of his music. 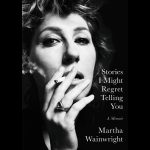 THE READING ROOM: Martha Wainwright Pulls No Punches in Memoir 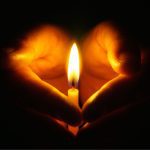