The year 2014 marked the 17th anniversary of Jeff Buckley’s passing, the 20th anniversary of the release of Grace (his only fully realized studio album), and this November 17th brings what would’ve been his 48th birthday.

For the most recent anniversary of Jeff’s untimely death, I wrote a retrospective of songs that were written about him, demonstrating his impact on his peers and the “next” generation of musicians. But, what of those artists who influenced him?

While the shadow of his father, Tim Buckley, obviously loomed over him, Jeff’s influences were quite eclectic. In truth, Buckley ignored his father’s music for a majority of his life. Early video shows him performing music ranging from metal to folk, as he didn’t care about fitting into a specific genre. But, more importantly, he cared about what could be done by pushing the musical fold. For a young artist, playing covers is an important part of starting out as a performer. And, while Buckley once likened himself to a “human jukebox,” many of the songs he chose were not the most likely covers. (See the Live at Sin-é Legacy Edition for a great example of this.)

Interview magazine spoke with Buckley in 1994, and he revealed that he was “’brought up with all these different influences — Nina Simone, Nusrat Fateh Ali Kahn, Patti Smith — people who showed [him] music should be free, should be penetrating, should carry you.’” So, what follows here is a fairly exhaustive list of artists that Jeff chose to cover during his short career. While many of these have official recordings, several exist only in bootleg form. 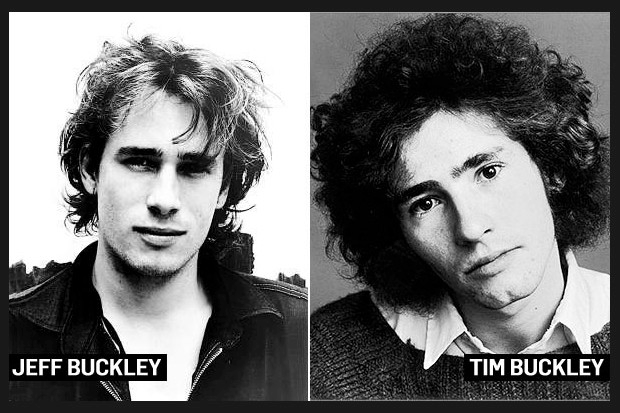 Buckley’s “coming out party” was his appearance at Greetings from Tim Buckley in 1991, a celebration of the works of his late father. He chose to perform “Once I Was” and “I Never Asked to Be Your Mountain.” Of these two, both could be viewed as lamentations and songs that reference the idea of legacy. Of particular relevance and intimacy in regards to both Buckley and his mother Mary Guibert, his version of  “I Never Asked to Be Your Mountain” had a profound impact on those in attendance. It was not only that he seemed to be channeling his father, it was also a public display of coming to terms with their complicated history (or lack thereof). 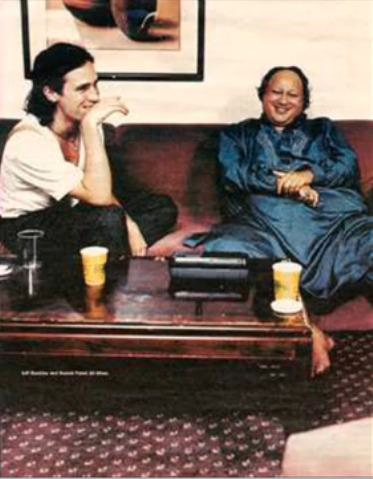 Buckley was one of the foremost advocates of bringing the music of Nusrat Fateh Ali Khan to the masses. So much so, that Nusrat dedicated his album, The Supreme Collection Volume 1 to Buckley’s memory. In fact, Buckley helped expose a whole new audience to Nusrat’s music. There were several songs that he chose to perform live, including “Yeh jo Halka Halka Suroor Hai,” which was captured live on Live at Sin-é Legacy Edition. And, later, he performed “Face of Love” from the film Dead Man Walking. At one point, Buckley suggested that Nusrat was one of his earliest influences and was in fact his “Elvis.” Live at Sin-é Legacy Edition, features some banter by Buckley about Nusrat and a bit of “Yeh jo Halka Halka Suroor Hai”.

Nina Simone will be forever associated with Buckley, courtesy of two songs documented during the recording of Grace. While neither “Lilac Wine” or “The Other Woman” were penned by Simone (James Shelton and Jessica Mae Robinson respectively), when listening to Buckley’s versions, there’s no doubt whom he was covering. In concert, he also performed other of her classics such as “Wild Is the Wind,” “If You Know,” “That’s All I Ask,” “Be Your Husband,” and “I Loves You, Porgy.”

Van Morrison’s vocal styling and R&B influences seem like a natural fit for Buckley to have found inspirational. While “The Way Young Lovers Do” and “Sweet Thing” appear on the Legacy edition of Live at Sin-é, he also performed “Madame George” in concert.

Buckley was always self-conscious about his lyrical ability, and he highly revered the poetry of Bob Dylan. Probably the most covered artist, Dylan isn’t just a poet, but a unique vocal stylist. Most easily tracked down are “Mama You’ve Been on My Mind” (appears on the Grace Legacy Edition), while portions of “I Shall Be Released,” “Just Like a Woman,” “If You See Her Say Hello,” and “Dink’s Song” appear on the Legacy Edition of Live at Sin-é. There’s also a version of “Farewell Angelina” which Buckley recorded during his days working with Gary Lucas.

Robert Plant was also a major influence on Buckley’s vocals. As another artist who was inspired by R&B and blues, Plant used his vocal range to put the emotional core behind the music of Led Zeppelin. In his 1994 conversation with Interview, Buckley said of Plant, “‘[He]’s my man! The cool thing about all those Zeppelin songs is that, because of the way Plant sings, if you put them into a different musical setting, they would sound like R&B songs. With Led Zeppelin, everything was out of tune, and Plant sang wrong notes. But he was the one that showed me that there aren’t any wrong notes.’” While glimpses of “Night Flight” and “Kashmir” appear on Live at Sin-é Legacy Edition, full-length bootlegs can be tracked down, as well as a fantastic version of “When the Levee Breaks“. 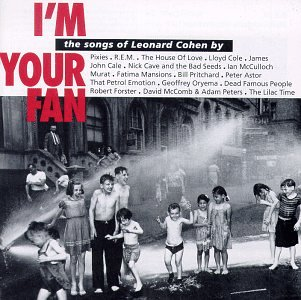 By now, it’s hard to find an artist that hasn’t made a cover of Leonard Cohen’s “Hallelujah.” While many feel that it was Buckley who re-imagined the song on Grace, making it the more commercial success that it is today, in truth, it was John Cale’s 1991 version from the Cohen tribute album I’m Your Man that served as Buckley’s inspiration. Regardless, the flood of “Hallelujah” covers post-Grace are courtesy of Buckley.

His take on Billie Holiday’s version of “Strange Fruit” can be found on Live at Sin-é Legacy Edition (although, several more engaging bootlegs are circulating, especially his version from KCRW). As with many of the artists he looked to for inspiration, Holiday found her power in the emotion behind her voice.

Other songs Buckley covered and that influenced him include:

In close, here’s one final excerpt from Buckley’s 1994 conversation with Interview magazine, which sheds light on what truly influenced him musically:

‘Words are really beautiful, but they’re limited. Words are very male, very structured. But the voice is the netherworld, the darkness, where there’s nothing to hang onto. The voice comes from a part of you that just knows and expresses and is. I need to inhabit every bit of lyric, or else I can’t bring the song to you—or else it’s just words.’”