0
0
Shares
The E Street Band’s current Australian run, on the back of the bits-and-pieces High Hopes album, is only the band’s third trip down under since 1985, but comes less than  a year after the highly successful Wrecking Ball tour.

‘Back by popular demand’ said the promo, but I feared it may be a little too soon. Not at all. The buzz around the tour is incredible. On the evidence of the second Melbourne show, I can see why.

At 64, Bruce is still doing three-and-a-half to four hour shows; marathon tours de force that first became the stuff of legend in the 80s, when he was a kid in his thirties. His only rock’n’roll excess then was onstage. Instead of trashing hotel rooms, he spent downtime in the gym.

These days, with a vast body of work to choose from, each night is filled with hope and surprise. There’s classic E Street material, stuff from the solo albums, the Seeger sessions, and new originals. And covers, from the obscure to the crowd-pleasers. It’s this body of work that puts Springsteen, for me, in a class of his own. The Rolling Stones are touring here soon, and they still bring it on stage, but they hardly play a song less than 40 years old. Dylan has made some great albums in the later stage of his career, but his live shows are less than stellar.

Few artists could get me to an outdoor stadium. I’ve had bad experiences with stadium acoustics, and there are few musicians I admire who even play in stadiums. Springsteen is an exception to many rules. He’s the only artist I’d choose to see – and bother to write about – whose Facebook page has more than 4 million “likes”.

A stadium is never going to give you the same experience as a small venue. It’s a little like the difference between cinema and theatre. Cinema can be infinitely subtle, while theater requires broad gestures. Is one better than the other? Do you have to choose?

After five ‘regular’ shows in Perth and Adelaide, the E Street Band hit Melbourne for two shows at AAMI Park, an uncovered football stadium holding more than 30,000. On the first night Bruce came on stage with Eddy Vedder for a rousing ‘Highway to Hell’ – guaranteed to please an Aussie crowd, including those who would normally run a mile from AC/DC. The centerpiece was the complete Born in the USA album.

I gleaned all this while chatting with fellow punters through a hot and sunny afternoon. We had general admission tickets and lined up five hours before Bruce was due on stage, in the hope of getting  up close. Happily, we were right in front, about ten yards back from the fence, maybe twenty from the main stage. Many of those around us had wristbands from the previous night, some from other shows as well. A forty-something woman from Darwin was there with her teenage kids. She’d been the night before, and had tickets for Sydney and Brisbane.  I knew there were fans who follow Bruce with almost religious devotion, but I didn’t expect so many to be so young. There were kids with their parents,  groups of teenagers, many in their twenties and thirties.

(I bought GA standing tickets without consulting my wife. We could have had reserved seats in the grandstand for the same price, but I wanted to be down front for the best sound and view. Bruce is a little older than us and surely if he can play for that long, we can stand? We were actually on our feet most of ten hours including walking, queuing, waiting and support acts. At night’s end, Alison said I’d made a good call. )

The show began with ‘Born in the USA’ – never my favourite song, but it came with a huge surge of adrenaline, and I was immediately punching the air and singing along with everyone else. ‘Born In The USA’ segued into ‘Badlands’ and ‘Lucky Town’. No surprises yet. Next came the relatively obscure ‘Roulette’. It was high octane stuff. ‘Growing Up’ (from Greetings from Asbury Park) gave us a chance to catch our breath. It was then I counted the people on stage. I made it seventeen, including five guitars. Five guitars? Well, it’s a big stage, and nobody looked like they were along for the ride. Apart from Soozie Tyrell, who doubles on violin, the guitars belong to Bruce, Steve Van Zandt, Nils Lofgren and Tom Morello. Who are you gonna leave out? (Earlier, we counted ten lighting operators climbing high into the stage rigging. It’s big.)

The first section of the show ended with four recent songs – two each from Wrecking Ball and High Hopes – then two more from Asbury Park. (The High Hopes songs included an excellent version of Australian band The Saints ‘Just Like Fire Would’.)

Following a sublime ‘Spirit in the Night’, Bruce announced that tonight’s “something different” would be the complete Born to Run album. I looked around me, and the faces told a story. It was like an Oprah audience who’d just been told they were all getting a car.

Many die-hard Bruce fans favor Darkness at the Edge of Town, but Born to Run is the one for me, the one I return to again and again. The iconic wrap-around cover shot features just Bruce and the late Clarence Clemons, and together they own the album. It’s impossible to imagine Born to Run without Clemons’ magnificent, roaring sax, propelling the up-tempo songs, providing some tender moments on the slow ones. Jake Clemons, nephew of The Big Man, channeled his spirit perfectly. Jake’s sound is similar, and it’s all about soulfulness – in the tradition of r’n’b players like King Curtis – rather than virtuosity. It was just a privilege to hear Born to Run in this setting. The look on Jake’s face said it was a privilege to play.

The rest of the show went by in a blissful blur. Apart from a couple of songs from Born in the USA and one from The River, most of the material was from the second half of Springsteen’s career – Tom Joad, The Rising, Wrecking Ball and High Hopes. If Jake Clemons shared the spotlight for Born to Run, it was the band’s new hotshot guitarist Tom Morello (Rage Against the Machine) who stepped up in the second half, playing some blinding solos and sharing vocals on ‘The Ghost of Tom Joad’.

The band finished the night with an extended ‘Twist and Shout’, Springsteen returning for a solo version of ‘This Hard Land’. It was now 11.45pm – well past the supposed 11pm curfew for the venue.

As we made our way out, I remarked to Alison that they hadn’t played two songs on my wish list –  ‘Rosalita’ and ‘Hungry Heart’ – but it was with no real sense of disappointment. Rather, it was with the hope that there will be a next time, and maybe then. How many artists can play for almost four hours and leave you wanting more?

A night with Bruce Springsteen and the E Street Band is as good as it gets. It’s not just about great songs and a great band. It’s showmanship, the ease and warmth of Bruce’s everyman persona. It’s the real connection between band and audience, the home-made signs, the big screen smiles, the sense of being part of something very special. Sure, some of that could be superficial if not underpinned by true artistry.

Melbourne public radio legend Brian Wise, who was at the show, nailed it on 3RRR this morning. “Maybe there should be two categories for ‘best concert’,” he said. “One for Bruce Springsteen and one for everybody else.” 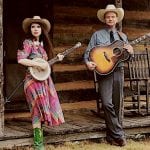 THROUGH THE LENS: Australia’s WOMADelaide Fest Was Perfection Before the Pause