Although the Grateful Dead formerly retired from performing together in 2015 with the series of five Fare Thee Well concerts in Santa Clara, CA and Chicago, IL, the band is certainly not gone.  In fact, with a string of recent high-profile releases and ongoing live tours from primary members of the group, you could say that the Grateful Dead is as visible now as it was during some its active years.

The title of “Best Grateful Dead Show” is one that is hotly debated by Deadheads and as a matter of personal preference; those arguments will never be settled.  That said, there are a few shows out of the roughly 2,300 the band performed between 1965 and 1995 that consistently find themselves included in those conversations.  The May 8, 1977 concert at Cornell University’s Barton Hall in Ithaca, NY is one of those rare performances.

To celebrate the 40th anniversary of that revered show, the band has finally released the full-concert recording through Rhino Entertainment and the resulting 3-disc set shows what all the fuss is about.

Sourced from a soundboard recording made by Betty Cantor-Jackson, an audio engineer and a celebrated figure in the Deadhead community thanks to the depth and warmth of her recordings, this 20-track set captures the Grateful Dead during one of its strongest periods – Spring 1977.

Following a brief hiatus from touring in 1975, the re-energized ensemble had removed any sign of rust and was fully in stride when it rolled into Ithaca in May 1977.  The Barton Hall setlist was very typical of the time – original Jerry Garcia compositions featuring the Americana-themed lyrics of poet and non-playing band member Robert Hunter and choice covers, many of which advanced the Americana theme throughout the performance.

The band comes out swinging with a feisty rendition of “New Minglewood Blues” to kick off the first set – a ribald song about a man who claims his “number one occupation is stealing women from their men.”  That same energy is evident on the spirited rendition of Marty Robin’s “El Paso,” the first of two country covers from the evening with the other being an uptempo take on Merle Haggard’s “Mama Tried.”

Western themes are also evident on the son-of-a-bootlegger tale “Brown-Eyed Women,” the gambling tune “Deal” and “Loser,” a slow ballad about an ill-fated poker player’s latest attempt at winning.

The band’s typical pairing of “Lazy Lightning” and “Supplication,” featuring some great ensemble playing during the instrumental segment of the latter tune, is a highlight. Another storied Grateful Dead pairing is also included in this show – the ever popular “Scarlet Begonias” into “Fire On The Mountain.” Clocking in at nearly 27 total minutes, this combo was tight that evening, though it doesn’t quite soar to the heights that other, more heralded versions achieve.

Yet another impressive stretch of songs from the second set comes in the form of “St. Stephen” into a speedy and mostly instrumental jam on Buddy Holly’s “Not Fade Away” with a return to a brief reprise of “St. Stephen.”

Hands down, the show’s best moment is the 14+-minute rendition of the apocalyptic cautionary tale “Morning Dew,” a folk song originally composed by Bonnie Dobson.  The Cornell rendition is widely considered the finest live version of this song thanks to Garcia’s emotional vocal delivery and his absolutely soaring lead guitar work.  This is stunning stuff.

In addition to Deadhead admiration, Cantor-Jackson’s recording of this concert has been formally recognized by the United States Government.  In 2011, this soundboard recording was added to the National Recording Registry of the Library of Congress, making it one of only 475 recordings selected for this honor at the time of this writing.  Recordings are added to the National Recording Registry because they are deemed to be historically, culturally or aesthetically important and one listen to Cornell ’77 will reveal why this concert easily meets that criteria.  Is it the best ever?  Give it a listen and see what you think.

For those looking to dig deeper into the greatness of the Spring 1977 tour, the band also released May 1977: Get Shown The Light, a terrific 11-disc box set,  Although physical copies of the limited edition set are sold out on the band’s official website, you can still purchase a digital edition in one of two formats – Apple Lossless or HD FLAC.

The Cornell concert is included as part of the box and is joined by the two shows that preceded it (May 5, 1977 in New Haven, CT and May 7, 1977 in Boston), along with the May 9, 1977 show from Buffalo, NY, a concert that is considered by some to be the equal of, if not superior to, Barton Hall.

Taken in totality, the four shows from this set showcase the magic of the Grateful Dead’s Spring 1977 tour and make it clear why this period is considered one of the band’s finest.

Cornell ’77: The Music, the Myth, and the Magnificence of the Grateful Dead’s Concert at Barton Hall by Peter Conners

Cornell 5/8/77, the new book written by Peter Conners and published by Cornell University Press, is not only a well-researched volume, like exceptional album liner notes on steroids, it is the ideal companion to the Barton Hall recording.  Conners, who also penned an excellent memoir of his own personal Deadhead journey with 2009’s Growing Up Dead: The Hallucinated Confessions of a Teenage Deadhead, gives fans a thorough overview of this historic concert by digging deep into the many factors, before, during and after May 8, 1977, that have contributed to the show’s legacy.

In just 232 pages, Conners establishes the band’s presence in the popular music scene at the time, talks about the eventful history of rock concerts at Cornell University; profiles members of Cornell Concert Commission in 1977; summarizes all 20 songs performed that snowy New York night; discusses the importance of the “Betty Boards,” Betty Cantor-Jackson’s amazing soundboard recordings; touches on controversies and conspiracy theories related to the show (yes, those exist); and details the arguments about the show’s true greatness and its lofty status among most Deadheads.

While this book is certainly an interesting standalone read, it is best when paired with the recording.  In fact, the two share a symbiotic relationship.  Not only does listening to the recording inspire you to dig deeper via the book, but just a few pages of the text will have you itching to give the set another spin.

Following hot on the heels of the 1977 releases, was the premier of Long Strange Trip: The Untold Story of The Grateful Dead, a four-hour documentary film chronicling the band’s 30-year career.  The film, which debuted in movie theaters before being released through the Amazon Prime Video streaming service, is accompanied by a soundtrack featuring select concert performances and studio recordings.

Thanks to the documentary’s considerable depth and breadth, this soundtrack could easily be viewed as a thoughtfully compiled standalone career retrospective.  The collection starts with two live cuts from the band’s storied February 27, 1969 show at San Francisco’s The Fillmore West – a fiery cover of Reverend Gary Davis’ blues classic “Death Don’t Have No Mercy” and the band’s own ornate and psychedelic “St. Stephen.”

Following the studio recording of “Uncle John’s Band” from the breakthrough Workingman’s Dead album, the soundtrack takes us across the country to New York City’s The Fillmore East for one of the band’s signature live tunes, “Dark Star.”  This nearly 24-minute version is both sprawling and epic and is often cited as one of the best live “Dark Stars” of all time.

We return to “Workingman’s Dead” for the bluesy “Easy Wind,” the only song on the collection to feature lead vocals by founding member Ron “Pigpen” McKernan, and then move to the band’s seminal studio album, American Beauty via “Candyman,” a showcase of the harmony vocals the band mastered in the studio during those sessions.

The next three tracks are culled from separate tours in Europe.  The pairing of “China Cat Sunflower” and “I Know You Rider” is an excellent example of this concert staple from a previously unreleased June 1971 show in France, while the emotionally-draining “Morning Dew” from the Lyceum Theater is one of the singular highlights from the band’s lauded Europe ’72 Tour.  That same year is once again featured on “He’s Gone” from the August 27, 1972 show in Veneta, Oregon, a benefit concert for the local Springfield Creamery that was also filmed and released as the live Sunshine Daydream documentary film in 2013.

Selections from the Cornell concert in 1977 are featured alongside a track from the popular One From The Vault archival live recording, which chronicles one of the few shows the band played during its 1975 hiatus, before the soundtrack moves on to the ‘80s.  The Grateful Dead reached its highest level of mainstream popularity during that decade thanks to the release of its only-ever Top 10 song on the Billboard charts, “Touch Of Grey” from the In The Dark album.  That song is rightfully included, along with covers of both “Dear Mr. Fantasy,” featuring the late keyboardist Brent Mydland on lead vocals, and “Hey Jude.”  The two-disc version concludes with a return to American Beauty via the beautiful combo of “Ripple” and “Brokedown Palace.”

The third disc on the Amazon Exclusive Edition includes three more tracks from the Cornell show, another song culled from the vast Europe ’72 tour, an acoustic performance of “Dark Hollow” featured on the Reckoning live album and two previously unreleased live performances – “Stella Blue” from Oklahoma City in July 1971 and “Days Between” from Madison Square Garden in October 2004.

With only a handful of previously unreleased tracks, this soundtrack may not be ideal for hardcore fans who own many of the recordings.  For everyone else, Long Strange Trip Motion Picture Soundtrack is an excellent introduction to this multifaceted and legendary band. 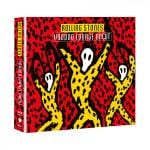 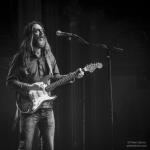