Amy Black stands in a mostly empty apartment in Boston.

She’s on clean-up duty while her husband, Ryan, drives a packed U-Haul with the couple’s Mini Cooper in tow to their new home in Nashville.

After nearly three decades in Boston, Black will make the move to Tennessee partly to kick-start her music career on a national level, but also to be closer to her family.

“We always felt like we would make this move eventually, but family was really the motivation,” the singer-songwriter says. “We are moving 17 houses down from my parents and I have a grandma that lives there as well. I’m excited about the musical possibilities, but it’s also great to move to Nashville and have no expectations. I’m going to keep doing what I’m doing.”

When her husband flies back to Boston, Black will embark on her most ambitious tour yet  in support of her self-released third album, The Muscle Shoals Sessions, which she recorded at FAME Recording Studios in the fabled Alabama town referenced in the title.

Working with legendary Muscle Shoals musicians such as Spooner Oldham on organ, Black has veered away from the country and folk leanings of her previous two albums for a foray into blue-eyed soul music. The idea came on a whim thanks to an extra day of booked studio time.

“I had booked a day at FAME to continue recording for my second album, but we got everything we needed in Nashville and didn’t need that extra day,” Black says. “So I decided to switch it up and do something different. That’s where an idea to do this EP came from. I said, ‘Let’s just dig into the catalog of Muscle Shoals history and pick some songs and do them.'”

Joining her in that one-day session was legendary keyboardist Spooner Oldham, one of Muscle Shoals’ original “Swampers” session players. The experience inspired Black to turn the EP into her third studio album.

“Having him on the project was amazing because of who he is and his abilities, but also the history and his connection to this music and how much he influenced it,” Black says. “Spooner actually played on some of the originals of these songs back in the 1960s. Because of him I started digging into this music and loved it. That’s why I wanted to come back and create something that could really be a tribute to Muscle Shoals.”

Black intentionally steered clear of the iconic songs by female artists, instead choosing a repertoire that includes classics by Sam Cooke (“Bring It on Home to Me,” which Lou Rawls recorded there), Bob Dylan (“Gotta Serve Somebody”), Laura Lee (“Uptight, Good Man”), and Arthur Alexander (“You Better Move On”). She also included three of her originals, including the album’s centerpiece, “Woman on Fire.”

“In my mind it’s about Elvis or one of those rock stars from the early ’60s who the girls were going crazy over,” Black says. “I imagined a woman of a certain age highly interested in this hot young thing.”

Black, who grew up in Missouri and Alabama, does have a connection to Muscle Shoals. She spent part of her childhood in the town, which is where her grandparents lived.

“My dad was a minister and so we moved quite a bit,” she says. “So there was some consistency in just coming back to visit. I passed FAME my whole life and really didn’t know the history or the story until about I was much older, really.”

The same also could be said about her music career. Although Black says she’s always been a singer, she never thought it was something she could do for a living. She worked in marketing, but remembers the day eight years ago she had the itch to sing.

“I was living in the suburbs and sitting at my kitchen table one night and I thought, ‘I’ve never really done anything with my voice except sing at church,'” Black says. “So I decided right there that I was going to get out and do something. I started singing at an open mic, and then I built a little band and doing shows and I really realized I wanted to do this.”

Five years ago, when Black was just starting out, she opened for Sarah Borges and her then-band The Broken Singles. The two have since remained close, and Borges agreed to co-headline most of the summer tour with Black.

“It was a chance to do something that was not my own music that was really appealing,” Borges says. “I wanted to try it and experience not being the sole front person, and Amy and I are really good friends so she’s really driving the train on this one. I get to just enjoy myself. We both love to be loud and have fun, but we have different personalities. Amy jokes that I’m X-Rated and she’s G-Rated so together we’re like PG-13.”

“Three years ago, we were in New York City for my birthday and I told him I’d love for him to be in the band,” Amy Black says of her husband. “When we came back he started hard core going after the drums. He worked hard and is now my drummer.”

When asked how The Muscle Shoals Sessions might affect her own music, Black is quick to answer.

“Recording this album has had a major impact on me and the direction of my music,” she says. “I feel great about everything I’ve done up to this point, but I’m definitely feeling I’m finding my home in this music. You really dig into this stuff and it hits you right in the gut. This music just grooves. It’s fiery. You just want to move to it.”

A version of this article originally appeared in The Herald-Palladium newspaper of Southwest Michigan. 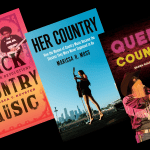 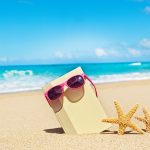