Minnesota’s Charlie Parr is an enigmatic figure; his output has all been released since the turn of the new century yet it sounds as much like 1915 as it does 2015 on Stumpjumper, recently released on Red House. Taking acoustic blues and folk to the darkest edges of town via driving arrangements which emphasize steam-driven tempos and a doom-slinging attitude over spit and polish studio shine, Parr nonetheless manages to sound both breathtakingly immediate and authentically antiquated at the same time. Usually a solo act, the inclusion here of a full band adds heft and depth to the already powerful material.

Not one to exist entirely in the past, Parr has collaborated previously with Allan Sparhawk of the indie band Low; he’s at his most powerful, however, when he assumes the old blues-guy persona of a Son House or Sonny Boy Williamson as with “Empty Out Your Pockets”, a fire and brimstone gospel blues about “When Jesus gets here, he gonna burn that whole town down…” that namechecks another spiritual bluesman, Rev. Gary Davis.

Parr plays 12-string, a resonator guitar, and banjo, and he is deceptively adept at each. This can clearly be heard on “Falcon” and the intense ‘long view of life’ narrative of “Over the Red Cedar,” a semi-talking blues that’s a faster-fingered version of  fellow folkie Danny Schmidt’s trademark introspection. The resonator makes a prominent apparance on the title track, which takes Otis Taylor out to the country and fills him up with moonshine and malaise, while the banjo comes to the fore on the wonderfully titled and rendered country blues “On Marrying a Woman With an Uncontrollable Temper.”

Parr may be an anachronism both musically and visually, existing in a pre-television world of front porch blues, Prohibition roadhouses, and Sears catalog guitars, but he’s fully aware of modern times and issues even as he couches them in prewar sounds. From “Over the Red Cedar,” a telling line that indicts contemporary communities even as it laments times gone by: “The village that it takes to raise our kids is afraid to come outside…”

Charlie Parr, thankfully, is not afraid to go outside–of his house,.or of typical musical expectations. It’s a scary world out there but with artists willing to experience and expose it in themselves like this, we shouldn’t be frightened of it either. 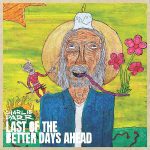 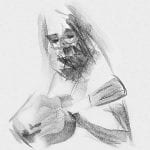 The Legend of Charlie Parr Grows with Eponymous Album