With Thanksgiving upon us, I started thinking about how grateful I am for the role music has played in my life. As much as I love film, the visual arts, craft traditions, and the written word, I feel music might be the most spiritually fulfilling of all the arts. Music has the power to bring people of differing backgrounds, ages, geographies, political affiliations, and cultures together. Instrumental tunes are free from the baggage of language and analytic thought, existing on a plane of pure expression exciting neurons and emotions often left untapped and underdeveloped. On the other hand, the co-mingling of lyrics with melody, harmony, and rhythm can transcend the limitations of language, lending them a power and resonance far beyond what can be achieved through writing, oratory, and even poetry. There is a reason most religious traditions incorporate music into their rituals and practice. It is a powerful medium whose ethereal nature affects humans differently than those mediums we can touch, view, and dissect. It is fleeting by nature, an ephemeral expression that is experienced only in its moment of existence, be it recorded or performed live.

With all of this in mind, I began to think specifically of American music, its traditions and history. I thought of those chance phenomenons, cultural intersections, inspired citizens, and even the physical geography of our country which have helped build the foundation of American music and its rich legacy. Below is a list of seven things which I’ll be thinking about this Thanksgiving as I consider the music which has enriched my life and relationships. These are not esoteric choices, but instead big, broad entities or personalities that have had a profound impact on American roots music. This is obviously nothing approaching a complete list, but instead some of the ideas that continually inform my understanding and appreciation of the music I cherish most. 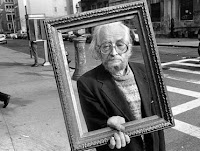 Artist, filmmaker, and musicologist Harry Smith might be as singularly responsible for creating the canon of American folk music as anyone in the nation’s history. Like so many historical precedents, his influence was born as much of circumstance as it was choice. Smith was not a single-minded purveyor of traditional American music, given his interest in other musical forms and his dedication to experimental painting and filmmaking. It was financial necessity that led to Smith’s seminal Anthology of American Folk Music. Strapped for cash in the early 1950’s, Smith offered to sell his vast record collection to Folkways Records. The president of the label, Moses Asch, instead persuaded Smith to organize parts of his collection into an anthology. In 1952, the Anthology of American Folk Music was released consisting of three volumes. The influence of this collection cannot be understated and played a huge role in the folk revival of the 1950’s and 1960’s. This wildly diverse collection of rural blues, old-time fiddling, mountain ballads, jug bands, Cajun tunes, spirituals, and more served to elevate traditional American music beyond provincial novelties into an important legacy of America’s cultural heritage.

I admit that I am highly biased toward this instrument given that I am a (novice) banjo player. However, I feel the banjo holds a special place in the traditions of American roots music. To my knowledge, the five-string banjo is the only acoustic instrument invented in America. Of course, the origins of the banjo stem from Africa, which is a very significant part of its history in American music despite its association with rural, white culture. The instrument was widely played among African-Americans in the earliest days of our country and imbued with the very spirit of African music that persists in most banjo music played today. The influence of African forms is found in the use of repeated drones and syncopated rhythms along with “dissonant” notes, those flatted thirds, fifths, and sevenths that stem from African melodies. These characteristics are not simply found in the many blues tunes popularized on the banjo in earlier years, but are also vital to the very essence of old-time and bluegrass music. The banjo’s history serves as a fascinating embodiment of all the complexity, influence, and interdependence that race has had on American musical traditions.

The origins of the Grand Ole Opry go back to 1925 when the National Life and Accident Insurance company decided to start a radio station in hopes of advertising their insurance policies. WSM were the call letters, an abbreviation of the company’s motto, “We Shield Millions.” Around that time, George D. Hay, the venerable show’s first announcer, created the WSM Barn Dance, an idea inspired by the successful barn dance radio show he had produced in Chicago (yes, the roots of the Grand Ole Opry stretch to the urban airwaves of Chicago.) In 1927, the show changed its name to the Grand Ole Opry. While regional radio shows all over the nation had featured country and “hillbilly” music, none had the reach (and later the influence) of the Grand Ole Opry with its 50,000 watt signal that spanned most of America and part of Canada. What might have been considered regional fare or even novelty music suddenly had a consistent national audience every Saturday night. Musicians such as Roy Acuff, Uncle Dave Macon, Ernest Tubb, Hank Williams, Patsy Cline, Bill Monroe and countless other icons became household names and legitimate stars across the country, influencing the American song book for generations to come.

Before you worry that I’m ready to start sermonizing, I should note that I live a devoutly secular life. Growing up in the bible belt, I have frankly found much to dislike about the role of organized religion in American culture. However, that doesn’t stop me from belting out gospel tunes and spirituals of all kinds with the zeal of a tent revival preacher. The protestant church, in its many American incarnations, has long served to preserve musical traditions on the one hand and act as an incubator for new ideas on the other. Countless iconic musicians from the rural mountains, river deltas, and everywhere in between have received their greatest musical influences and earliest training from the pulpits, choirs, and congregations of American churches. Amen and hallelujah to the inspiration the church has provided American music!

New Orlean’s Congo Square is to American music what Jerusalem is to the Judeo-Christian tradition. It is the birthplace of jazz, and a site that represents the stubborn perseverance of culture even amidst the most difficult of circumstances. During America’s shameful era of slavery, Congro Square was one of the few (if not only) areas in the country where slaves could play their traditional instruments and intermingle with free people of color. Outside of Congo Square, drums and other African instruments were typically banned by slave owners partially due to fears that the instruments would be used to communicate covert messages. On Sundays in Congo Square, however, the plaza would be teeming with hundreds of musicians, dancers, and singers often performing in traditional dress with and for one another. Even during this early era, Congo Square was a melting pot of musical ideas from Africa, the West Indies, France, Spain, and creole culture. In later years, brass instruments and European song forms began to populate the square helping form the foundation for dixieland, swing, be-bop, hard bop, and the many incarnations of what is perhaps America’s greatest artistic contribution to the world, jazz.

In the earlier days of America, the Appalachian Mountains became a settling place for many Scottish and Irish immigrants. These settlements were due in part to the geographic similarities in some parts of the Appalachia to their native lands, but also often because of the availability of cheap land in the region to many impoverished immigrants. The settlers of this region brought their musical traditions with them including Anglo-Celtic ballads and dance tunes. Given the difficulty of surviving in the hard scrabble region, neighbors relied heavily on one another. Social structures, especially church, became a very important part of community-building, leading to a very religious population. The confluence of these European traditions with that of religious music (including the “shape note” harmony singing in many of these rural churches), and the influence of African forms and rhythms resulted in a distinct and enduring musical tradition. As parts of the U.S. became industrialized and homogenized in the post-war period, much of the culture in the remote areas of the Appalachia were less effected allowing these musical traditions to be passed down from one generation to the next. Were it not for the cultivated traditions of the Appalachian Mountains, we might never have seen bluegrass, old-time, or even country music as we know it today.

The history of America is in many ways a history of race, and this is surely the case with American music. Much of this story cannot be told without the inclusion of the Mississippi River, undoubtedly the main artery of American culture. The great river functioned not only as one of the most important trading routes in this country’s history, but also resulted in the exchange of ideas and traditions among different regions. The deltas of the Mississippi provided fertile soil (both literally and figuratively) for the blues to spring forth, born of populations of African-Americans whose earliest generations had been displaced to the region to be brutally exploited on the plantations of cotton and rice. Later generations remained as sharecroppers and independent farmers, scratching out a living of hard labor. The field songs and spirituals sang by the region’s inhabitants functioned as a means of communal coalescence, “coded” language unknown to the singers’ oppressors, and spiritual transcendence from the harshness of difficult living. These traditions later blossomed into the blues form that is at the very soul of American music. These rich cultural traditions traveled up and down the river, leading to a constant evolution of the blues from the acoustic rural traditions of the delta to the electric sounds of Memphis, Chicago, and beyond. Of course, the form also commingled with other traditions to create country music, rhythm and blues, rock n’ roll, and jazz. Without the blues, there is no exclusively American music. Without the Mississippi river, the blues might have only been a regional phenomenon rather than the lifeblood of America’s musical heritage.