Was Bruce Springsteen Born in the USA?

As you know, over the past several months, the mainstream media, which is controlled by … well, I don’t need to say it … has been been running articles and news stories virtually every single day in advance of Bruce Springsteen’s autobiography, Born To Run.

The book is being published by Simon and Schuster, a company founded by a man with German-Jewish ancestry who incidentally was the father of singer-songwriter Carly Simon who was once married to a musician known to authorities as a heroin addict. Currently the publisher is a subsidiary of CBS Corporation, which is an international multimedia conglomerate that just so happens to also produce the television series Sabrina the Teenage Witch. So to be crystal clear, an organization that broadcasts a subliminal Satanic message aimed directly at young children is now assisting in advancing a possible lie that a politically subversive popular guitarist and singer was born in the USA.

I don’t have to tell you that many people have often questioned the heritage of Bruce Springsteen, who has spent much of  his career associating and advancing the music and politics of people like Pete Seeger, the late activist who refused to answer questions from the US Congress surrounding his membership in the Communist Party. Our huge and experienced investigative team of reporters has been working around the clock in fact-checking an early advance of Born To Run, and we’ve uncovered many inaccuracies that raise more questions about just who this man is.

For example, we have uncovered that the author writes at length in the book about his father’s Irish-American heritage, a man who went by the name of Dutch Springsteen. Consulting a world map and  encyclopedia, as well as scrutinizing Where’s Waldo?, our geo-political specialists now confirm the close proximity to Germany of the former Dutch Republic currently known as the Netherlands. The importance of this is that origin of the name Springsteen is now in question.

It is a well documented fact that in an article published in 2013, The New York Times “misspelled” the Boss’s last name as “Springstein,” which I’m not saying actually means something, but most of us can clearly see the unintended link to Gertrude Stein. A self-described lesbian, Stein (who as you know, is often pronounced as Steen) promoted pro-immigration and democratic policies throughout her life, with a mix of reactionary and progressive ideas. Although I’m not trying to insinuate it, the coincidence is troubling.

While none of these actual historical facts (and there are hundreds more that will be revealed in the next few weeks) can be linked to Bruce Springsteen, in the shadows of this new dark autobiography, there are some people who are beginning to question his political views and heritage, wondering out loud if his most popular song, “Born In The USA,”  was written and released to cover up his true nationality.

I now can officially report to you that despite sending hundreds of telepathic messages to New Jersey officials through a medium located inside a Brooklyn storefront on Flatbush Avenue, these government bureaucrats have absolutely refused to provide me a copy of Bruce Springsteen’s birth certificate. My amazing attorneys are preparing a lawsuit which will be filed very soon in federal court and I can promise that I will get to the bottom of this conspiracy and report my findings no matter how long it takes.

OK … let me take No Depression out of the equation and state that I dashed off the above piece of fiction the morning after Donald Trump attempted to erase years of his own infamous lies and deception directed toward President Barack Obama. In his role as the loudest and most vocal spokesperson of what we identify as the “birther movement,” Trump has built his political career based on racism and bigotry. Along with his ability to consistently state lies and falsehoods that too often go unchecked, he teaches all of us how easy it is to cast doubt and suspicion through innuendo and fear. He is everything wrong about the values and beliefs of our great country.

I apologize to Bruce Springsteen for using him and his new book as a vehicle for making my point, and want to be clear that this represents my own views and not those of either owner and publisher, editor or staff of No Depression website or magazine, nor any parent or subsidiary companies.

Let’s close it out with a little music … and please use your vote to keep America safe, sane and free forever from demagogues and con men.

You can follow me here at No Depression to get notified when I’ve added something new. Many of my past columns, articles and essays can be accessed at therealeasyed.com. I also aggregate and post daily on my Facebook page:The Real Easy Ed: Roots Music and Random Thoughts. My Twitter handle is @therealeasyed. 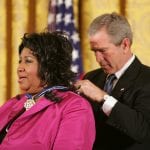 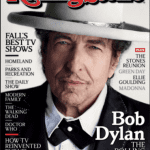