It was 1996 and I had graduated school. I was pretty much doing nothing but working three days a week at the Lighthouse Fishcamp, living with my brother, watching 120 minutes religiously, reading every Rolling Stone, and investing a ungodly amount of cash in a CD collection. MTV  was still actually showing videos at the time and the big buzz worthy band was Superdrag. Me and my pal Pack man (aka Jason Pack) have been friends since kindergarten and we sorta had the same ear for music. I know between the both of us we had every single USA and UK that Oasis ever put out. We both really dug Superdrag and it wasn’t in a one hit wonder way that “Sucked out” the single was getting heavy rotation on MTV.  We dug the entire album and talked about it daily.

One day we learned that Superdrag would be playing in our hometown of Spartanburg. The venue was Magnolia Street Pub and we was going to be there. Pack had access to a vehicle as we picked up my cousin Stjohn along for the adventure. I had seen about one, maybe two shows at Magnolias and they were just battle of bands sorta thing or locals. This to me was huge as well as my homies who came along for the ride. I can’t remember the cost or who opened but can remember pool was a dollar a game. Now, we had became regulars at a all night pool hall in town where it was a quarter a game. So, this was like high class for us and we skipped out on shooting a game. The show kicked much ass and was much fun as my crazy cousin would shout out random things to get attention at those moments where it would get quiet such as “SEX!” or “OIL CHANGE!’ and even got bassist Tom Pappas attention once with “Lisa Lisa and the Cult Jam!” as he looked at my cousin and said “Lisa Lisa?!!?….shit” with a chuckle.

John Davis the singer did all the songs we dug such as Phaser, Destination Ursa Major, N.A. Kicker and ended the show with Rocket as he seemed pissed off and flew off stage and down the fire escape back to the bus that brought them there. It was sorta the bad ass rock and roll moment just in the music video for Sucked Out where  at the end he is working in a restaurant and seems to get pissed off, jump over the counter, open the cash register, set a dollar bill on fire and light his cigarette with it. Something about that seemed very rock and roll in the now “Post Grunge” world  filled with Nada Surf, The Refreshments, and Eve 6. Those guys didn’t seem too much rock and roll for me. 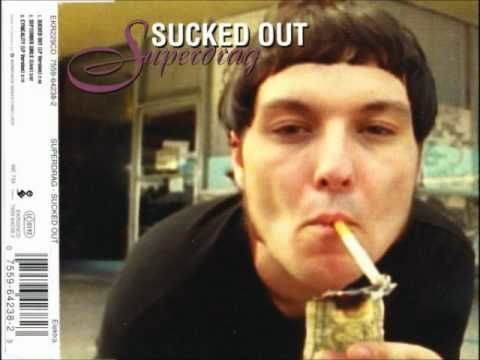 After the show we talked to bassist Tom Pappas for a bit and the drummer Dan Coffey Jr. Both were super nice guys and we marked out to them at our young age. I wrote to the band after it was over. Got to remember this was pre internet blow up era. I think it was American Online with dial up was just taking off.I found the address deep in the CD and even got a post card back from Dan Coffey saying he enjoyed the show and remembered us, I kept it for a while but moving and divorce it was lost somewhere. If I had half the things from shows such as ticket stubs, photos. autographs and T-shirts it would be a massive amount. Thankfully, these are memories I got in my head and can no one take that away from me.