The Sound of Secret Names: A Strong First Album from Twang Darkly

Appalachian Mountain dulcimer doesn’t always take center stage in American folk music, let alone in a rock band. But in the band Twang Darkly, it gets the spotlight.

The Sound of Secret Names (Mar. 2012), the first studio album by Shreveport-based rock trio Twang Darkly, breaks out of the standard mountain dulcimer folk repertoire with songs that could just change the way we view this unassuming Appalachian string instrument.

Twang Darkly founder Michael Futreal, a North Carolina native and multi-instrumentalist who Apsara  featured last August, bought his first dulcimer in college and hasn’t looked back since. After experimenting with “Appalachian rock” on several of his own albums, The Sound of Secret Names firmly establishes Futreal as an innovator of this genre, and especially of the dulcimer.

Futreal and bandmates Troy Messina (percussion) and Joel Boultinghouse (upright bass and electric guitar) have released an all-instrumental album of beautiful folk rock, gritty roadhouse rockabilly, and harmonica-fueled blues. Twang Darkly specializes in improvisation, and although the album was recorded in Futreal’s home studio, several of the songs are first-takes.

The Sound of Secret Names features acoustic and electric dulcimer, harmonica, flute, and banjo. It draws inspiration from Bruce Springsteen, Mark Knopfler, Jethro Tull, and Tom Waits, as well as surf rock, spaghetti western and 1970s television soundtracks, and a whole host of other musical influences.

But this isn’t a crazy quilt of sounds. Futreal, Messina, and Boultinghouse have created something that’s both entirely original and rooted in musical traditions from Appalachia and the American southeast. We look forward to future releases from Twang Darkly, and hope to see them at SXSW next year.

Apsara spoke to Futreal recently to get the story behind this intriguingly named album.

How has Twang Darkly evolved as a band since Live from Wire Mountain (Feb. 2011), your first set of recordings?

In one simple respect, on a technical level, I’ve built a recording setup that is appropriate to capturing a band live in multiple tracks, allowing for a proper studio mixing approach without diminishing our live mojo. My previous studio setup, as employed on Devil’s Stomping Ground for instance, was entirely geared towards me working alone to layer together different instruments. I did some overdubs on this album working in that way, but the primary essence of each track was born from a live take on which we played together in some combination.

Our primary power as a band is the resonance that allows us to improvise together upon a loosely structured “song” idea. Though I’m the primary “writer” of our material, what happens when we perform together is emergent and it’s always beyond what I imagine for any particular piece.

We’ve played a lot of shows together since we captured Live from Wire Mountain as a kind of field recording, and the accumulation of that experience puts us all very much more on the same wavelength. We have a feel for how to work together that lets us do things that surprise us all and approach new ideas very fluidly and rapidly. We took advantage of that in the recording process to capture some stuff that was very fresh. For instance, two of the songs, “From Flatlands Starlings Rise” and “The Beautiful Years Roll,” were first-takes on the same day that I introduced those pieces to the band. Similarly, Joel doesn’t even remember recording “Pastime with Good Company.” But if I start a song, he just starts playing along and we ride it where it leads—that’s what happened with that one.

What’s behind the name: The Sound of Secret Names?

The idea of “secret names” appeals to me primarily through the folkloric notion of something’s true name holding a magical power over that thing—a power to conjure or to hold, for instance. A good literary exploration of this idea is found very prominently in Ursula LeGuin’s Earthsea books, of which I’m very fond, but it’s an idea I’ve run across many times from a wide variety of sources ranging from Tolkien to Springsteen.

The given titles to instrumental pieces hold a power of suggestion over how people experience listening, but I also like to think that these pieces all have other secret names that will vary from listener to listener. For example, what to me paints an impression of how it felt to behold a particular desert landscape at a certain point in my emotional history will, for another, call upon other scenes and feelings appropriate to their own imagination and memory. The song they hear will have a different secret name than the song I hear. They may not even know the name they would choose, as they may not be accustomed to navigating such impressions or making such choices. But if they feel the music, then that name is there, if perhaps just out of their grasp.

On “Her Secret Name,” I’m playing a bamboo renaissance flute that my parents gave me back in my college days. I actually learned to play that thing in a place at North Carolina State University called the “Free Expression Tunnel,” a pedestrian tunnel under the railroad tracks that bisect the campus. I used to go down there at nights and play as people painted (it was the place on campus where graffiti was officially sanctioned), enjoying the wonderful echoes that made even the simplest bits of music into magic.

On “Spirit Defenders of Nikwasi,” I’m playing a Native American-style double flute. It actually has two pipes, one of which serves as a drone as you play through the divided mouthpiece. That flute, which is made of aromatic cedar, was built by a fellow named Odell Borg out in Arizona. I adore that flute—the drone set against the other pipe’s scale makes it the wind equivalent of a dulcimer to my way of thinking, so it’s a natural fit to my particular musical brain. I’d only had it a short time when we recorded that song, but that conceptual mapping makes it a natural instrument for me. 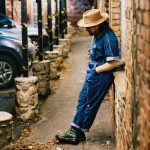 SPOTLIGHT: Adeem the Artist Offers Origin Story and the Outlook It Shaped on ‘Carolina’ [VIDEO] 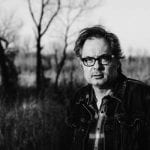