Gram was standing outside as we talked, cell phone pressed to his ear. “Hold on a minute,” he said abruptly.  An air horn announced the imminent arrival of a train that would rumble loudly through Guthrie, Oklahoma, then fade quickly and quietly into the distance.  Like the train, The Mulligan Brothers made a powerful statement in Guthrie, but would soon be on their way, headed down the highway, intent on their southern home and the end of a five week stint on the road.

On their first trip to Oklahoma, the band had drawn a small crowd of about twenty-five to their eclectic mix of folk/Americana/acoustic rock music. Fans packed the venue on The Brothers’ return, and now a larger venue and second show were added to September’s busy tour schedule. Good news, but a road-weary rasp in Gram’s voice prompted concern. Would the dual stresses of touring and talking compromise that evening’s performance? “Nah, that’s alright” he laughed, “I’m always hoarse.”

His patience and work ethic seem typical of the band as a whole. When The Mulligan Brothers put together their “second chance” band in early 2013, it was with the mutual understanding that the music came first. All four agreed that “we wanted to play our original music and make a career out of it without selling (our) souls.” The band was willing to take a risk by playing their original music and slowly, methodically building a fan base, knowing that money would be tight and fame an unlikely bedfellow.

There must have been an incredible sense of awe, a deep sigh of relief, a deep-throated chuckle at the irony of their early results. The Mulligan Brothers’ eponymous debut was named “Alabama Album of 2013″ by the Mod Mobilian. The band was invited to play an hour long set at the New Orleans Jazz Fest where that very same album was one of the event’s top ten sellers. The Brothers have since visited the Middle East and Africa to entertain U.S. troops, performed at Fenway Park, and attracted the interest of well known producer Steve Berlin (Los Lobos)  for their sophomore record.

To what does the band attribute their near immediate success?  Fiddler Gram Rea explains, “I really think it’s hard work and communication.  We constantly regroup and ask how can we make it better.”  Everyone contributes; lead singer and guitarist Ross Newell is a prolific songwriter and works continuously on new songs.  Drummer Greg DeLuca can also play guitar; he sings harmony and handles all of the band’s social media.  Gram adds mandolin, harmonica and viola, as well as his voice to the mix.  His fiddle keeps feet moving.  His business skills keep the finances in line.  Bass player and harmony vocalist Ben Leininger also drives the tour bus.  Once a public transport shuttle, that bus has been stripped and refitted with bunk beds, flat screen TV, stocked refrigerator and four southern gentlemen, four brothers by choice.

Ben and Greg grew up together in Mobile, Alabama.  The pair were friends at school and have played music together since childhood.  Before The Brothers became a band, Ben and Greg were “The Free Agents”, an independent rhythm section available for hire.  Occasionally the Agents played as a trio with guitarist/vocalist Ross Newell.  On other nights, Ross played acoustic sets with Gram Rea who had recently moved to nearby Mississippi and often gigged in local clubs.  When The Free Agents joined the duo for a set of music it “was magical from the moment it started,” says Gram.

“We all had the same musical goal,” explains Rea. “We all loved Levon Helms, The Band, acoustic music from Bob Dylan.” There was an immediate chemistry on and off the stage leading the four to commit to a new project, one that would leverage their combined experience to build on the successes and avoid the failures of their previous bands. “Like a mulligan in golf,” says Gram, “a do-over, this was our second chance band.”

The band rehearses every Tuesday afternoon when The Mulligan Brothers rent a studio in Mobile for four hours. Every week they work on the songs – the melodies, the lyrics, the harmonies, a rare cover. “Lots of bands don’t do that,” says Gram, “they get lazy. I’ve been guilty of that – one of the lessons learned.” Many bands “get complacent”, content to book and rebook shows at the same venues. The Brothers are willing to gamble that their music will recruit fans in new markets. They are willing to lose money the first time through town to pack the house on their return. There has been more than one Guthrie, Oklahoma.

“We’re very blessed,” confirms Gram, that the band’s following continues to grow. Los Lobos member and respected producer Steve Berlin is among the fans who were impressed by the debut album.  After hearing the music, Berlin made a quick call to the band’s manager to say “I want to produce their next album.” And he has.

The Mulligan Brothers’ sophomore album is planned for an early December 2014 release. The music was recently tracked in Portland, Oregon in the same studio used by indie rock band Modest Mouse. Berlin played an active role in studio through his clear vision for each song and his keen attention to detail. Not the right snare drum, try another; might need a nylon pick rather than plastic – the producer insisted on the best, the right sounds for every track. The music is now ready to be mixed; the artwork is in progress.

There are currently eleven tracks slated for the new, yet untitled acoustic album. Eleven original songs were written primarily by Ross Newell, but feature co-writes by other band members including Rea. A few of the songs may already be familiar to fans. Let Them Ring, a song about life on the road, and Bad Idea have been played at recent live shows. All four band members contribute vocals to the mix; on Bad Idea those harmonies build line by line to the end. The band’s instrumental skills shine; Gram alone plays fiddle, harmonica, mandolin and viola on the album. Producer Steve Berlin adds a few tasteful piano pieces.

“We’re doing honest music,” says Gram, “These are true and honest stories about real life experiences…honest music from the heart.” As with their first effort, the band has tried to stay way from “formulas set forth on the radio.” Confirms Rea, “We want to play our music even if it doesn’t mean a major deal. We just want a solid career that we can sustain for many, many years and a following that appreciates the music. It’s really about the music at the end of the day.” He admits that it’s a little scary to release a second album when the first was so well received, but “We’re very excited. There are some really great songs – you’re just going to have to wait and see!” 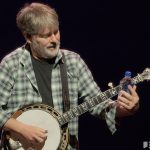 THROUGH THE LENS: Los Lobos and Béla Fleck’s My Bluegrass Heart 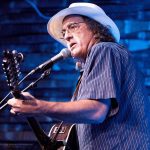 THROUGH THE LENS: ND Photographers’ Favorite Roots Music Albums of 2021