The Honky-Tonk Craftsmanship of J.P. Harris

It’s not easy to get audiences in Seattle dancing. Despite all our coffee shops and generally cheerful demeanor, we much prefer to stand with our hands in our pockets or arms crossed at shows. So when I say it’s not small feat that Nashville honky-tonk kingpin J.P. Harris got out a bunch of folks two-stepping to his band The Tough Choices at a small vegan dive bar in Capitol Hill in Seattle, I hope you’ll believe me. The Highline usually books hardcore metal bands, but the thing about J.P. is he’ll cross any line to get folks dancing or to spread the gospel of true country music. He certainly looked like he fit in there too, covered in tattoos with a big ol’ beard. What’s interesting about J.P., in addition, is that though he blew through a set that could easily have taken center stage in a Texas hill-country honky-tonk with sawdust floors, there was still a punk intensity to his music. Not from any crashing, buzzed-out guitar solos, or screamed lyrics. Nope, he just played it straight. But straight in that sharp-as-a-barber’s-razor way that only the best honky-tonk dance bands have. Where every single note hits its exact mark in the tempo and the whole thing is cunningly built– as carefully as the hardwood joined carpentry that J.P. builds in his spare time–and built so well that you can barely see the seams.

That might actually be the best way to think of J.P. Harris: as a craftsman. On his new album, Home Is Where the Hurt Is, he’s written ten solid honky-tonk songs, each one built first for dancing, and second for heartache. He references many of the tropes of country music, but the thing about J.P. is that he lives what he sings. I interviewed him a while back for Tiny Mix Tapes, and it’s still one of my favorite interviews. In addition to his amazing life, which has seen him playing punk shows by generator in the Las Vegas desert, hopping trains across the country and living in hobo jungles, herding sheep for the Navajo in the Southwest, or homesteading without power in Vermont, he’s always worked hard and lived hard, bent on improving his community and the traditions he loves. As he said in our interview, he “gets” the working-class, populist roots of country music.

“When I get up on a stage and I sing a song about truck-driving, I’ve been the guy on the nasty ice-covered road in a big, three-ton dump truck trying to tug a broken piece of equipment out of a muddy ditch. I feel like it’s given me a much more visceral taste for why people even wrote this music in the first place, why this music is so identifiable to so many people around the country.” That visceral connection was clear from the stage, and it’s clear in the vinyl grooves of his new album. There’s an authenticity to this hard living that just can’t be faked, no matter how hard some people try.

With just ten songs to prove his mettle on the new album, J.P. Harris & The Tough Choices bring some hard-biting lines to the table. In this way, I sometimes think of country as close to hip-hop: both revel in the bite of a really well built line. From the title track, the refrain goes “Home is where the hurt is, so I stay there each night.” From the song “A Breaking Heart,” “Oh the jukebox has no lover, but the record still turns ‘round, and my breaking heart doesn’t make a sound.” Mmm, love that one! “One for Every Day” nails the bitter humor of old country songs: “I feed the pigeons in the park with little pieces of my heart, one for every day that you’ve gone.”

Though J.P. works in the world of classic honky-tonk, he’s no strict traditionalist. At the show in Seattle he made a special point to give a lecture on Nashville hipsters that have stopped listening to music after Bakersfield or Merle Haggard. He admitted to a huge love for Nashville country in the ’90s, and broke into a totally legit George Strait cover that had half the audience singing along from memory.  However you take your country, you’ll find little to sniff at in the new album from J.P. Harris & The Tough Choices, and if you love the old-school roots of country back when real people wrote real songs, well this vinyl is for you, my friend! 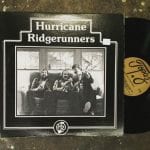 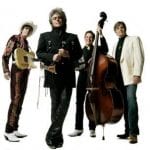 In Service to the Music