The Greatest of the Great Unknowns

Like many others I was delighted that Shovels & Rope were nominated in four different categories for Americana Music Association Awards this year – highly deserved recognition for the talented duo. However, was I the only one to also feel mixed emotions, realising that the rest of the world would now discover this relatively unknown band that I had considered to be my ‘secret’? And realising that my days of seeing them play live in tiny venues were probably numbered?

I will certainly be routing for Michael and Cary Ann at this year’s AMA awards ceremony, but their success has made me think about the other ‘great unknowns’ out there who are still climbing the ladder of commercial success, but who easily make my top 10 every year. So here’s the start of my list:

combine wonderful lyrics and harmony with amazing talent on fiddle, guitar and mandolin. Their debut CD ‘Quiet Little Room’ in 2010 was followed by ‘Haste Make/Hard Hearted Stranger’ in 2011, and both are sheer perfection. Marlin is the songwriter of the pair, and the tracks where he leads the vocals are by far my favourite, but Frantz is by no means the underdog, providing glorious harmonies and fiddle playing.

This video is Mandolin Orange playing ‘One More Down’ at Nashville’s Americanafest in September 2012:

Mandolin Orange’s new CD ‘This Side of Jordan’ is scheduled for August this year – and this next installment is likely to be my album of the year before I’ve even heard it.

I predict that the reviews will be wonderful and that Mandolin Orange won’t be my No1 secret for much longer.

The Great Unknowns, formed by singer songwriter Becky Warren in a Boston college in 2003, have ironically managed to live up to their name for far too long. They recorded their first album ‘Presenting the Great Unknowns’ on a shoestring budget, and it was quickly discovered by Indigo Girl Amy Ray, who declared it “one of the best things I have heard this year”, releasing it on her independent label, Daemon Records, in 2004. The CD had great reviews – even making No Depression’s Top 10 in 2004. Despite this early success, the band promptly disappeared and had a long hiatus before releasing their second CD ‘Homefront’ in 2012. Although well received in the music press, the CD is still difficult to find – but definitely worth tracking down.

The lyrics of Homefront are raw, and full of honesty and pain and loss – centred around the break-up of Warren’s marriage to a soldier who never recovered from Iraq. Despite the subject matter, this CD is constantly on my play list and I hope that The Great Unknowns don’t wait another eight years before their next release. 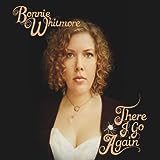 Bonnie Whitmore’s latest CD ‘There I go Again’ was very positively reviewed by Alan Harrison last month in No Depression, who described her as ‘Americana’s Best Kept Secret’.

Funded via Kickstarter, the music and lyrics  of ‘There I Go Again’ are completely original but Whitmore’s voice has overtones of Stevie Nicks, the Dixie Chicks and even Lucinda Williams at times.

Bonnie Whitmore may still be unknown to many but she started writing songs at 16 and moved to Austin at 18, lived in Nashville for a while, and spent a year singing with Hayes Carll. Her sister’s husband, Chris Masterson (of The Mastersons) appears on and produced her latest CD, as he did her first CD ‘Embers to Ashes’.

A local Scottish band, The Dirty Beggars are pretty much unknown even in their home town of Glasgow. 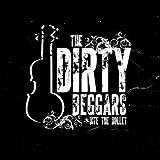 But they are a perfect example of tremendous talent, enthusiasm and perseverance that will hopefully reap dividends soon. The five piece outfit of youngsters playing guitar, banjo, fiddle, mandolin, harmonica and double bass has a raw  energy akin to the Old Crow Medicine Show, and Gillian Welch & Dave Rawlings, and their live performances are a mixture of covers and a growing repertoire of own material.

Their bluegrass cover of Britney Spears’ ‘Toxic’ had me laughing at first, before realising just how good it actually was!

Their debut CD ‘Bite The Bullet’ was released in 2011 and they are promising a follow up EP soon.

It’s perhaps debatable whether Nels Andrews qualifies as being a great unknown, given that his current CD ‘Scrimshaw’ made the Top 10 lists of many No Depression bloggers last year.

But as it’s still possible to see Andrews and bandmate Brandon Seabrook playing live in a small venue where only a handful of the audience has actually heard of him, he’s definitely eligible for my Top 5. It was a privilege to be at his gig in Glasgow earlier this year (http://youtu.be/GRUHMyN84-s ) to hear him and Seabrook recreate the glorious sounds from Scrimshaw. Andrews deserves to be playing to much larger audiences, but I left the gig delighted to have been able to see him before his talent is more widely known, and with musical memories that will last for a very long time.