Last night, fittingly on the eve of St Andrew’s Day, I saw Capercaillie’s show at the QEH in London. While I recognise ND is about Americana, it is also about roots music and few can match Capercaillie’s understanding and command of their Scottish roots.  This tour marks their thirty years as a band and the quality of the musicianship, individually and collectively is immense and lead singer, Karen Matheson’s soaring voice in both English and Gaelic has never sounded better. The band has released a new album “At the Heart of it All”, from which some of the set came, the rest was a walk down those thirty years of haunting ballads and rousing reels and jigs. The venue’s acoustics cannot be faulted and the sound team did a great job but I felt the band and much of the audience would have preferred less formal surroundings. When introducing a series of reels accordionist Donald Shaw suggested that some might like to get up and move about a bit but the two brave hearts that did were soon sent back to their seats by the security man. Never mind, audience and band were one by the end.

Of perhaps wider interest to ND aficionados is Capercaillie’s contribution to the excellent Transatlantic Sessions, co-directed by Jerry Douglas and Aly Bain, now firmly established as a highlight of the UK roots calendar.  Karen Matheson, Donald Shaw and Michael McGoldrick have all been part of Bain’s “home team” as has former drummer James MacKintosh.  I have my tickets for next year’s TS and a musical return to Scotland is a priority for 2014. Any recommendations gratefully received.

A much sadder note while on Scotland;  our thoughts should be with those who have suffered loss as a result of last night’s tragedy at a live music venue in Glasgow. 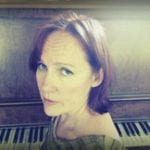