The Defibulators Push Ahead with Punk-Filled Twang

Bug Jennings runs through a list of phrases that have been used to describe his alt-country outfit, The Defibulators.

“There was ‘Hee-Haw on mescaline,’ and ‘Carter Family-meets-Ramones,'” the singer-guitarist says by telephone from Brooklyn, N.Y. “Someone called it ‘trucker punk,’ once, which is kind of cool, but maybe with less amphetamines, and there was ‘psychedelic honky tonk.’ … It’s tough because it’s such a hodgepodge of styles. I would just call it classic country, but my cohort Erin Bru always corrects me, because I’m not that good.”

The band was formed quickly back in 2005, which might explain why they’ve misspelled their own name.

“It happened quickly because we got the band together on a whim,” Jennings says. “We had a friend playing a punk show and he wanted us to get a band together and open for him in a week. I knew Erin and I was working at a barbecue restaurant with Roadblock. We did it just for fun and suddenly it became a real thing.”

Although Jennings grew up in Texas, he wasn’t exposed to classic country music until he sought it out in New York.

“It was the ’80s and all you heard was Nashville pop, and that did not appeal to me at all,” Jennings says. “I was more interested in punk back in high school, and when I moved to New York, I started to discover classic country music like Buck Owens and George Jones and Hank Williams, which is unfortunately something I was never exposed to in Texas. I got really excited about it, but there wasn’t a lot of country here. This was pre-Mumford & Sons. And I wanted to bring it to people.”

Jennings absorbed everything from classic country and bluegrass to Western swing and rockabilly, which played out on stage in the now-defunct New York honky-tonk, Rodeo Bar.

“Our style came out of trying to study a lot of forms of country music,” Jennings says. “Our style is a blend of a bunch of different genres but we’ve really honed in on the shuffles and walking bass lines of Buck Owens.”

The band’s latest album, Debt’ll Get’em, showcases plenty of reverence for classic country, but as an outfit that began by filling sets with Black Flag covers, The Defibulators can’t help but exude an underlying edge.

An example of that is the biting, swamp funk-inspired tune, “Everybody’s Got a Banjo,” which pokes fun at the hipsterization of Americana with the lyric “If you don’t know how to play it / well it still looks cool.”

“It’s about the banjo renaissance that’s happened recently,” Jennings says. “No one wanted to have anything to do with the banjo for years except for bluegrass dudes. Now we’re seeing it pop up in GAP ads and models are carrying it on the runway. Did you know in Robin Thicke’s ‘Blurred Lines’ video the topless dancer is holding a banjo? It’s like, c’mon, have some respect! You know what I found gratuitous about that video? The banjo use.”

Other highlights are the gospel-tinged “Holy Rollers,” boozy heartbreak tale, “Real Slow” and “Pay For That Money,” a pedal steel and fiddle lament about debt.

“My initial idea was to make a country-gospel record and ‘Holy Roller’ was going to be a keystone for all the songs to revolve around,” Jennings says. “But gospel took a back seat to debt. We live in New York City and money is a huge burden for everybody. We took that theme and ran with it. We figured there aren’t enough country songs about credit card debt.”

When asked about the band’s recent set list Jennings proudly proclaims “we’re playing every song off our last record. We also throw in some George Jones, and some classic country surprises – it’s a whole lot of country.”

Just don’t ask him how to describe The Defibulators own brand of what that might be.

“Maybe we should call it bipolar hillbilly,” Jennings adds. “I just came up with that, but we do have a lot of highs and lows in our music. We go from slow country ballads then we’ll flip and do four-on-the-floor heavy hoedown stuff. Bipolar hillbilly. That’s not bad. I might use that.”

A version of this article originally appeared in The Herald-Palladium newspaper of Southwest Michigan. 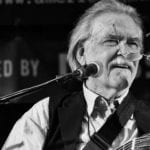