David Latto and Gavin Brady, come from Kingskettle Fife  (the home of Scots Children Entertainers The Singing Kettle), I know because there is a sign at the road end on the A914 proudly proclaiming that fact! David and Gavin are firmly of the singing Kettle generation, infeasibly young in their early 20’s. I wonder how long before a proud East Fife Council will have to add and The David Latto Band to that sign?

The winsome truth is, probably a lot sooner if David and Gavin had decided to turn their considerable song writing skills and superb vocal harmonies to any other form of music than Country.

However Country Music does give them all the more reason for championing the music they love and every opportunity to bring their refreshing take on the original themes and time honoured structures of a music that does, so demand the best from a songwriter and will only truly work with great vocal harmonies.

Already establish as recording artists brewing up a reputation across Scotland, a recent Belladrum Festival appearance, evoking the admiration of Alt-Country godfather Scorchers Jason Ringenberg, who covered their 10,ooo Miles From Nashville, a song about Shetland Yodeller Thomas Fraser, when Jason was playing only 10 miles from Burra Island on Shetland, Thomas’s home. This would suggest they are indeed coming to the boil nicely.

I got to travel with them across Europe this summer doing over 10 shows and they were great every night, won friends and sold albums everywhere they went. With a new EP in gestation, a string of profile dates in line and a return to the continent in the offing, 2014 does seem to be finding them getting up their own head of steam, whistling proudly in the face of what may only seem to be, a wayward wind.

I found out more and recorded a few songs for FSR and The Medicine Shows, at their recent sell out Almost Blue  show in Aberdeen .

“Great job boys. We Cannot Be Friends Anymore complete with melody sung by vital young men with a reason to live. Where is Brian Epstein? Ed Sullivan? These Cats are ready” !!! Phil Lee www.phillee1.com 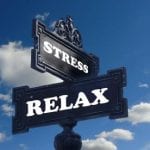 4 Most Stressful Situations Music Can Brighten Up 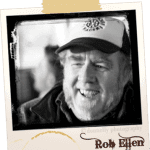 The Medicine Show Radio Revue is on The Road Across Britain