TERRELL’S TUNEUP: SOME SOUNDS FROM NM (and NZ)

A version of this was published in The Santa Fe New Mexican
May 1, 2009

Here’s a roundup of some worthy CDs by locals, former locals, and semi-locals.

* The Como Sessions Vol. 1 by Goshen. Goshen honcho Grant Hayunga is a local, all right. Although he came here from Kentucky, he has been performing around these parts for nearly two decades and, for most of that time, has been part of the venerable Frogville stable.

But this latest disc — a six-song EP — was recorded in Mississippi late last year at Delta Recording Service in the town of Como. There, Hayunga partnered with Jimbo Mathus, late of the Squirrel Nut Zippers, who produced the sessions and played guitar, mandolin, keyboards, and percussion on these tracks.

But fear not, longtime Goshen followers. Despite the different setting and different backup musicians, this is definitely a Goshen album. The essence of Hayunga’s frantic slide-guitar rockers and his slower, darker meditations are very much intact.

The opening cut, “Belladonna” is rousing, with traces of funk. Corey Jenkins’ drums sound like re influenced by the fife-and-drum (R.I.P. Otha Turner) sound of the Mississippi hill country. Things slow down for the next track, “Clouds of Swallows.” The slide-guitar riffs in this song — as well as in the ominous “She Sets Fires” — sound like spooks in the night.

The dreamy “In the Rushes” and the sweet acoustic “Slow Burner” are the closest Goshen has come to country music in a while. But my favorite Goshen tunes are always the breakneck crazy barn-burners. Hayunga and his pals reach that level in “God Wanted to Be a Man.”

A heads-up: Goshen appears at Frogfest on May 30 at Santa Fe Brewing Company. Tickets are $10. 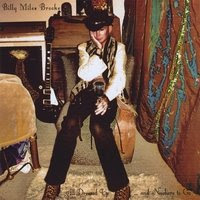 * All Dressed Up … and Nowhere to Go by Billy Miles Brook. Here’s another local who went south to record a record. In recent months, Billy has been playing bass with The Dirty Novels in Albuquerque, a group that has kind of a garage/punk sound.

But this album is unabashedly ’70s boogie with Chuck Berry/Keith Richards-style guitar and rollicking Nicky Hopkins-style keyboards. I hear the Faces, Mott the Hoople, maybe a little New York Dolls, or is it Stillwater from Almost Famous?

I can almost smell the lines of blow on the bare breasts of backstage groupies. (Note to younger readers, if there are any: This is bad and sends the wrong message to the youth. Please disregard.)

There are some slow ballads here — “The Raging Light of Dawn” and “Midnight Rain” for instance.

But my favorites are the rippers like “Moonlight Boogie” and “Tearin’ Up the Town.” * Honky Tonk Breakdown: Live at the Sagebrush by Kim & The Caballeros. This album was recorded live in Taos last year by Kim Anne Treiber-Thompson and her band, which includes her singer/songwriter/guitar-picker beau Chipper Thompson. It’s a good mix of original tunes by both Kim and Chipper and some covers.

The best originals are Kim’s “Ghost of Her” (featuring some irresistible steel guitar by Leonard Kasza) and Chipper’s “Loudmouth Cowgirls,” a funny tune that reminds me of Jerry Jeff Walker’s “Trashy Women.” Also tasty is the slow, gospel-tinged “Nobody to Find,” written by Chipper and sung soulfully by Kim.

As for the covers, the free world probably didn’t need another version of “Folsom Prison Blues.” A much better choice is Allison Moorer’s “Dying Breed.” This is a tune that has a minor-key melody similar to that of Hank Williams’ “Rambling Man” and deals with hereditary addictions.

“I take a red and blue one from my mama’s purse/I wash ’em down with homemade wine/To see which kicks in first. … No one grows old in this household/We are a dying breed.”

For the record, the only cover of this song I know of was by Lonesome Bob, who hasn’t been heard from since his excellent Things Change in 2002. Come back, Lonesome Bob! 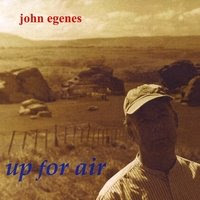 * Up for Air by John Egenes. This might sound corny, but it’s a true story: The other day I was listening to this CD while rushing to work. I was stressed as usual, cursing people driving slower than me as “morons” and those driving faster as “maniacs.” Then the title song of truck me.

“But I think I’ll take it easy, stop and take my breath/There ain’t no need to work myself to death.” Egenes sure isn’t the only one to write songs with this theme. But “Up for Air” was right there when I needed it. Thanks, John.

A former Santa Fe music stalwart who, for the last few years, has lived in New Zealand, Egenes has packed his latest album with plenty of good acoustic country/folk tunes. I think my favorite one here is “Lookin’ for a Ride,” a song about a mysterious hobo.

Also strong is “One More Down,” which deals with an angry, homeless war veteran (“I came back home with a pocket full of hate in the place my leg used to be.”) He’s pushing a broom and imagining he’s “cleanin’ up the mess that my country made.”