Terrell’s Tuneup: BEST OF THE DECADE

A version of this was published in The Santa Fe New Mexican
December 25, 2009

Political satirist Andy Borowitz recently wrote, “As the decade draws to a close, a new poll shows that a majority of Americans are holding out hope that the 10 years just past turn out to be a dream sequence from which they will soon awake.”

That pretty much sums it up. But here are 10 albums that made this lousy decade a little more bearable. A few are out of print, but you can find them around.

* Honky by Simon Stokes. Rough, crunching, blues-infected biker rock and outlaw country from a tough old leather-faced geezer with a scratchy voice and a dirty mind. Stokes laughs at himself and his romantic follies in the hilarious rocker “No Confidence.” Even better is a blazing crime tale, “Johnny Gillette,” concerning bald cops and a serial killer. Stokes did a duet album with Timothy Leary and produced Russell Means’ album The Radical. He co-wrote “Miniskirt Blues,” which was recorded by The Cramps with Iggy Pop. But he’s never sounded stronger than he does on Honky. 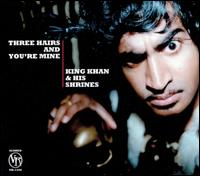 * Three Hairs and You’re Mine by King Khan & His Shrines. The mighty Khan — a foulmouthed Canadian guitar picker of East Indian heritage who lives in Germany — seemed to be everywhere this year, with his partner Mark “BBQ” Sultan and the garage supergroup The Almighty Defenders. But my favorite aspect of Khan’s career is when he plays with The Shrines, a full-fledged psychedelic soul band, complete with horn section. There’s punk and garage-rock influences in the grooves, even a flicker of speed metal. But make no mistake, this band has soul! And this 2001 Voodoo Rhythm release is the best of his Shrines albums. * Barbecue Babylon by Drywall. The world of this album is apocalyptic, and Stan Ridgway makes a great carnival barker at the gates of Armageddon. A desperate spirit has settled over the land. Thievery and murder abound, and the government has gone even more insane than the populace. Life is cheap. Love is tawdry. Paranoia thrives. And Drywall makes it sound like fun. 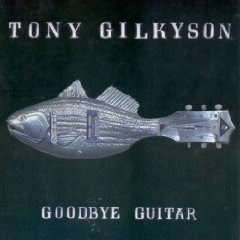 * Goodbye Guitar by Tony Gilkyson. Most solo albums by sidemen only prove that sidemen belong on the side. But this proves there are major exceptions to that rule. Gilkyson — a former Santa Fe resident who served time in the Los Angeles bands X and Lone Justice — made an album of solid roots rock and a magnificent dirge of self-loathing called “My Eyes.” 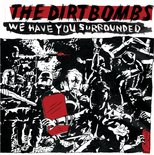 * We Have You Surrounded by The Dirtbombs. I guess I like a dose of apocalyptic paranoia in my music. It reigns supreme in The Dirtbombs’ 2008 offering. On nearly every song, singer/guitarist Mick Collins seems to be looking over his shoulder and not liking what he sees. The end is near, and everyone’s out to wreck his flow. With a lineup that includes two bassists and two drummers, The Dirtbombs are one of the many Detroit bands of the 1990s that didn’t become famous when The White Stripes rose to glory. 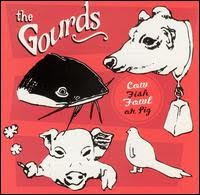 * Cow Fish Fowl or Pig by The Gourds. Pure exuberant hillbilly funk with vocals that sound as if the town drunk had hopped on a honky-tonk stage and led the band into bold new dimensions. The stomping jugless-jug-band (well, Kev Russell sings about jugs) sound of “Ants on the Melon (With Due Regards to Virginia Adair)” remains my favorite Gourds song. 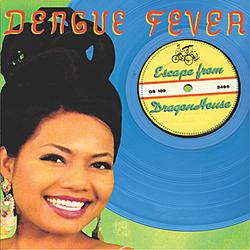 * Escape From the Dragon House by Dengue Fever. Dengue is an Orange County garage/psychedelic/surf rock band (with sax and Farfisa organ!) fronted by Cambodia-born Ch’hom Nimol and dedicated to reviving the wild, wonderful, lost Cambodian pop that was virtually destroyed by the Khmer Rouge. They mix in a little Ethiopian soul music, which was also suppressed by evil Commies in the ’70s. 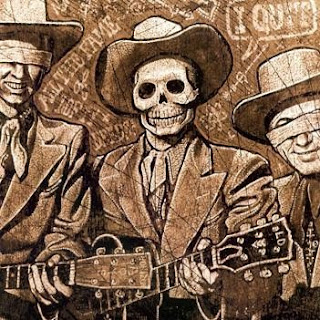 * All the Fame of Lofty Deeds by Jon Langford. This is the best Waco Brothers album that wasn’t really by The Waco Brothers. It does, however, feature Langford, the evil genius behind The Wacos (and charter member of The Mekons.) Here he tackles a favorite Langford theme — the travails and temptations of country singers in post-war America. The story is a bittersweet distillation of everything that makes America attractive and everything that makes it repulsive. 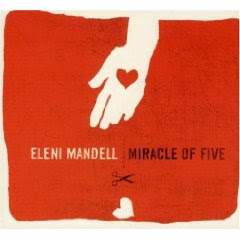 * Miracle of Five by Eleni Mandell. Mandell has just about the sexiest voice in showbiz today, and her 2007 album drives home this point. This is contemporary torch music with subtle touches of film noir. It makes great background music for reading Raymond Chandler, Ross Macdonald, or even James Ellroy. 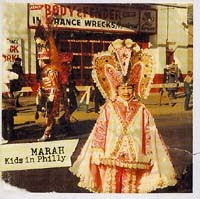 * Kids in Philly by Marah. These Philly kids were roots conscious without a trace of retro, and so spirited — even when they sang of winos in the alley and murder in the streets, Marah had a jarring aura of optimism. And though they were much too young to have experienced the Vietnam War, their jaw-dropping “Round Eye Blues,” a veteran’s grim memories of the war, mixed up with images from rock ‘n’ soul lyrics, cut to the marrow. Marah never again matched this album from 2000.