As fantasy football players go, you’re hoping to find someone that can run, catch, and score. So if you apply the same context to a musical artist, you might want to draft someone like Kate Tucker.This talented singer/songwriter who has called Akron, Seattle, Brooklyn, and now Nashville her home base has put up some unbelievable stats in 2012 with an EP record album, an award winning music video, and a co-starring role in a feature film. 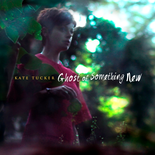 Since we last heard Kate in 2010 with her beautiful record White Horses, she has compiled songs for an EP titled Ghost of Something New released on her own Red Valise label.  Co-Produced by Blake Wescott and Steven Aguilar, the deluxe package has eight tracks that include songs written for a never released second album with her former Seattle backing band The Sons of Sweden.  The CD has a nice mix, opening with the train traveling single “Revolution” followed by “Shining Light” where Tucker lets her vocal range soar beautifully skyward.  Nic Danielson and Aguilar adds some nice keyboard and Wurlitzer fills on the ballad “Gallery” and Mark Isakson lays down some nice lap steel with Tucker’s acoustic guitar on the title track.  String arrangement by Brianna Atwell gives the stripped down bedroom version of the previous released “New Orleans” a fresh take. 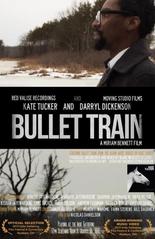 The Indie Gathering International Film Festival taking place in Hudson, Ohio on August 18th will be showcasing a short film/music video titled Bullet Train that not only features the song found on the White Horses Lp, but also stars Kate, her brother Luke Tucker, and filmmaker/actor Darryl Dickenson.  Directed by Akron-based filmmaker Miriam Bennett, scenes were shot at Quail Hollow State Park, Stagecoach Antiques, and around Suffield Township where the Tucker family grew up.  The video is being honored as Best Rock Video 2012 at the festival.

Another of Kate’s songs from the Kate Tucker & The Sons of Sweden record became the name of a feature film about the healing power of music.  Making her acting debut, Kate stars as a frustrated singer/songwriter who becomes friends with a grief stricken young professor played by Noah Drew in Everything Went Down.  Written and directed by Emmy Award winning filmmaker Dustin Morrow, Kate provides the soundtrack and its soul as the songs not only bring the widowed professor back to life, but also reawakens the songwriter to the merits of making music.  The movie, produced to benefit music therapy programs for children, is made up of tracks from the White Horsesalbum.  The film is currently being shopped around to film festivals for acceptance.

In less than four weeks, I will be in Music City … Nashville, Tennessee … attending the Americana Music Association Conference, Awards, and Showcases.  It’s already looking to be another stellar four nights and three days consisting of thirst quenching lager pints, southern cooking, seeing a boatload of national recording artists, and getting lost in the culture and hospitality of the city’s hidden gems.   Just my luck, Kate Tucker will be playing on Saturday, September 15th as part of the very first East-Centric Music Festival in East Nashville.  So I’ll be looking forward to raising a glass … to fostering friendships … old and new.

For more on Kate Tucker and to receive updates on all of her projects, click onto www.katetucker.net or you can connect with her page and the feature film on Facebook.