Soulful Southern Boogie to get your little feet twitching

Formed in 2006 by Louisville singer-songwriter Nick Dittmeier; Slithering Beast is the collective name for an assortment of his friends and associates in the Kentucky music scene. Under that name Dittmeier has released two full albums of ever changing music and with the 5-track DELICIUS ep the band moves into really cool bar-room boogie territory with a nice 80’s feel to it, but still manages to sound very ‘now’.

With a name like Slithering Beast (which sounds like something Bart Simpson would dream up) I had no idea what to expect but opening track Fool Out of You made a refreshing change for this jaded reviewer’s ears.

Memories of the halcyon days of Little Feat and the Doobie Brothers drifted through my semi-conscious state as guitars a ‘plenty and a mighty fine horn section give the laid back, West Cost voice a pseudo reggae meets Muscle Shoals beat on a song about a boy threatening revenge on his ex-lover, and very nice it was too.
Things Are Looking Up sticks with the Muscle Shoals soul sound and could be a the soundtrack to my Summer if I only had a soft top sports car and a life on the open road instead of visits to the supermarket in our three door family hatchback!

You/Me is a radio friendly acoustic/piano driven love song for eternal teenagers everywhere and on Trouble Comes Down The Road our hero recounts the end of the affair over a piano and tsh-tsh drum backing that Bruce Hornsby would be proud of.

The five tracks end all too quickly with the magnificent 1 minute and 31 seconds Electrified Country of Everywhere I go.

As I said earlier I had no idea what to expect from a band called Slithering Beast (Heavy Metal? Emo?) but the music is certainly well worth checking out and if you follow the link at the end is actually downloadable FREE until March 5th.

After that date you will have to part with a small handful of Yankee Dollars for these pretty funky tunes. 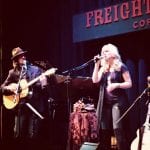 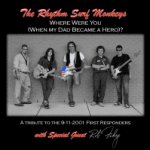