What Grayson Capps brings to country music, if you can call it that, is a real sense of danger. From the first of “Highway 42,” a tune that jangles like a loose fender, I was thinking about those long-haired rebels of the 1970s — Charlie Daniels, Lynyrd Skynyrd, Waylon Jennings, David Allan Coe. Guys who would just as soon play a song for you as pull a knife, it seemed.

In keeping, “John the Dagger” is all neon-lit menace, a track with a beat that moves as precipitously as the saloon door swinging behind a dust-covered stranger. “No Definition” boasts a torrid series of guitar improvisations. But don’t go in thinking this is music made for a bar fight. Capps’s album isn’t without emotional, and musical, complexity — from the boozy swing of “Coconut Moonshine” to “Yes You Are,” a shattering song about accepting what life doesn’t give you.

[SOMETHING ELSE! REWIND: David Allen Coe remains the prototype for outlaw country, and ‘You Never Even Called Me By My Name’ is his signature moment.]

Then there’s “Chief Seattle,” a song with the echoing portent, the quiet sense of doom, that once surrounded the songs of Hank Williams or Robert Johnson. There are times when it doesn’t sound like country, at all. “Ol’ Slac,” for instance, rocks with the quiet contentment of a second-line jazz funeral. The Alabama-born Capps brilliantly follows the rough-hewn path of an old Southern troubadour, talking in influences from travels through Tennessee and Louisiana.

“I’ve seen better days,” Capps allows on “Jane’s Alley Blues,” “but I’m putting up with these.” Unfortunately, the same might be said for much of country music, which has devolved into a comfy place more reminescent of confectionary AM radio. That is, until you hear something like Grayson Capps.

The Lost Cause Minstrels, though it might end up being all too appropriately named, makes you think there’s hope for this fading tradition after all. 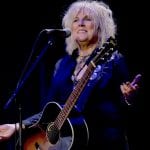 THROUGH THE LENS: 2020 in Review – The Best of Everything