Second month of the year, and the CDs I’ve received in 2011 already fill an entire shelf on their own. So, here I go taking a stab at some first-listen reviews.

This is produced by Zukerman herself, along with Willy Porter. Instrumentalists include Todd Sickafoose, Garrison Starr, Patty Larkin, Meghan Toohey, Ray Bonneville, Porter, others. So, it makes sense that folks in this community should pay close attention to this one. I’ve been a fan of Zukerman since I caught her at Folk Alliance back in…was that ’07? Time flies. She’s a tremendous guitar player with a knack for jazz arrangements behind a kind of indie folk aesthetic. Story-songs, heartache, that sort of thing.

Right off the bat, though, this record is a little more jazz-pop. Or something. “Brooklyn” goes by in a whirrish din, with Zukerman’s mad guitar skills buried somewhere behind instrumentation I can only describe as the sonic equivalent of trash blowing down the street. Appropriate, I guess, given the song’s title. But I miss the guitar.

Track two: “As You Are.” There’s the guitar, though the drums are higher. Why? It might make sense if we were talking about a singer with a backing band, but Zukerman can fill a whole band worth of instrumentation on her own, with just vocals and guitar. Let’s see if they remedy this later in the disc. Track six test: “Sorry Side of Town.” Much better. “Howard Hughes” makes up for all of it. The instruments are balanced. The catchy pop chorus is offset well by some buoyant vocals and a banjo-fiddle exchange. The spirit of this song shows off everything Zukerman does best. Perhaps a third or fourth listen will endear the rest of the album. I intend to stick with it long enough to see.

I know absolutely nothing about James Vincent McMorrow, but the booklet that comes with this CD says he moved to the beach for five months and made this record by himself. I wish he was a little clearer with the pronunciation of his lyrics, but so far it’s easy to picture a morning at the beach, after last night’s storm. That’s the ambience of the instrumentation. Lyrically, it’s full of loneliness and almost desperate longing. The whole arrangement is enough to just slay me. “Once I had a dream, once I had a hope / that was yesterday, not so long ago.”

As the record progresses, I still never quite know what he’s singing, but I can surmise it’s lonesome and heart-tugging. He’s working something out here, and the arrangements are simple and intuitive, but know when to give themselves over to some kind of artful layering. Track six test: “This Old Dark Machine” is a little more upbeat than the earlier songs, but still dark and the sonic equivalent of rain falling on beach sand. This one will definitely get some mileage out of me this year.

Mark Growden – Lose Me in the Sand (Porto Franco)

This record starts out with a sparsely rhythmic banjo part before Growden really unleashes the beast in a “you ain’t never been loved the way that I’ve loved you” sort of way. By track two, now that‘s out of the way, we can hoedown. Unfortunately, what I think is supposed to be the stutter of a nervous suitor comes of like just sloppy singing, and detracts from the upbeat, dancey bluegrass instrumentation.

Just when I think this record is going to devolve from its so-strong opening into cliches, the third song comes in with its mixed wordplay (“You can lead a horse to water, but you can’t teach him to fish”). Growden sure can sing like his life depends on it. Damn, it’s intense. When he howls like a wolf (and he does, no exaggeration), I believe it.

Track six test: “Lovin’ Emma” is, again, quite intense. It’s a little much for me, honestly. I think I might really dig Mark if I happened upon him at a festival, but his vocals are a little aggressive for me. I don’t say that lightly, and I’m not sure I’ve ever thought that about a singer before. Indeed, they match his songwriting quite well, so I think he’s on to something artistically. It just might be that I’m not his target demographic. These things happen. He does give a nice rendition of “Shady Grove” and Springsteen’s “I’m on Fire,” if you can handle the intensity.

Wow, not what I was expecting. From the album cover, I thought this might be a sleek indie rock outfit, but no. It’s a really sweet Americana troupe led by very charming male-female harmonies. Their voices are smooth like butter, there’s a very muddy but tasteful, distant pedal steel. But, mostly it’s acoustic guitar with some electric in there just for texture. The whole thing is very polished, which is not to say soulless. Just notably clean and well-imagined. This might be a good springtime roadtrip album. Good crisp air and sunshine music.

“Southern Nights” is a little corny, but he namechecks Asheville (where apparently he grew up). So I have to give him credit for that. Let’s try the track six test: “Down N Out.” From a band this clean, I’m a little nervous about a song called “Down N Out.” Indeed, there’s something a little too “up and at ’em” to this song to make me believe it’s about being really down and out. For one thing, it’s in a major key with the occasional minor incidental, and the repetition of the phrase “down and out” – with its lushly polished harmonies – takes away from what the words themselves generally mean. Further into the second half of the disc, it feels a little like some green coeds who just finished majoring in music and now want to play roots-rock. The musicianship is technically spot-on, but there’s a difference between an adept musical technician and an artist. Luckily, there’s something about this record that makes me believe the art is in there somewhere, they just didn’t make it happen on this recording. Give em a few years to figure out how to scrape their knees and blow out their tires.

I like this immediately. It’s like Julie Andrews took some acid with her folksinger friends and wandered into a goth club. Hoop’s voice is incredibly dynamic and capable of painting innumerable colors at once. The guitar part on “Whispering Light” is like a wind-up engine back there in the distance. The almost madrigal-style harmonies (lots of fourths and fifths) with skipping-record-style rhythms add to the dark confusion of the song. All this just complements her impressive lyricism.

By track two, I’m convinced there is nothing I can do on a first listen to adequately express what’s happening here.

You know what I was talking about above – the difference between being a great technician and being an artist? This is what I’m talking about with artistry. Hoop seems to not only get what music is capable of – she manages to do it in each song. As such, this isn’t going to be for everyone. It doesn’t fit neatly in any category. Now and then it reminds me of various other artists, but it doesn’t sound like it could have come entirely from any of them. I’ll stop there, because it’s clear this album will probably spend much of 2011 growing on me in countless unpredictable directions. 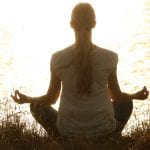 Mind Matters: Musicians on How Meditation Keeps Them Focused and Free 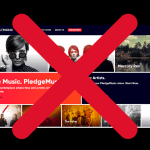