On a brief personal note, I work at a Juvenile Detention Facility in South Texas. Mostly I had been grouped with the transfer placement team, Social Workers who sift through piles of non-violent drug offenders. Mostly my duties have been clerical  Today I was given orders to venture upstairs into the Precinct processing wing to hand deliver an item.

Despite what a surprising number of my friends think, I’ve never been arrested. The imagery I had envisioned of a Police Precinct was a pastiche of TV depictions from Barney Miller and NYPD Blue. I strode in after being waved through by the Clerical Officer. As I entered, I expected the room to be bustling with conflict. Police walking in tandem with apprehended Perps. Detectives and partners seated at giant two-sided desks, slamming down rotary phones, disgusted with the rigamorale of buereaucratic red-tape.

The reality was mostly a hum-drum, ersatz version. No frenetic pace or heated arguments, it shared the mundanity of any work space. Except this one dealt in dispensing criminalization — making the emotional absence more unsettling than any manufactured fictional drama. The repetition of work renders routine, even in shocking or violent situations. Routine is the foundation of work. Essential to efficiency. calculating needs, and predicting outcomes. In public service, it also creates distance and often makes bias an occupational necessity.

Finding the Officer I was looking for, I noticed a young student in the throes of discomfort in the corner. I gestured at the teenager handcuffed to a desk. “Was he resisting?” I asked, seeing he was one of two people handcuffed in the entire room. “No, its safety protocol. He keeps insisting on the bathroom and appears to be unbalanced.” Both of us looked at the kid with genuine concern. No part of him was still. Every limb spastic like they were having individual seizures. His clothes were plastered to him in a flop sweat as he tried to dry his eyes and stifle the incessant yawning.

“He’s in Opiate Withdrawal. If I get him to stop asking for the bathroom, can you uncuff him?” The Officer nodded yes.

Heroin and Opioid abuse has rapidly become an epidemic in our nation—in San Antonio, however, its become a Biblical Plague. Back in the office I apprised my Boss of the situation. She opened a drawer and handed me a bottle of water, banana, and blister pack of Imodium. We literally have hundreds of these withdrawal kits — this is has become our routine.

I return to the processing wing to confirm the items and my previous agreement with the Officer. Giving the stuff to the kid, I tell him to go easy and that if he limits his bathroom trips, they’ll let him out of the cuffs. He thanks me, knocks back two pills with a swig of water, and says in a doleful whisper: “Prince died.” I nod, trying to acknowledge his sorrow as he finally looks up at me. “And David Bowie, he was my hero.”

–Trainspotting: “The bus is nearly empty. A lassie sits across fae us, listening tae her Sony Walkman. Is she good looking? Whae fuckin cares. Even though it’s supposed tae be a ‘personal’ stereo, ah kin hear it quite clearly. It’s playing a Bowie number . . . ‘Golden Years’. “Don’t let me hear you say life’s takin’ you nowhere Angel . . Look at those skies, life’s begun, nights are warm and the days are yu–hu–hung . . .” Ah’ve goat every album Bowie ever made. The fuckin lot. Tons ay fuckin bootlegs n aw. Ah dinnae gie a fuck aboot him or his music. Ah only care aboot Mike Forrester, an ugly talentless cunt whae has made no albums. Zero singles. But Mikey baby is the man of the moment.”

Assisting those with addiction has been a lifelong personal crusade due to my Mother’s battle with the disease, one she lost last year. Opioid overdose has come to rival Heart Disease in deaths. If you are considering getting help, then you absolutely need to pursue it. Don’t wait till the weekend, Don’t wait till tomorrow. Do it Right Now. Resources are available in your city, over the phone, and online. If you are having difficulty finding them, contact me in the comments. We’ll locate them. Help is not far to those who seek it. 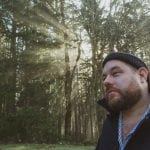 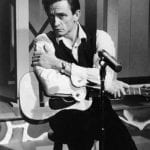