I have been waiting for a record to catch my ear and make me perk up.  A new release to turn my head and say … Whoa.  So thank you Lydia Loveless for delivering the goods with a great rock and roll record titled Somewhere Else that with every play is making me fall in love with it.

The little girl who grew up surrounded by farmlands in Coshocton, Ohio before leaving for the big city of buckeye nation in Columbus at age fourteen has once again left her comfort zone for something new.    While some may wonder about the gear change from the fast strumming cowpunk artist that shined on her previous 2011 release Indestructible Machine to this new SoCal rock heroine, the twenty-three years young Loveless is maturing artistically and quite possibly has found her calling.  Gone are the pedal steel, banjo, and violin along with the shoulder length hairdo for a totally new look and sound.  Returning band member Todd May has adapted his guitar playing beautifully throughout the ten tracks along with a solid rhythm section of husband Ben Lamb on bass with new drummer Nick German.  Loveless has gone to a short bleach blonde cut with the addition of some steel guitar fills from Jay Gasper and keyboards by Nate Holman.

Somewhere Else will have you reminiscing back to the heydays of Fleetwood Mac and the female rock and roll icons with an electric guitar that graced the radio airwaves.  The Bloodshot Records release is complete work full of substance and songs embracing a theme of longing for something out of reach that can be emotionally, physically, or mentally draining.  May’s guitar is the stitch that ties Loveless’s body of work together.  “Space was really important on this record” says May.  “My favorite guitar players don’t waste notes.  They complement the song or they sit it out, so these songs really made my job easy.”  The lead track “Really Wanna See You” is one of those gun blazing singles that sets the table for the next four.  “Wine Lips” which offers some nice vocal harmonies between Loveless and May and “Hurt’s So Bad” will have you make comparisons to the newly elected Rock and Roll Hall of Famer Linda Ronstandt.

The depth of the album in terms of musical compositions and lyrics really stretches the brilliance of Loveless’s growth on the flip side of the album starting with “Head”.  “We talked a lot about arrangements and space with these songs and where they want to go opposed to forcing our will upon them” explains May. “This song for instance went through a half dozen arrangements before it felt right.  I must have played twenty different parts until “the one” made itself apparent.”  “Verlaine Shot Rimbaud” parallels her love obsession with the 1870’s Paris poet who in a drunken jealous rage pulled a pistol on his male lover.  The title track not only seems to channel the spirit of Stevie Nicks, but fades uttering the classic phone number sung by Tommy Tutone. An acoustic ballad of painful sorrow is “Everything’s Gone” showing off Loveless’s strong and emotional vocals.  The album comes to a close with its only cover, the uplifting pop song “They Don’t Know” written by Stiff Records artists Kirsty MacColl which became a hit for Tracy Ullman in the early ‘80’s.

While I was listening to the song “Somewhere Else”, the phrase “I Wanna Be Somewhere Else Tonight” convinced me to change my status from “maybe” to “join” when Lydia Loveless rolls into Cleveland for an intimate tavern performance at The Beachland.  So check out your favorite smartphone app for concert listings to see if Loveless will be appearing in your town promoting the new Lp.  I don’t think you’d want to be anywhere else …. 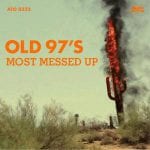 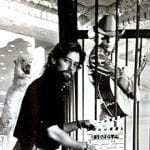