Twenty years is quite the accomplishment for a rock and roll band.  Think about it. There aren’t that many that have continued to make relevant music for two decades, let alone stayed together. With the release of their tenth studio album, Most Messed Up, the Old 97’s have crafted another alt-country, twangy pop rock record that should satisfy the taste buds of long-time admirers as well as garner new fans not familiar with the quartet.

Originating out of Dallas, Tex., the distinguishable voice of the band belongs to guitarist-songwriter Rhett Miller. Murry Hammond, who coined the band’s name from his obsession with trains and the song “Wreck of the Old 97” plays bass and is credited with singing lead on at least one track per album. Ken Bethea provides that great jangly guitar sound, and the nuclear drumming of Phillip Peeples holds that infectious beat together.

Their indie debut, Hitchhike to Rhome was released in 1994, but a trip to Chicago landed them an offer from Bloodshot Records and national exposure with the second album Wreck Your Life. Although the boys never became a huge arena-size act, the release of Fight Songs in1999 and Satellite Rides in 2001 on Elektra Records became cornerstones of their catalog for radio airplay. They were a part of a handful of groundbreaking new artists in the ‘90s which were hailed by critics for creating alt-country music that fueled a musical movement now known as Americana. Blame it on Gravity, along with both of The Grand Theatre records released on New West Records, continued to keep the Old 97’s blood flowing, but the band took extended breaks as Miller released four solo projects from 2002-12.  The band is now signed with ATO Records, a division of RCA Records founded by Dave Matthews and his manager Coran Capshaw.

Miller took a trip to Nashville for a co-writing session with Jon McElroy, who inspired him to interact more with the listening audience from a straightforward perspective. One of Miller’s songwriting tricks is to hide something dark and depressing in a revved-up rocker instead of a slow ballad. Though many compositions of the Old 97’s songbook dealt with hard partying and that invincible good time, it wasn’t always spelled out like “Let’s Get Drunk & Get it On” on the new record.

Another new wrinkle added to the recording session was the inclusion of some blazing electric guitar work from guest Tommy Stinson and lap steel compliments of Jon Raulhouse. The influence of Stinson comes out in songs “Guardalajara” and “Intervention” that have more of an outlaw punk rock edge. Recorded in Austin at the Texas Treefort, the extra players add a larger sound to the twelve tracks which were produced by Salim Nourallah.

It’s hard to find a throw-away track on this brilliant album, which seems like a journal of the band’s road adventures. It starts off the six-minute “Longer Than You’ve Been Alive,” that builds the synopsis of the story to a crescendo. It’s followed-up by “Give it Time,” that doubles the beat measure and will have you jumping and dancing along. An Olde English drinking song — “This Is the Ballad” — will have you indulging, as will the summer single “Wasted,” which has Miller’s pop genius written all over it. Most Messed Up comes to a train wreck dynamite ending with the title track, as the narrator recounts his hard living lifestyle. 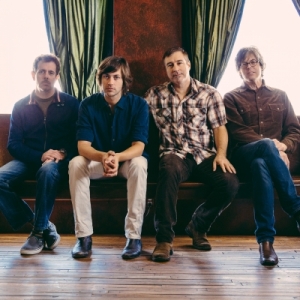 With many Americana acts hitting the festival circuit this summer, it will be refreshing and more intimate to catch the Old 97’s at a select concert hall near you, touring behind Mostly Messed Up.  The first several dates will have Lydia Loveless, who is touring behind her fantastic new album Somewhere Else, opening for what could be the best one-two punch of the summer.