For many of us, Linda Ronstadt provided the soundtrack for our first kiss, our first breakup, our first crush, and our first love. Her soaring voice broke our hearts with tender, sometimes ironic, ballads—”Hasten Down the Wind,” “It Don’t Matter Anymore”—but that distinctive voice also pushed us up out of our seats and onto the dance floor with rockers such “That’ll Be the Day,” “Tumbling Dice,” and J.D. Souther’s screaming country-rocker “The Fast One.”

Most of us who grew up with Linda Ronstadt spinning on our stereos followed every move she made, from her earliest songs with the Stone Poneys and her Michael Nesmith-penned hit, “Different Drum” and the beginnings of her solo career—with the Hee-Haw-like cover of the 1970 album Silk Purse (containing the hit, “Long Long Time”) and her eponymous 1972 Linda Ronstadt, with her sonic interpretation of Jackson Browne’s “Rock Me on the Water”—to the long string of Peter Asher-produced albums beginning with the 1973 Don’t Cry Now, her collaborations with Nelson Riddle on Lush Life (1984, still Asher-produced), her joining voices with Emmylou Harris and Dolly Parton on Trio (1987), and her gorgeous interpretation of traditional Mexican songs in Canciones De Mi Padre (1987). Throughout her singing career, we could count on Linda Ronstadt to move us with her affecting interpretations of the songs she admired.

As she tells us in her new memoir, Simple Dreams: A Musical Memoir (Simon & Schuster, $26), out today, “when I admire something tremendously, it is difficult not to try to emulate it. Some of the attempts were successful, others not.”

Yet, as journalist Alanna Nash first reported in an AARP Magazine interview with Ronstadt on August 26, 2013, (www.aarp.org/entertainment), the beloved singer discovered some stunning news at which she only hints in her book; in December 2012, Ronstadt was diagnosed with Parkinson’s disease, and one of the saddest and disheartening effects of the disease is that she can no longer sing a note. While Ronstadt performed her final concert in 2009, and her 2004 Hummin’ to Myself was her final solo recording, she had never provided any reasons for her retirement in 2009. Although the singer mentions in her memoir that she began noticing changes in her voice in her 40s and 50s, and in that final performance with her beloved Mariachi Los Camperos a friend tells her that of all the times he’s heard her perform with a “still-healthy voice” he’s never seen her happier, she does not go into details about her life after her diagnosis in the book.

It’s fitting, indeed, that Ronstadt doesn’t go into detail about her disease in Simple Dreams. Her memoir is about her music and the ways that she’s shaped and been shaped by a deep musical sensibility.

I caught up with Ronstadt by phone as she was beginning her short book tour, and our conversation focused on her music and her memoir.

Why did you write this book now? How long has the book been in the making?

I guess it took me about a year and a half to write the book. You know, I was lying in bed and didn’t have a lot to do (chuckles). Some people asked if I was writing this book to reinvent myself, but of course I wasn’t; art doesn’t work like that; you don’t invent yourself, or reinvent yourself, through art. I wanted to write the book to set the record straight. There have been a lot of things written about me over the years that are simply wrong or false; many of those stories didn’t focus on my music. I wanted to focus on my music; I’ve done a wide variety of musical styles over the years, and I wanted to talk about why I made certain choices and not others in making my music.

Many musicians have used a co-writer or a ghostwriter to help them write their memoirs. You chose to write this book yourself. Why?

Well, there was one writer I really loved, and I thought “I can work with him; why not let him tell my story.” Then I realized I’d be in the same boat as I had before; it would be like another interview, and I’d done enough of that. I wouldn’t be telling my story in my own words. I was terrified at first; I’d never written a book, and I wasn’t sure where to start. I needed some advice, so I called Michael Pollan—whose beautiful book, The Botany of Desire I have read over and over again—and talked to him. He said, “Everybody has at least one story they can tell.” Well, I knew how the story ended, so I started there, and I stuck with the music and wrote about it. I wanted to make it clear and to make the truth.

Your parents were an important part of your musical journey. What are some of your mother’s most memorable qualities? Your father’s?

My mom was very orderly; she was into math and science, and she was very inventive. I think maybe I get my sense of wanting things in order from her. My father had a great sense of humor. He read a lot and passed that love of reading on to me. He was a very good singer, and we sang together a lot. The night before I left home to move to LA to sing in a folk-rock band, my father—seeing that neither he nor my mother could change my mind—walked into the other room and returned with the Martin acoustic guitar that his father had brought brand new in 1898. As he handed me the guitar and thirty dollars, he told me what his father had told him: “Now that you own a guitar, you will never have to starve.” I still have that guitar.

Who are some of your greatest musical influences?

Mexican traditional music such as the Trio Cavaleras and Trio Tariacuri, but especially Lola Beltran, who stood for Mexico as Édith Piaf stood for France. She influenced my style more than anyone; she had this enormous, richly colored voice loaded with drama, intrigue, and bitter sorrow. And I loved my tenors: Smokey Robinson, Brian Wilson, Aaron Neville, and Ricky Skaggs.

I haven’t really had any disappointments; I’ve been so fortunate to work with some great artists over the years. Well, I guess, though, I’m disappointed that I didn’t sing better. I love all kinds of traditional music, and I really would have loved to have sung better the songs I recorded and to have sung more traditional music. You know, I loved rehearsals; they were the most fun. Everything is possible there, and when the people and vision are right, so much can happen.

Talk about your vision of music, which you discuss in the book.

Everything about music is hard; there’s nothing easy. But making good music involves intimate relationships with others; it’s sort of like sex, but it’s not, of course. It’s important to find the right people and to play music with people who have a shared vision. As I say in my memoir, it can be pure joy when you get together with a compatible group of people to serve a clearly defined musical vision; if the group lacks that shared sensibility, though, it can be pure misery.

What do you miss most about making records or performing?

I don’t miss performing or touring at all; I never really liked that. I do miss rehearsing, and I really miss musical conversations. I still get together with my music friends, but it’s just not the same now; I want to be singing with them, and I can’t. Emmy [Emmylou Harris] still calls when she’s in town, and we get together, and talk about shoes or our kids, but it’s sad not to be able to get together to play music with her.

What will readers be surprised to learn about Linda Ronstadt when they read the book?

Oh, I don’t know; I’m not sure what they know about me now or what they want to learn. I do think they’ll see in my story that the moves I made were decidedly not good as career moves; I didn’t make any contrived or calculated moves in order to make a career out of music, but I deliberately chose to sing in musical styles I was interested in, and I’ve been happy with that.

Are there any lessons or thoughts you’d like readers to take away from your story?

Write what you know; sing what you know. Learn about other kinds of art and other subjects; don’t immerse yourself only in music; I always had art books on my music stand so I could explore other worlds. Everything you do informs everything else you do. Your own little tapestry will be that much richer the more you add to it. Also, at the time, struggling with so many different kinds of music seemed like a complicated fantasy, but from the vantage point of my sixty-seven years, I see it was only a simple dream. 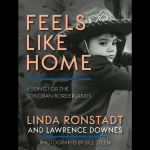 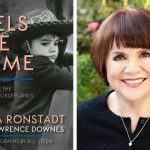