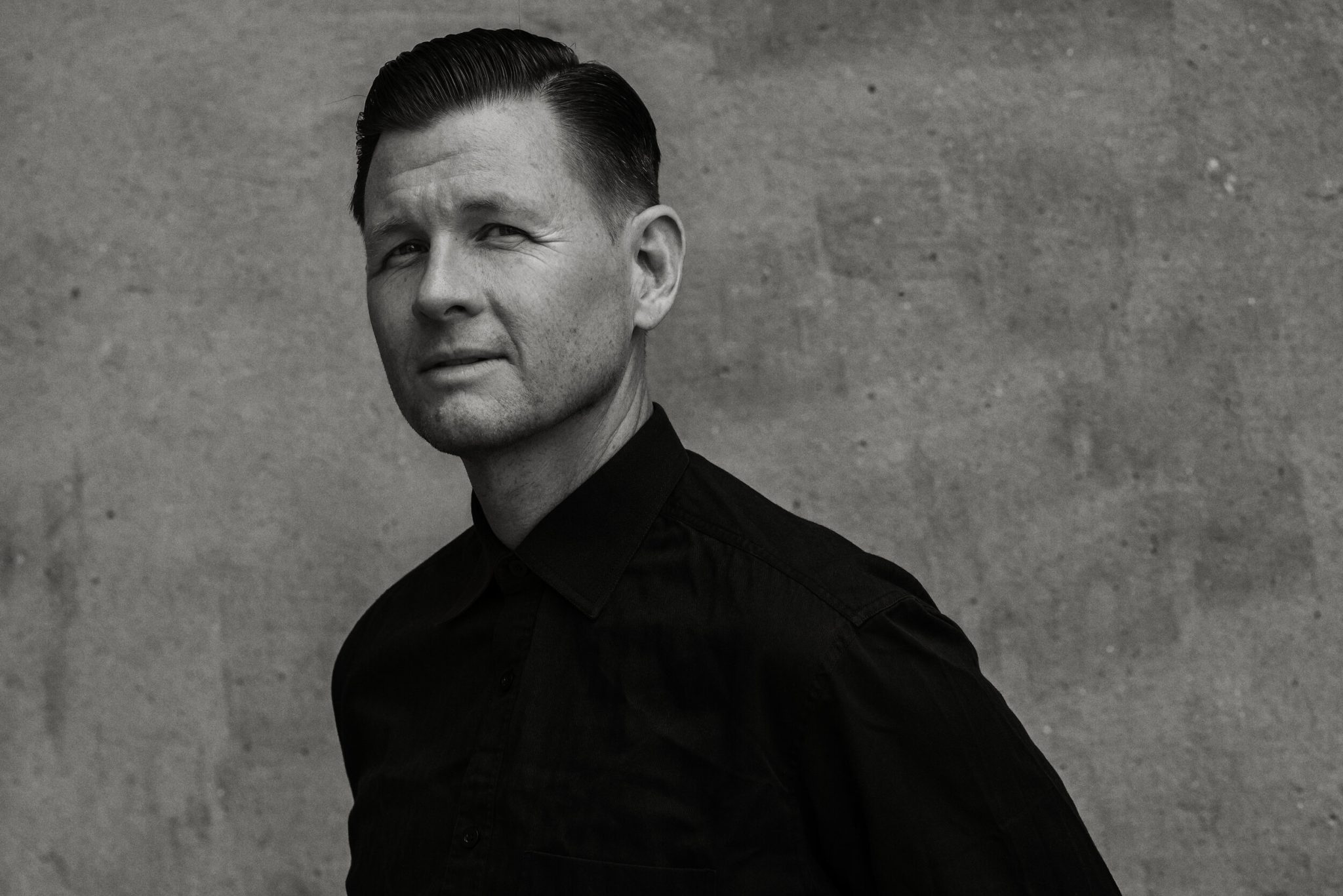 Jake La Botz has been playing music for a long time — over two decades now — but that’s only part of his story.

He’s also an actor, a practitioner and teacher of meditation, a reader, and a thinker. It’s a mix that makes for songs rich with vivid characters and resonant with profound truths. 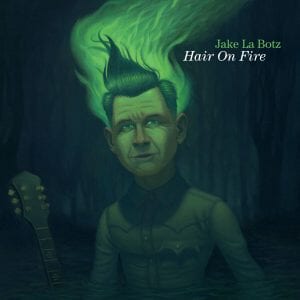 The title of his new album, Hair on Fire, is a reference to a saying in Buddhism “that you should practice as if your hair is on fire,” La Botz explains in a press release announcing the album. If you want to strip away what’s not needed and see the world around you for what it truly is, the time — as it always is in meditation — is now.

The title track marries the clarity of meditation with a gospel sound and a singalong la-de-dah-dah chorus, all avenues to tapping into something spiritual. “I Don’t Want It” casts off everything but love to get at the intrinsic goodness we all have inside, and “Let It Fall” brings up the tantalizing question of what the world would be like if everyone dropped their metaphorical makeup and costumes.

But amid calls to slow down and strip back is the sense of fun and flair that has always marked La Botz’s songs. “First McDonnell’s on the Moon” checks in on a fast-food worker in a future capitalist hellscape (“Bernie Sanders got me $15 an hour flipping burgers in a meteor shower”), and “Getting Ready to Roll” gets funky as karma comes for some shady characters.

As he prepared to launch a tour of tattoo parlors across the US this month, La Botz answered our questions about his own relationship with tattoos, his meditation practice, and how his roles in TV and movies affect his music for our In the Deep End With … series. The questions start out skin deep but then move closer to the soul.

Your upcoming Tattoo Across America tour has you playing mostly in tattoo parlors, instead of the usual music venues, which has become something of a tradition for you. Why did you start playing in tattoo parlors, and why do you still play them?

The tattoo tour was born out of a combination of a couple of things. One was that I was already playing tattoo shops starting in the ’90s. I had many friends who were tattoo artists. We bonded over shared interests like art and music … and sometimes less noble diversions. Some of the tattooers liked having me play live in their shops, either for special events or just to add flair. The other thing was that I had fans around the country asking me (via Myspace in those days) when I was going to come play in their towns, but I didn’t have a booking agent or any sense of how to go about setting up tours in traditional venues. I hadn’t done much real touring by that point even though I had been playing professionally for a number of years, partly due to my heroin addiction. It’s hard to tour when you need to go out searching for illegal medicine every day. After getting clean in 1999 it became clear I’d have to start figuring out touring.

Tattooing had really hit the mainstream around the time I started to pull together the first Tattoo Across America Tour in 2006. So I put it out there to my tattooer friends, and to the internet, and there was an immediate response from tattoo shops all over the US, and eventually Europe as well. I became the guy who tours tattoo shops.

What I really love about the tattoo tour is its homey-ness. I get to hang out in an artistic environment, often with old friends and their families, their crew and clients, and whoever else shows up. It’s kind of like playing house parties, but hipper! I love tattooing, tattoo culture, and how tattoo shops have become a bastion of art and community gathering in a time where there is desperate need for those things. 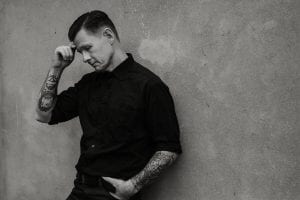 You have a lot of tattoos yourself. Can you tell us about a few of your favorite ones?

I started handpoking tattoos with friends as a young teenager. That seemed to be pretty common where I grew up in Chicago. Later many of my tattoos were done by friends in the early stages of their tattoo careers when they needed skin to practice on. So the early ones weren’t always the most beautiful! One of the tattoos I really love was done by Mark Mahoney at the very first stop (Mahoney’s Shamrock Social Club) on the very first tattoo tour in 2006. It’s a fine-line portrait of the great Tibetan meditation master Chögyam Trungpa, whose Buddhist lineage I belong to.

You’ve described the seed of Hair on Fire as a moment when you were teaching meditation in a prison and you heard a gospel band playing next door. Can you tell us about that moment? And how it inspired the music on this album?

In the great meditation traditions of the East, singing, music, and poetry were very much part of spiritual tradition. But as those lineages have come to the West the musical part has often been lost, rearranged awkwardly, or completely left behind in some cases. In my own Buddhist tradition we practice and study meditation very deeply and profoundly, but we don’t have much in the way of music as part of the practice. I feel there may be something missing for us there in terms of the joy, energy, opening, and the possibility of connection that comes from sharing in music together in a spiritual practice setting.

Another thing is that the African American gospel music traditions have made a huge impact on me and my songwriting. I played guitar in a Black Baptist church in South Central L.A. for a couple of years when I lived there. The musical aspect of spirituality was so prominent there and I really loved that. So when I was leading meditation practice with inmates in a Georgia prison and a gospel band started playing in the room next door, I was elated. I felt so happy to hear the joyful musical expression seeping through the walls and joining us in our meditation space. I think we all felt it, and for me it was like, “Oh yeah, this is the other part!” Maybe what’s happening on this album is that I’m allowing more of my complete experience into the songs. In other words, not being afraid to sing about meditation and spiritual practice.

How did you discover meditation? And what does it do for you now?

When I got clean from drugs I had an incredible experience of what I would call “the beauty and wonder of life” that lasted for several months. In the 12-Step world they sometimes refer to this as “the pink cloud.” It was like falling in love. Everything around me seemed fresh and magical. I was excited to be alive, maybe for the first time since being a child. That excitement had me looking everywhere to try and discover the source of the freshness and magic. Eventually I found home in a Buddhist meditation tradition. What I like about the practices and teachings of my lineage is that they are about using the tools of meditation to open to and make discoveries within my own gritty, rugged life, just as it is, and to rely on that experience of reality, rather than trying to get to some “higher” or “better” place, or to rely only on what someone else says. Meditation gives me the space to take an ever-fresh look at whatever and whoever shows up. Through that I find there are a lot of creative possibilities.

There are so many great characters you inhabit on Hair on Fire — a killer for hire (“Killing for a Living”), a hair-trigger cop (“It Looked Just Like a Gun”), a fast-food worker in space (“First McDonell’s on the Moon”). It feels almost like you’re playing a role, just as you do on the acting side of your career. How do you put yourself in someone else’s head like that? 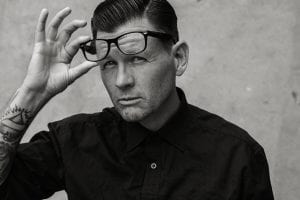 I think many artists open beyond their limited “self” when they create. Some might even say that that is a defining characteristic of being an artist: transcending and opening toward the depths of life, the collective unconscious, whatever you might call it, in order to give expression and share discoveries with others. Some of the writers I love are really great at this. Nelson Algren comes to mind. You get the feeling reading him that he can write from the point of view of any person he ever met or thought of. I would also say that this kind of openness and deep empathy is not limited to artists. I think everyone has the potential for this.

Some of the songs on Hair on Fire are about leaving unnecessary or unhelpful things behind, like “Let It Fall” and “I Don’t Want It.” What have you had to let fall away in your life, and how did you let go of those things?

As mentioned earlier I started the process by coming out of heroin addiction. From there it’s gone from the gross to the subtle and back again. It seems there’s always more to uncover and discover. For me, all kinds of emotional baggage comes up and has to be sifted through and felt. All kinds of habitual patterns that are unhelpful for me and others have to be looked at and seen. The interesting thing, at least in my experience, is that there’s potential for opening, connection, and creativity through all of it. Rather than tossing out bags of garbage, it’s been more like discovering what’s there, allowing it to be experienced and felt in the body, and through that coming into deeper understanding and relationship with what this life is. In meditation we have practices for relating with, and opening to, vast space within our own body and beyond. The more I open to that space the less “solid,” the less of a big deal, these things seem to be, and the more room for healing and energetic freedom.

I think the question in the song, “Will you let it fall?”, means is there a willingness to not hold onto hard-fixed ideas, to constant grasping for pleasure, or to hope for security. The actual letting go part seems to happen on its own time, like wearing out the soles of shoes. 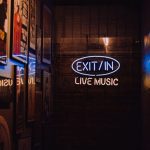