Following is the opening essay from the Fall 2017/Foremothers issue of No Depression in print, which is now available for preorder.

One night in my youth — I don’t recall the exact circumstances, but I was definitely younger than 21 — I went out to a field with a cluster of friends and strangers just to look up at the stars. By that time, granted, the night sky was no stranger to me. The starry night has been a friend since childhood, when it was the first thing I sought on camping trips. In college, I gobbled up stories of ancient Greeks and Romans, who sought their gods and goddesses in the sky, imagining pictures of men and beasts by connecting the dots of shining stars. To look at stars is to gaze back in time — the light we see from Orion’s belt was sent out into the darkness years ago, and will only just reach our eyes tonight.

But this particular night, we were looking for the Pleiades. Beyond Orion sits a dark patch of sky with a cloudy light about it. Shift your eyes ever-so-slightly and that cloud of light becomes a cluster of about 250 young stars, though most folks can only see six to ten of them. Where Orion (the hunter) is the past, those dimmer stars, known as the Seven Sisters, are the future. That the ancient Greeks saw these new stars as elusive and dim too, should tell us something about our place in the universe. Thousands of years later, those 250 stars — taking up a tiny patch of the vast sky — have yet to realize their full light. The parade of human history that has gazed upon them has been, to them, like a mosquito buzzing by at dusk.

This scene surfaced in my mind as I made the 90-minute drive from my home in Asheville, North Carolina, to the Carter Family Fold in Southwest Virginia, for a story you can find in the Fall issue of No Depression in print, “Foremothers” (purchase/subscribe now). I was thinking about how so much of what we know about American roots music is through the lens of men. The tendency of music writers to tell the stories of women in relation to their men has always struck me as … unfortunate. Yet I too have been asked by editors to qualify phrases like “singer-songwriter” with the word “female,” as though “male” is the baseline of normal, and anything outside of that must be explained.

We tell the stories of our music stars as though they are warriors and bulls and gods we’ve immortalized. But when we consider the “sisters,” we tend to start with the men behind whom they stood.

The Carters we know through the story of their patriarch, AP, who went into the hills to collect hundreds of songs. But the story of that family band also exists through the eyes of Sara and Maybelle, who raised six children between them, sewed clothes, canned vegetables, struggled in marriages, moved around the country, and still somehow managed to turn the country music establishment upside down.

Elizabeth Cotten we know because Pete Seeger brought her on his television show and Mike Seeger recorded her. But by the time she met the Seegers and, somewhat accidentally, became “discovered” by them, she was decades into adulthood. Her story stands apart from the ways they recorded her music. It seemed to me time to consider Cotten’s story as a standalone thing — a black woman like any black woman of her time, who paid the bills by serving white people, who raised her children and then raised their children and then helped raise even their children. Then, after all that, Cotten rode her brilliant guitar work and infectious songs into somewhat of a music career. That she wrote her first song at age 11 is notable, but what a life she led between that event and the one that saw the old woman in a recording studio laying it down to tape. We’re told her story through the lens of the Seegers’ discovery of her, but follow the light past Orion’s belt on that one, and a universe of stories emerges.

When we decided to dedicate an entire issue of this magazine to these and other women, I had to get past the urge to throw up in my mouth a little bit, to avoid any avenue where people could call it our “Women’s Issue.” I was determined that this not be a collection of stories about girl bands and female singer-songwriters. Instead, I wanted us to shift our eyes just a little bit, see past the stars we’re always gazing at, and look at these artists from a different angle. My hope was that this shift would open up galaxies of untold stories, and I reckon it did. I hope you enjoy them. 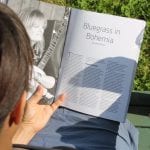 Have You Subscribed Yet? 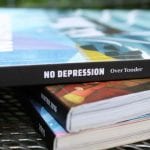 Updates from the Drive