Harry Crews (1935-2012) was born on the northern edge of the Okefenokee Swamp and grew up deep in the piney woods, swamps, and rural backwaters of south Georgia. In A Childhood — a memoir he wrote about his first six years — Crews writes about how he grew up in poverty, fishing for chickens through the loose floorboards of his front porch.

Stories animated the young Crews’ life, and he grew up surrounded by good storytellers whose tales were like magic to him. They transformed his world. One of his favorite childhood memories involves looking at one of the few books in the sharecropper’s shack where he lived — the Sears Roebuck catalog — and making up stories for the people pictured in its pages. This first brush with storytelling embedded within him, and when he eventually joined the Marines, left the South, saw and experienced other parts of the world, and signed up to study with Andrew Lytle at the University of Florida, the powerful embrace of storytelling wouldn’t let him go.

Crews struggled to slip into the life of a writer, publishing his first novel, The Gospel Singer, in 1968. On the strength of that novel, he began an almost 30-year teaching career at the University of Florida, from which he retired in 1997. He continued to publish fiction that sometimes received high praise and other times drew mixed reactions from reviewers. During these years, Crews also wrote gritty and highly-respected journalism for Playboy and Esquire, where he used his uncanny ability to take on the persona of his subjects: carnival workers, gator poachers, evangelists, and others.

Well-known for his rough living and his punch-drunk, brutal honesty, Crews drew a cultish following for his often violent, always humorous and dead-on novels filled with freakish denizens of the New South who were trying to find their way with Old South-like rural canniness.

For a short period, Crews hung out with Madonna and her then-husband Sean Penn, and Madonna told Crews he was “definitely the coolest guy in the universe.” Lydia Lunch and Kim Gordon, of Sonic Youth, enamored of Crews’ writing and persona, formed a short-lived punk band called Harry Crews. The group released one album — a live album called Naked in Garden Hills — of songs they wrote using the names of Crews’ novels.

Herry Crews’ role in the Southern cult film Searching for the Wrong-Eyed Jesus (2003) bolstered his reputation as a kind-hearted but ornery guide to the dark heart and the deep secrets of the South. When Crews died in 2012, the Southern Gothic tradition lost a pugnacious and audacious novelist with a deep affinity for looking at the world with all its blemishes, seeing through the masks behind which most people hide, and using humor, however sarcastic, to reveal the truth beneath the lies behind which we often hide.

We’re very lucky, though, that Ted Geltner, when he was young reporter for the Gainesville Sun, drew the assignment of interviewing Crews, whose 1973 novel The Hawk is Dying was being turned into a film starring Paul Giamatti and being filmed in Gainesville, Georgia. That initial conversation with the cantankerous novelist eventually blossomed into a symbiotic relationship between the two. Crews, in his later years, often called on Geltner to drive him to pick up his medicine or his beer. Geltner absorbed the stories that he would later turn into a biography about Crews.

Now, Geltner’s Blood, Bone, and Marrow: A Biography of Harry Crews (University of Georgia) brings to colorful life once again the writer so driven by his craft that he once advised young writers, “If you’re gonna write, for God in heaven’s sake, try to get naked. Try to write the truth. Try to get underneath all the sham, all the excuses, all the lies that you’ve been told.”

Many critics have called attention to the number of grotesque characters and freaks in Crews’ work. Some critics have likened Crews to Flannery O’Connor and Carson McCullers strapped side-by-side on a roller coaster.

His second novel, Naked in Garden Hills, features a 600-pound homosexual Metrecal addict, a failed jockey who rides a chair as he watches the races on television, and a man given to romping naked though an old mine. Another novel, A Feast of Snakes, set in the small South Georgia town of Mystic, features sodden dirt farmers, peg-legged deputy sheriffs, and languishing ex-football players turned liquor runners, all gathered for the town’s annual rattlesnake hunt. Many of his novels feature little people, and in The Gospel Singer, a character named Foot (because of his 27-inch foot) owns and operates a traveling freak show of which he is the star attraction. In Car, auto mechanic Herman Mack devours a Ford Maverick piece by piece.

The Gospel Singer, published while he was teaching at Broward Community College, opens in the jail cell in Enigma, Georgia, where Willalee Bookatee is being held for the murder and rape of MaryBeth Carter. Yet, as it turns out, it is likely a protégé of the Gospel Singer, “the midget with the largest foot in the world,” who has returned to Enigma, worshipped by the people in the town. It’s a tale of unrequited evil set in a world where men masquerade as good, worship each other, elevating some among them to god-like status, and where conscience lies hidden from view. Critics compared Crews to Tennessee Williams, and declared that his novel testified to “the inescapability of man’s actions — or his inaction.”

Following A Feast of Snakes, Crews didn’t publish another novel until 1987. That was All We Need of Hell, followed by novels — The Knockout Artist (1988), Body (1990), and Scar Lover (1992) — that were fueled by his deep immersion with boxing and bodybuilding.

Once, when Crews was asked what it took to become a real novelist, he shouted out, “Blood! … Bone! … Marrow!”

Crews can rest assured that his biographer, Geltner, has done his job right, splendidly and powerfully bringing Crews back to hellacious, pugnacious, hard-driven life, and living up to Crews’ own dictum: “I want my work to turn them back upon themselves and force them to look into their own hearts.” Geltner richly chronicles each of Crews’ novels, providing details of character and plot, situating them in the context of Crews’ life, and sharing the growing critical praise for each one. This biography encourages us to pick up any of Crews’ novels, from his first widely acclaimed The Gospel Singer to his later novels, such as his less widely praised Celebration, and to find — or to read for the first time — a writer baring his soul, trying to get readers to turn back on themselves and search their hearts. 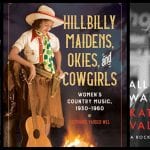 THE READING ROOM: Books to Help Keep Music on Our Minds 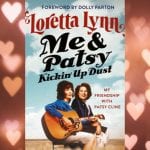