Arlo Guthrie, a beloved folksinger, songwriter and storyteller, has been touring for more than a year commemorating the 50th anniversary of the real-life events that inspired his most iconic song, “Alice’s Restaurant Massacree.” Two recent releases will allow Guthrie fans to keep the celebration going even after the tour bus has left town.

A May 2015 Arlo Guthrie concert at The Colonial Theatre in Pittsfield, MA was filmed and PBS affiliate stations across the country fittingly aired highlights from that show on a Thanksgiving night special.  The audio from that full show was also recorded and the artist’s own Rising Son Records released the resulting 2-disc set in late February.

This 26-track collection nicely captures the magic of Guthrie’s heralded live performances – a mix of songs and stories that have allowed the traveling troubadour to captivate audience for generations.

The songs on this set are an even mix of both covers and originals, including four of the seven songs from his 1967 debut album, Alice’s Restaurant. One of those four is “Motorcycle Song,” a nonsensical fan favorite in which he manages to rhyme “motorcycle” with “pickle” in a feat of creative pronunciation.  The brief and up-tempo rendition here kicks off the concert and sets a fun and nostalgic tone, which is carried throughout the show.

Another notable song from that debut album is “Highway In The Wind.” Following an story in which Guthrie talks about his fateful trip to the West Coast in the summer of 1965 that would allow him to first lay eyes upon the woman he would eventually marry, Guthrie dedicates the lovely folk rock song to his late wife, Jackie.  The resulting rendition ends up having both an optimistic and retrospective feel to it – a unique combination that Guthrie culls through both the introductory narration and the song lyrics, themselves.

Guthrie’s storytelling takes on a much less serious tone on the amusing “Me & My Goose.” This humorous little tale, which Guthrie turned into a children’s book in 2014, finds a family pet taking a dramatic turn in fate that may catch some listeners off guard.

As you might expect, some of the covers included in an Arlo Guthrie setlist are ones originally penned by his father, the legendary Woody Guthrie.  While “This Land Is Your Land” makes a nice and unsurprising appearance, the two most memorable Woody songs are the ones we’ve never heard him sing – “I Hear You Sing Again” and “My Peace.”

Both tunes were based on unpublished lyrics/writings from the Woody Guthrie Archives, which are maintained by Arlo’s sister Nora. The lyrics for “I Hear You Sing Again” were given to the singer/songwriter Janis Ian, who turned it into the lovely ballad Arlo covers here – a rumination on loss manifested through the narrator’s longing to once again hear a late mother sing.

On “My Peace,” Arlo put his own music to one of the last songs the elder Guthrie penned.  He did this more than a decade ago and has been using it to close shows, with the help of audience sing-along, since then.  Although fans know that this song marks the end of a concert, the melody and sentiment are both so lovely that they still look forward to it.

As this live collection’s title suggests, the centerpiece here is “50th Anniversary Alice’s Restaurant Massacree,” the latest rendition of Guthrie’s all-time classic. Following the first instantly-recognizable notes of the acoustic guitar lick that propels this mostly-spoken song along, the home-state crowd roared its approval.  This prompted Guthrie to wryly note, “Sounds like some of you heard this before…I know I have.”

He then launches into a meandering tale that connects a Thanksgiving Day littering arrest to the Vietnam draft with a take-home message about the importance of people making their voices heard and standing up for what they believe in. Although the narration’s events become more dated with every passing year, the message at the heart of the story endures, which is a key component to the song’s enduring popularity and incredible longevity.

Given that “Alice’s Restaurant Massacree” is more than 18 minutes long and Guthrie has been playing it for 50 years, it’s understandable that he has decided to only perform it during tours marking milestone anniversaries of the events described in the song.  Fans can only hope that this 50th anniversary tour is not their last opportunity to hear it live.

Guthrie has been releasing recordings from many of his tours over the past decade, so there are many different live CDs to choose from.  Given the historical significance of this tour, the inclusion of his most popular song and the quality of the recording itself, this may very well be the best of the bunch.

Directed by Arthur Penn, who was following-up on his success helming the Academy Award-nominated Bonnie And Clyde in 1967, the film is an odd combination of a biopic loosely based upon Guthrie’s life as a young artist, a snapshot of the bohemian lifestyle of the late ‘60s hippie and a dramatization of Guthrie’s littering arrest/court appearance and subsequent military draft experience, which he made famous in the original 18-minute song.

Thanks to the folks at Olive Films, a Chicago-based company dedicated to bringing independent, foreign, documentary and classic films to life, Alice’s Restaurant was recently released for the first time on Blu-ray.

This Blu-ray is presented in 1080p resolution with an aspect ratio of 1.85:1 and although there are definitely visible scratches, dirt and dots, the kind of visual imperfections you expect to find in a film that it nearly 50 years old, this movie has never appeared better in a home entertainment format.

From a narrative standpoint, this film feels a bit uneven – most likely due to stretching 18 minutes of source material into a nearly two-hour film.  This results in Penn spending a little too much time establishing the various characters before getting to the events described in Guthrie’s song.  Once there, the narrative tempo picks up and very quickly you’ve flown through the different story segments.

That’s not to suggest that this isn’t a good film.  Fans will relish the chance to spend another two hours with Arlo and will especially enjoy the scenes where he visits his father, Woody Guthrie (played here by Joseph Boley), in the hospital.  The most memorable of these visits is the one in which he walks in the room to find Pete Seeger playing and singing old folk songs for Woody.  Arlo initially provides harmonica accompaniment to a song before pulling out his guitar for a duet with Seeger on Woody’s “Riding In My Car.”

Fans will also enjoy scenes depicting Guthrie’s arrest and interactions with Officer Obie, especially since the real-life Officer William Obanhein, chief of police in Stockbridge, MA, portrays himself in the film.  Guthrie’s banter with Officer Obie is a highlight of the song’s narrative and the same rings true in the feature film.

While this is certainly not a perfect movie, it is a nice trip down memory lane with Arlo.  The improved visual presentation Olive Films gives us with this Blu-ray release makes it superior to all previous versions, making it a must-have for his fans, especially those celebrating the landmark anniversary of the events that inspired the creation of the “Alice’s Restaurant Massacree.”

Until next time, enjoy Alice’s Restuarant! 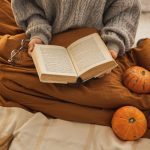 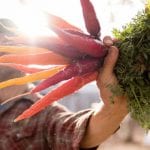 BONUS TRACKS: Food Matters and Gifts That Do Good