Alan Doyle, a singer/songwriter and founding member of the beloved and now-retired band Great Big Sea, released today his third solo album, A Week at The Warehouse, on Universal Music Canada.

The album’s 11 songs reveal that Doyle hasn’t strayed too far from the formula that made Great Big Sea’s catalog, as well as his previous solo efforts, so appealing to a broad audience of music fans – an infectious blend of old and new styles that deftly combines facets of folk, rock, country and even traditional maritime shanties.

From the start, Doyle wanted his new record to be a “band album,” meaning one that showcased the talented members of his own The Beautiful Band and one that was recorded live off the studio floor.  To help bring his vision to life, Doyle recruited renowned producer Bob Rock, known for his work with a diverse group of artists – from Metallica to Michael Bublé and everything in between.

With Rock at the helm, Doyle, The Beautiful Band, and guest musicians gathered at The Warehouse Studio in Vancouver, British Columbia in January 2017 for a week of sessions that would ultimately produce the aptly named A Week at The Warehouse.

To help celebrate the album’s release, Doyle shared a mini-documentary with No Depression chronicling that special week of communal music.

Alan Doyle – A Week at The Warehouse [Short Documentary]

Until next time, enjoy both the new album and this exclusive sneak peek at its creation! 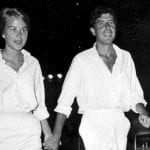 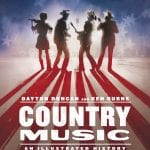