When future Hollies Allan Clarke and Graham Nash were  teenagers they approached the Everly Brothers after a concert and it changed their lives. Don and Phil, then huge stars, spent some time with Allan and Graham encouraging their musical ambitions. “They had no idea they were teaching me a life lesson,” recalled Nash, who used the instance as a guideline as to how he would treat his own fans, if he ever got any.

Nash’s path took him to where he was arguably bigger than the Everlys. and his pay-it-forward kindnesses thrilling fans for years. Nash recently published a memoir, Wild Tales, but fans may get the most of the audio version where Nash tells his story in a conversational style creates a format where he sits next to you for twelve hours and tells you about his life.

The bad news is that you don’t get to ask questions, so you’ll have to be satisfied with mine.

When you started writing the book did you have a plan?

There was no plan whatsoever. My friend Bob Spitz had already researched what it was like for young people for a book he wrote about The Beatles and he had all that information. We put a tape recorder between us and I just started talking. He typed up my words and handed them back to me, I put them in the right order and checked a few dates.  It was an experience doing the audiobook, reading it out loud rather than writing because when you are writing you cant emphasize certain words. When you read it aloud it’s a whole different experience, which I found to be quite interesting.

How does a major British Invasion figure age gracefully?

Part of the secret is that I’m still waiting to grow up myself.  I’m waiting to be an adult. In a strange way I’m still waiting to get found out. I have a positive outlook on life, I expect the universe to support me and to love me. If me and my wife and my kids and my friends are all OK the rest of it is a huge game to be played he nest way you can.

How do you stay nice, in this business?

I am nice, it’s not a question of becoming nice, you are either nice or you’re not. It’s not something that you can turn on and off.

But there must be a lot of pressure, times when people want a piece of you, where they invade your space.

It’s part of the game. People want to touch the flame. The fact that I am in minor instances become the flame can be a whole different thing.

Do you feel safe?

I’ve always felt safe. What could possibly happen? Someone would kill me? So what?

That would be a big deal.

Is it a big deal, really? I’ve lived my life openly, I’ve never had bodyguards. I have someone who helps me through my general day who happens to be my son, but I’ve always felt safe.

Tomorrow I’ll start the final on finishing the CSNY box set from our 1974 tour.  It’s taken me several years, we are coming to the end and we’ll probably see it sometime next year.

Will it include video?

No one in 1974 was doing enhanced video of sports games. Now, when you go see the Lakers or the Seahawks you see everything on a giant screen but back then no one was doing it except this one place, the Capitol Centre in Maryland. So there are some videos, I’m still in negotiation with Neil about including them because they are a little funky, and we didn’t know how to light the stage for video at the time. No one knew anything about video back then. So it’s a little dark and a little fuzzy but I think it’s important historically to see us working as a rock and roll band in 1974.

Who are your best friends?

They’re normal people.  Close, close, friends who are not stars, they are just normal people who I love. I don’t have a lot of famous friends, I’ve never known what to say in front of famous people, they make me a little uncomfortable.

I saw you in 1970,  the Four Way Street album performed before it came out, hearing many songs that became classics live for the first time. That’s never going to happen again.

How do you know?

We aren’t like other bands. On my solo tour there were five new songs that people never heard before. Some of the new songs that were in my set were stunning people, there is one called “Burning for the Buddha” about the 128 monks who have burned themselves to death this year.

We have to keep writing, we have to keep expressing ourselves or it becomes a joke where we just keep repeating what we’ve already done. 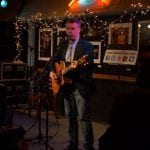 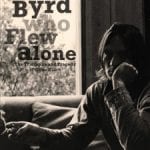 The Byrd Who Flew Alone: The Triumphs and Tragedy of Gene Clark (DVD Review)