Giving Thanks for Fluff & Gravy

Fluff & Gravy Records is a Portland-based label and recording studio that has an eclectic roster of artists, about two-thirds of which are from the Northwest. John Shepski runs things with the personal touch that comes from also being a musician.

What got you started in the music business and when and why?
I’ve been playing music since I was a kid, starting with violin at age 4 and then moving on to piano and eventually guitar. I have no idea why my folks decided I should learn music, since neither of them seemed to have a particular interest, but I’m grateful that they did. I’ve gone through most of my life playing casually in bands and for friends at parties, but never really thought seriously about making a career of it. Around the time I turned 40, I was playing more music than I ever had and it was starting to consume me. I was playing as a member of Drunken Prayer for a few years, and in 2011 Morgan Geer had a whole new batch of songs to release under the Drunken Prayer moniker but didn’t really have the finances to get it out there.
That was the birth of Fluff & Gravy Records, and it has kind of taken off from there. Our first official release was a Drunken Prayer Christmas 7″ in November of 2011, and by the end of this year we will have 45 releases from 22 different bands.

What do you do now and how do you describe your business?
I run Fluff & Gravy Records with Chad Lanning, and Fluff and Gravy Studios with Juniana Lanning. As a label, we have what (I hope) is a pretty artist-friendly model. We try to be hands off from an artistic standpoint, essentially giving our artists free rein.

How do you describe your label’s music who’s never heard of you?
FnG tends to get pegged as an “Americana” label, and I’ve spent the last 6 years trying to figure out exactly what that means. I feel like we try to release a broad range of music, and don’t focus much on genre. We bounce back and forth between straight-up folk, country rock, indie rock/pop,  garage rock, blues/roots, and indie folk. I feel like what ties it all together is an inherent honesty among our artists. With a few exceptions, our artists tend to be lyric-focused.

What was the first artist or album that got you into Americana or roots music?
Although I was born in the late ’60s, I really didn’t feel like I found a musical identity for myself until the mid- to late ’80s/’90s. Before that I listened mostly to what everyone else did in my hometown – rock and roll, mostly. But in high school I really discovered this great underground scene that I had no idea existed: punk rock/’80s college rock – not the stuff that you generally heard on commercial radio, but stuff that felt more dangerous and exciting. But at the same time that I was listening to bands like early The Dead Milkmen, Superchunk, and Dinosaur Jr., and I discovered Dwight Yoakam. Somehow the 1991 album If There Was A Way made it to my ears and I fell in love. That led to exploring Johnny Cash, Buck Owens, and everything else. I had this kind of dual identity as a college rock kid who also had just discovered that there was some pretty bad-ass country music out there.

Who are your favorite artists of all time?
That’s such a hard question, and I guess it would really depend on my mood. I’d have to say Superchunk, R.E.M., Luna, Elton John, Jackson Browne, Gillian Welch, Dwight Yoakam, Johnny Cash … probably not the answer you would have expected!

How do you define what Americana music is?
I’ve got trouble with that one, I guess. I feel like the term has been used to describe anything that might have a mandolin or banjo or fiddle in it. It’s kind of been watered down by years of misuse, and I try not to use it. To me, Americana means something rooted in American music, but even that isn’t exactly right since so much of what led to old-time music and Appalachian music came from Ireland. I do think many of our artists would fit under a traditional definition of “Americana,” whatever that might be.

Where do you see radio going in the future?
I care so much about non-commercial radio, because it saved me at a time when I felt like I was lost. I’ll always remember driving to school in Chicago back in 1992 and listening to WLUW (Loyola College station). I heard “Slash Your Tires” by Luna and literally had to pull over. I had never heard anything like it, and I couldn’t focus on anything else for the rest of the day. A whole new world had opened up, and my life, in a sense, would never be the same. Commercial radio had already lost its relevance to me at that time, and of course it has continued to get worse. My hope is that independent and non-commercial radio continues to play a role in showcasing the huge variety of music that is out there. I guess with streaming and online accessibility to music folks have a lot more choices, and I just hope that indie radio can survive that. We’ve had some great new stations, like XRAY-FM in Portland, that got over the past few years, so I guess that’s promising.

What recent albums or artists are you excited about?
On the FnG side, we just released new records from Jeffrey Martin and Anna Tivel that are dear to my heart. They’ve gotten a lot of attention from the media, and it’s been a joy to see them starting to get the recognition that they have long deserved. We also released a record from The Harmed Brothers earlier this year that really was a landmark change for them. That’s probably the record that I was the most personally excited about this year. We’ve got some great things coming up in early 2018 that I can’t talk about quite yet.

What are your most memorable experiences from working in the music industry?
Getting to work with some of my musical heroes has been surreal. We released a record from The Horse’s Ha back in 2013. They are an acoustic duo comprised of Janet Beveridge Bean and James Elkington. I’d been a huge fan of both of theirs for decades – Janet Bean from her work with Freakwater and Eleventh Dream Day, and James Elkington from The Zincs. It took so much courage fro me to write that first email to Janet. And she, of course, has been wonderful to work with.

Other great memories would include a 2-day outdoor festival that we put on back in 2014, and my own band, Vacilando, having the honor of playing in front of Richmond Fontaine for their final show.

What projects are you working on next?
Top secret! I hope to be able to announce something soon. We’ll be putting out a record next year from a band that is the closest to a real “country” band that we’ve ever come. Can’t wait to drop the news!

What inspires you or what keeps you going?
The music itself. I don’t know where I’d be without it.

What are your most proud accomplishments?
Well, I guess the fact that FnG has been around for 6 years in an era where record labels are considered unsustainable. We’re getting stronger and more successful with every year, and I owe that to all of the artists that we work with.

Do you have any other interesting hobbies or interests?
I have a love for bowling, chess, and baseball.

How do you want to be remembered?
I don’t feel the need to be remembered. I’m content to sit here in the background, and hopefully being able to connect the dots so that our artists can be successful. 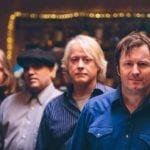 Richmond Fontaine: In Their Own Words – A Reminder Of What We’re Missing. 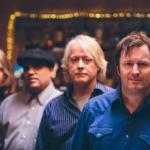 ‘Don’t Skip Out On Me’ by Willy Vlautin: “The Book Just Felt Like Music.”