A spirited and diverse crowd of die-hards and newbies gathered Saturday night at Radio Radio for what will be the last Girlyman concert for a long time. Lead singer Ty explained the band’s first hiatus in eleven years in this heartfelt missive.

Opening for Girlyman was local-by-way-of Australia singer/guitarist Martine Locke, who set the tone for a night full of raw and naked emotions and enjoying every second of life, even the parts that nearly kill you.  Reminiscent of a Melissa Etheridge who never lost her edge, the fiery red-headed and heavily tattooed Locke is as much a storyteller as she is a singer, and she regaled the audience with tales of the rocky roads she has traversed.  Punctuated by brave vocals, tender lyrics, and power chords, her songs range from seductive and titillating (“Take You”) to socially conscious songs about being bullied. Her signature song “This is Me Not Being You” reminds us why we need to be ourselves.  She ended the set in a goose bump-inducing guitar solo, and put the audience in a highly charged mood for Girlyman.

A blend of rock, folk, rockabilly, and bluegrass, Girlyman’s sound does not fit a particular genre, although they are marketed as “Leading Edge Three Part Harmony Folk.” Every member of the band writes songs, and three of them are lead vocalists. Doris has a voice that is at turns playful and wise beyond her years. Ty is reminiscent of Michelle Shocked or Shawn Colvin and easily changes between heart stirring and straight up angry. Nate’s voice alternates between romantic Damien Rice and a gritty and road-weary blend of Steve Earle and Robert Earl Keen.  Together they harmonize in tenor, alto, and soprano, while, JJ, who joined the band in 2009 after a stint with Po’Girl, holds the sound together. Her energetic presence seems to remind the others not to take life too seriously.

Girlyman believes in the power of exposure, and they constantly push themselves to dig deeper and reach for the most honest and risky emotions they can find. Their very name, Girlyman, is testament to the proof that they are anything but risk adverse. In one song they ask, “What is Hell? A place where you lose your fire.” Their name is a cause of concern for nearly every reporter they meet: “Wouldn’t you get more fans if you changed your name?” The colloquial term is meant to be an insult, but taking the name proudly takes the sting out of it.  As Nate put it, “Gender-wise, we’ve never been quite sure how we fit in.”  Nate on occasion (not this particular one) wears make up; Ty and JJ prefer button-down shirts, ties, trousers, and spiky short haircuts; and Doris prefers flowing silk floral dresses.

Their songs, however, barely touch themes of sexual identity. They sing about their favorite childhood toys, difficult break ups, falling in love, drug addiction, and losing a grandparent.  As one audience member pointed out, “They are all over the board.”

Supernova is a serendipitous title for this tour, which seems to be ending a chapter in their life together. In 2010, Doris was diagnosed with leukemia, after which, Nate played her a song he had been working on called Supernova. A supernova is a stellar explosion, the energy of which is so powerful that it creates new stars. The song became her anthem during her treatments, and seemed to be the song that ushered in band’s realization that they needed to rest or they would disintegrate.

What’s next for the ambitious quartet? “A lot,” they promised. They are using the downtime to “create, rejuvenate, and individuate.” Ty is working on a solo album and the band is working on a children’s album.

American Spiritual: Brandi Carlile at the Venue Formerly Known as The Murat 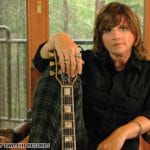 Amy Ray live in Greenville, SC, with the Shadowboxers