Amy Ray live in Greenville, SC, with the Shadowboxers

One balmy spring night in 2001, Amy Ray rolled into Portland, Oregon, for a show at the Crystal Ballroom. It was the first time I was aware of her solo pursuits, even though I hadn’t yet heard her album. Still, I was willing to take whatever an Indigo Girl threw at me and wasted no time in buying tickets.

She was joined this night by the Butchies – a dyke-core trio from North Carolina of all places, fronted by former Team Dresch guitarist and Kill Rock Stars singer-songwriter Kaia Wilson. Having believed until that point that there were Indigo Girls lesbians and then there were Team Dresch lesbians – and I was straddling some odd fence between equal allegiance to the two – it was a sort of ladysplosion of awesomeness in my mind that night.

Forget that the Crystal Ballroom has a dancefloor so bouncy it’s damn near a wooden trampoline.

The Butchies played an opening set then, without skipping a beat and without even warning us we were in for a punk rock show, out came Ray to take the lead. Her solo tunes wrestling with identity and the way our formative years inform our neuroses were intense. It was notan Indigo Girls show.

Since then, I’ve delighted at watching Ray bounce back and forth between the topically ruminative counterpoint harmonies and melodicism of her work with Emily Saliers, and the sheer rock badassery of her “solo” work.

“Solo,” of course, is a technical term to describe a side project she pursues beyond her “primary” project. The one she’s famous for. But not being most famous for her solo stuff doesn’t have anything to do with her prowess at delivering it.

For one thing, those original tours where the Butchies were backing her up proved so synergistic that they’ve stayed on as her backing band ever since. When bassist Allison Martlew parted ways to pursue other projects, Ray added Greg Griffiths to the band. Then Julie Wolf on keyboards for a spell.

It’s been fun to watch the band grow and evolve since then and to see Ray more and more solid in her rock and roll shoes. Not that I’d expect anything less.

The Handlebar in Greenville, SC, is a whole different world from Portland’s Crystal Ballroom, in at least five or six different ways. First of all, it’s South Carolina, not Portland. The crowd was smaller than I’d expect, but no less enthusiastic. Still, this being the south, they were considerably more polite. The silence between songs could be a bit disarming, but it didn’t detract a bit from the all-out rocking that took place while the band was full throttle.

Atlanta-based groove band the Shadowboxers opened up. I know this troupe to be a crew which Ray personally adores. She’s gushed about them on a couple of occasions, so I was looking forward to seeing how that translated to the stage. Their sound easily brought to mind classic Chicago harmonies – lots of “ooh ooh oohs” and whatnot. There’s an ease in their melodies and a soft groove that delights in how much it flirts with being cheesy, while staying cool enough for the hipsters to swallow whole. At five members – two guitars, a keyboardist, bass, and drums – three of the guys take turns singing lead vocals. Nobody’s a star; everybody’s a star. The drummer, for example, was on fire. You have to hear these guys. In fact:

Speaking of drummers, Melissa York was rocking the skins last night, playing with all the powerful dexterity she’s known for. (Not to mention some intense “drummer face”). Wilson delivered the guitar solos – something of which I’m not typically a fan, but I find she generally approaches them with equal parts animalism and artsy restraint. They’re perfect, in other words, and the musical chemistry between the way she treats a song and the way Ray treats a song, is palpable.

This time, instead of Wolf on keys, we had Jen Wood, known mostly for her work in Ke$ha’s backing band. She’s apparently been touring with Ray and the Butchies (Martlew on bass) this run, and her funky jazz grooves on the Nord prove to be not too far from what Julie Wolf tends to unleash.

It was an energized, raw, rollicking night with the sound cranked high and the spirit of Chrissie Hynde felt strongly, even if the ground wasn’t bouncing. All I could think was about all the good times I’ve had watching Amy Ray – both solo and with the Indigo Girls – and the Butchies (remember that one time Donna Dresch showed up at the Sunset in Seattle and played some Team Dresch tunes with the band?)…these folks know how to rock. And rock hard.

At one point, my partner turned to me after noticing the people seated in chairs off to either side of the room. “I wonder how many of those people thought this would be a lot like an Indigo Girls show,” she said. There’s no way to know, and anyway who cares? Sure, the rural Georgia backroads are ever-present in Ray’s songwriting. No matter how far she wanders from the singer-songwriter duo thing, the country – the South – is in her soul. Those songs are always there, and those elements are always in the songs. It’s just that rock-and-roll Amy Ray takes her cues from the Clash.

That’s fine with me. Catch them on the road. 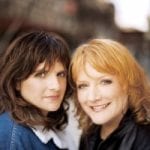 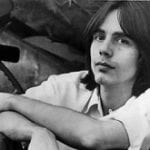 Running on Full: Jackson Browne’s Tribute Album Is the Best Funeral an Artist Could Ever Ask For