Gillian Welch: why her new album was worth the wait

I’ve listened to it not quite six times straight through since past midnight on Saturday night. It is better than I would have thought it might be. Over time I imagine I’ll think of it as my favorite album of hers, although even now I’m already starting to feel as it is.

It reminds me of the Grateful Dead, and the last time I saw them perform.

I’ve mentioned this before so I’ll make it quick. Summer 1980. After a dozen years of seeing them perform dozens of times, I went to the perfect show. They were on their spot, the crowd was right, the tickets free, the sunset over the Golden Gate spiritual. It was my last show, decided  because I knew it would never be better than this.

First, her voice has strengthened and changed. The nuances have become natural. The lyrics and melodies are both straightforward and evocative. The production is so simple its brilliant. Dave is on the right. Gillian is on the left. Vocals mixed in the middle, with a slight lean toward her. Harmonies aren’t spare, they are used sparingly. Her chording and strums are clear and rhythmic. His noodling has transcended premium home made pasta, it now is in the realm of (using a Dead reference point) those mostly bootlegged acoustic recordings of Jerry Garcia…either the early ones with Weir or the latter work with Grisman. Dave is now my guitar hero.

Secondly…this album is and will become iconic. Like the Coke logo or the iPod. It is not just an album of songs. It’s much, much more. There will be many who will have no problem disputing that. They’ll be wrong. Time is on my side.

Here’s a few fragments of other work and things that came to mind during the third listen while riding the train into the city:

-The first guitar lick and line from “Homeward Bound”.

-“The Great Pretender” by the Platters.

-Commander Cody: “Down to Stems and Seed Again Blues”

-“What A Wonderful World”….Armstrong or Iz.

-Oakley…the cowgirl and not the sunglasses.

-Banana pudding at Sylvia’s in Harlem.

It really could be my last album, but I know the Jayhawks are working on something new so maybe not. Spoken like a true addict. 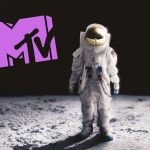