* Sin & Soul… And Then Some by Oscar Brown Jr. I sought this album out mainly for a song called “Mr. Kicks.” It portrays the devil as a one snazzy, jazzy cat with a slick, bongo-beatin’ early ’60s style. “Permit me to introduce myself …” the narrator says. I bet The Rolling Stones heard this before they wrote “Sympathy For the Devil” a few years later.

But that’s just one of the great songs here. It starts off with “The Work Song,” which Brown co-wrote with trumpeter Nat Adderly. There’s also a vocal version of Mongo Santamaria’s “Afro Blue” (I’m most familair with John Coltrane’s version) and a song called “Watermelon Man” — which isn’t the Herbie Hancock standard, which came out around the same time (later becoming a hit for Santamaria.).

And most stunning is “Bid ’em In” This is an a capella song, except for occasional drum beat, in which the narrator is a slave auctioneer. “She’s healthy and strong and well-equipped/ make a fine lady’s maid when she’s properly whipped,” he sings of one of the slaves on the auction block.

Before he was a recording artist, Brown was a journalist and political activist. As a teenager in Chicago, he was a writer for Studs Terkel’s radio show Secret City. In 1944 Brown hosted Negro Newsfront, America’s first black radio news broadcast. He ran for Illinois state Legislature and for U.S. Congress, but lost. He’d been a member of the Communist Party but left — or kicked out — in the mid 1950s, partly because of his concerns over the puritanical nature of the party and what he considered their stifling of creativity and art. But Brown, who died in 2005, remained active in protesting the Iraq War.

This album is a great introduction to this fascinating artist. 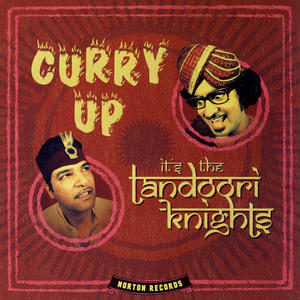 After all, just this year he’s released records with both — recording as The Ding Dongs with BBQ (Mark Sultan) and as The Tandoori Knights with Khan. Maybe he could instigate the melding of the two — a trio called “The Tandoori Dongs.”

If I had to choose between the two, Tandoori Knights would get my nod. It’s got the same spirit of lo-fi rockabilly zaniness as The Ding-Dongs. But there’s also a flavor of East Indian exotica here.

Plus I like their sour-grapes dismissal of DIck Clark on the song “Bandstand.” 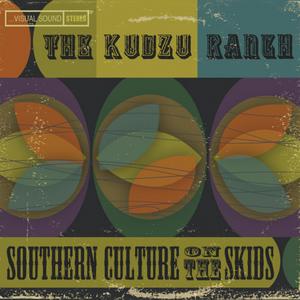 After all, for more than 20 years the musicians have cultivated a goofy faux-hillbilly image wearing funny hats, cheap sunglasses, backwoods/thriftshop clothes — and singer/bassist Mary Huff sports a beehive that would frighten most bees.

The only thing is, while they’re plenty funny, these North Carolinians are real musicians. As a trio (most of the time), SCOTS is a tight little outfit, playing a unique blend of country, rockabilly, surf, swampy R & B, garage, occasionally bluegrass, and exotica. Huff has a voice as big as her hair (I always hope for more songs where she sings lead), and Rick Miller is a fine rock ’n’ roll guitarist.

Plus
I spent a more than usual amount of my credits on stray tunes instead of full albums like I usually do.

* Two songs from Rare Rock N’ Roll Masters, namely “Monster’s Holiday” by The Plainsmen (a rocking version of my favorite Buck Owens novelty Halloween hit) and “Mojo Workout” by Larry Bright, just so I could share it with my pals on Real Punk Radio‘s Mojo Workout show. There’s some other interesting looking stuff on this collection, as well as some crap (“Bingo” by Pat Boone for instance. Why was he trying to lead the children astray into the dismal world gambling addiction?)

* Speaking of Halloween, I downloaded three tunes from Halloween Classics: Songs That Scared The Bloomers Off Your Great-Grandma just for my radio shows. I got “With Her Head Tucked Underneath Her Arm” by Rudy Vallee & His Connecticut Yankees (a Henry VIII satire); “Ghost in the Graveyard” by The Prairie Ramblers; and “‘Taint No Sin” by Fred Hall. which ha almost a western-swing feel to it. Tom Waits, using William Burroughs on vocals, revived this bizarre little ditty for The Black Rider back in the ’90s.

* “The Ex President’s Waltz” by David Massengill. I heard this strange little folk tune 3 or 4 times on KUNM back in the mid ’80s and have been looking for this song for years. It has a verse for each living ex-president at the time — Carter, Ford, Nixon, plus one for JFK and one for the then-current president. Funny, yet touching in a weird way. Great song for election season.

* “Collegiana” by Waring’s Pennsylvanians. I always loved The Nitty Gritty Dirt Band’s version on their 1968 album Rare Junk. It’s a snazzy little 23-skidoo number about college life in the ’20s. “Danced til I dropped, and I’ll never stop!” It’s on a compilation called Collegiate 1920s that has some other cool Roaring ’20s jazz craziness. I might pick up some more tracks someday.

* Two of the three tracks from Take A Good Look Bonus Tracks Super Rock! I picked up “Time Will Tell” and “Le Mistral.” I already had “Bigger and Better.” This reminds me — Take a Good Look was The Fleshtones’ previous album and that was in early 2008. Good news is they’ve been working on a new one, and apparently Lenny Kaye is involved on at least a few tracks. Meanwhile, you can watch this documentary about the band, Pardon Us for Living but the Graveyard Is Full for free right HERE.

* The five tracks I didn’t get last month from Phosphene Dream by The Black Angels. And they’re just as good if not not better than the first ones I downloaded. Read my full review