Death Cab for Cutie’s Songs Made Magik: Live at Massey Hall with the Magik*Magik Orchestra

Orchestral sounds are all the rage with indie-rock bands these days, and do not think that veteran alternative rockers Death Cab for Cutie would miss out on that trend–Ben Gibbard and Co. have just begun a tour that will highlight their music to date, with the support of Magik*Magik Orchestra. The San Francisco-based orchestra played on their latest album Codes and Keys (released last Spring), and join them on this newly kicked off tour, which brought the band to Massey Hall on Thursday night for a fantastic performance.

If while listening to the classic Death Cab songs such as “Passenger Seat” (Transaltanticism, 2003), you may have wondered what a full orchestra would sound like rounding out the already lyrically lush sound, here is your chance. Death Cab for Cutie are a perfect go-to band for those of us who nursed our teenage angst to the sweet sounds of Gibbard pining over love affairs. But the question with musicians such as Death Cab, M. Ward, the Shins, and Bright Eyes that many music junkies in my generation grew up being obsessed with, is how do they keep it fresh while not alienating longtime fans who are protective over these musicians “selling out” or changing their sound and becoming mainstream. Gibbard, drummer Jason McGerr, bassist Nick Harmer, and multi-instrumentalist/back-up singer Chris Walla have had incredibly successful careers over the past two decades, with their last album hitting the Billboard Top 200 Charts at number three.

This tour gives the band (and the rest of us) a chance to hear their own classics amplified into a truly symphonic experience. Live performances by rock bands with a lyrical emphasis such as Death Cab can already be emotionally powerful when the songs are performed as they are on the album, but the Orchestra pushed their sound right over the edge, into a unique and beautiful live music experience. Death Cab does have a set list formula and they stuck to it, but with the perfect amount of variation: older songs to start, the newest songs near the middle, and in the encore, Gibbard treated us to a solo “I Will Follow You into the Dark” (this time enhanced by the soft accompaniment of the Orchestra). Then we were weaned off their sweet and rollicking sounds by the nearly ten minute long “Transaltanticism” which always finds the audience belting along “I need you so much closer, I need you so much closer—so come on, so come onnnnnn”.

The Orchestra had a particular effect for the dramatic ending to the song “Different Names for the Same Thing”, which is a song that is normally hard to recreate live–as the rock guitars cut out, the album version ends with an electronic frenzy–but this ending was brought to great heights with the Orchestral rendition. It did feel like a “Hey look, we have an orchestra onstage!” moment, but when one has an orchestra to play tricks with, I say why not have a bit of fun with it? As Gibbard noted, laughing between songs “You know the way people play air guitar while listening to rock music? I find myself wanting to air violin along with them! What are we going to do without them? I already love it so much.” As an enthusiastic crowd poured out of (the historic Toronto venue) Massey Hall after their fully satisfying set, the mood was certainly one of nostalgia mixed with a reawakened awe of these boys from Seattle, Washington and their new tour-mates. 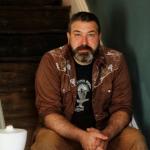