Centro-Matic: A Fond Farewell to One of the Best Rock Bands in History

This article was originally published in a now defunct magazine back in 2014, but I feel it no better time to celebrate the band I still love with every inch of my heart and soul than the day before Independence Day, 2016. It’s time this piece had a forever home in the No Depression annals. Thanks Mark, Matt, Scott, and Will. Centro-matic forever…

Denton, Texas quartet Centro-matic has recently announced their farewell tour following the release of 2014’s stellar, Take Pride In Your Long Odds. The announcement rippled the indie rock world and its numerous sub-genres akin to seeking out releases from prolific singer, core songwriter, and guitar slayer, Will Johnson and Co. Closing in on 18 years this coming February (of 2015) and 14 records together as Centro-matic, Johnson and bandmates Scott Danbom (piano, violin, backing vocals), Matt Pence (Drums, Engineer Extraordinaire), and Mark Hedman (Bass, Guitar), have decided to call it a proverbial day.

“I think from the outset in March of ’97, there was something very necessary about everybody’s musical voices in the band. It didn’t take me long to realize that no one was expendable for this particular endeavor”, states Johnson.  Adding, “Something early on about the way we communicated musically and non-verbally, the way we’ve chosen to care and look out for each other and that chemistry that developed immediately told me that no one’s expendable. If someone has to go then we’ll end the band. Everyone’s voice is important and it’s ‘our’ band, not my band. If it got to where someone departed, we end the band with respect to the 4 of us.” It’s refreshing the reluctantancy “front man” Johnson carries, in my opinion that’s been the key ingredient to the Centro delicacy — four humble yet brilliant artists and musicians all for the sake of the song. “I don’t think it’s the END of us necessarily, it just might not happen for a long time. Centro-matic might not ever happen again, there’s more to it than just the name and the people. It was and is something we all believe in, I just think it needs a break”, added Scott Danbom.

Centro-matic has always been an artist’s band, a muse to the creative. A band of brothers who make the music they want, with little outside influence beyond the “core four”.  A band that’s defied genre labels and pigeonholes, just when you thought you had them figured out, the next record comes to fruition and you’re back to the drawing board. A trait that was has been as much on purpose as it has been accidental. The only band that can take Lionel Ritchie’s “All Night Long”, and turn it flipside to a sad bastard country-tinged number, complete with ghostly pedal steel fills and haunting percussion. Fast forward to 2014’s first single from the Take Pride In Your Long Odds album, “Salty Disciple” and you have what should’ve been last summer’s indie crowd’s party jam – entrancing synth with industrial percussion and thumping bass line coupled with Johnson’s harmonious off-beat vocals.

They’ve been the backing band for the Drive-by Truckers’ Patterson Hood on his solo tours, toured with Anders Parker as Varnaline in support of his nearly perfect, Songs In A Northern Key album. Scott and Will toured with late, great Athens, GA singer/songwriter, Vic Chesnutt as a couple month side project entitled The Undertow Orchestra. Not to mention Johnson’s other “side projects”, the much acclaimed trio record with Jim James (My Morning Jacket) and Conner Oberst (Bright Eyes) aptly coined, Monsters Of Folk. And a phenomenal Woody Guthrie project titled New Multitudes, the “super group” featuring Anders Parker, Jim James yet again only this time as Yim Yames, and the ever elusive personal favorite, Jay Farrar (Uncle Tupelo, Son Volt). A commemorative record celebrating Woody’s 100th birthday with songs set to music by the quartet from the note books of the great Woody Guthrie himself.

The brainchild of Johnson’s post drumming music career started in Denton as a solo project in the mid 90’s. First teaming with blossoming sound engineer Matt Pence and then enlisting violin work from another soon-to-be bandmate Scott Danbom, Redo The Stacks was born. They recorded 30 songs and settled on 23 to be mastered. Mostly filled with under 3 minute indie-pop punk songs, the album has gone on to surge a life of its own and was recently rereleased with the other 7 original songs as bonus tracks. Completing the rhythm section with Mark Hedman and a strong desire to play the record live, Centro-matic was born. No one was ever asked to join per se, the band organically fell together into what became the first live show in February 1997. The party hasn’t, and won’t, end until the culmination of the farewell tour on December 21 in Denton, TX, the last show of a 3 night stand at local venue, Dan’s Silverleaf — 11 studio albums, 3 EPs, a bandwide alter-moniker South San Gabriel, plus 2 full length solo albums and an EP from Johnson…not too shabby.

Both Johnson and Danbom cite the 2005 South San Gabriel album, The Carlton Chronicles as their most memorable and favorite session to date. The moniker given to their slower, typically sadder pieces: releasing two full length LPs, the aforementioned Carlton Chronicles and Welcome, Convalescence as well as two, double albums with Centro-matic, the stellar, Dual Hawks and then 2010’s on-line only offering,  Eyas.

“No one in the band as a collective had heard a note of any of those songs coming in, and we had about 2 weeks to put that whole thing together. It was sort of like being at camp with your best friends. We’d cook out every night and sort of came up with these daily traditions. We put that session together, and no one had even heard the skeletal form of the music two weeks prior. That wound up being a super cool, memorable session”.

Danbom also added that The Carlton Sessions were not only his favorite in how they collectively tracked and recorded the record, but also overall as a finished product.

For what it’s worth, Fort Recovery and Dual Hawks are my two favorite Centro-matic albums. Johnson agreed, in describing the sessions, “It was early fall and we had all been apart doing other things for a while and touring mostly as South San Gabriel a big chunk of that year. It felt like we were ready to just flip the switch and start playing loud guitar rock again, just turn everything up and have fun. There was something very comforting and fun about those sessions at the end of some pretty hefty European South San Gabriel touring. I definitely enjoyed the Dual Hawks sessions too, in that we got together for six days for the Centro-matic session, real spur of the moment, just see what comes of it. In those six days we more or less got the entire Centro-matic side of that record put together except for maybe one small session. It was real fun just due to the uncertainty of it all, not knowing how it was going to turn out. There was a sure ‘sink or swim’ kind of feeling which is very exciting for our band”.

Citing the “American underbelly of music” as his influences, Will Johnson worshipped at the alters of Westerberg, Mould, and D. Boon for the punk/DIY ethos and as inspiration that anyone can get their skin in the game and have a go at this music thing; pair that with a steady diet of Dylan, Neil Young, and Elvis Costello, and you’ve just decoded the Centro-matic sound file. Danbom credits Neil Young, Brian Eno, Harold Bud as influences, also proclaiming himself a Robyn Hitchcock nerd. “Hitchcock was my Dylan”, he added, also massively groomed in early New Order, Husker Du, REM, and early blues. That’s only half the band’s input and there is the reason for the critical acclaim Centro-matic has reached in its nearly 2 decade career. They can reach such a broad base of musical tastes with just one brush and a four man palette.

The silver lining in the dissolving of Centro-matic, is the fact that, reading between the lines, they’ve never mentioned this is the end of South San Gabriel. True fans will be on edge for new music from that side of the Centro-matic beast, knowing full well there’s no way the foursome can stay far away from each other musically for any long period of time –at least one can hope. In talking with Will, he has a new solo record due out this coming winter and ever the prolific, “maybe a couple more (solo albums) in the next year or so”. Mentioning a couple other mystery collaborations in the works, I promptly pitched a Jay Farrar/Will Johnson album, hopefully in the fashion of the perfect Jason Molina (Songs: Ohia, Magnolia Electric Co.) and Johnson collaboration from 2009 — sadly the second to last record Jason Molina released due to his tragic and untimely passing, succumbing to the beast of alcohol addiction — truly one of the greatest and unheralded songwriters in history. Danbom hopes to continue his five plus year run with Denton singer/songwriter, Sarah Jaffe. In our conversation there definitely seemed a chance of a future Scott and Will project, but for fear of muddying the waters, I’ll leave that right there for y’all.

I’m left with a heavy heart knowing that the two Centro-matic shows I’ll be attending will most likely be my last. I’ve grown up with this band. Their first album, Redo The Stacks, was released the year I graduated high school. I was ensconced in the glory of Dual Hawks as I was gearing up for and marrying my beautiful wife of four years back in 2010. Candidate Waltz was a weekly played record as I was approaching the birth of my first son in 2012, just as Take Pride In Your Long Odds was as my second baby boy joined this world just three months ago. That’s what I’d like to thank Will, Scott, Matt, and Mark for. Thanks for the soundtrack to those memories and more to come. Thanks for being true to yourselves and your fans, and thanks for being true to the music most of all, that’s your legacy and it’ll never burn out in the ether of rock-n-roll. Cheers, gentleman and thank you from the bottom of my heart for the memories that’ll never die between those record grooves. Catch them while you can on this farewell tour (it’s long since over, but you can see the penultimate show below in it’s entirety thanks to Jack Pier!) 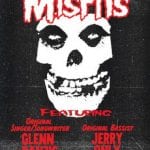 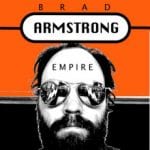