Brad Armstrong takes his custom indie folk rock to a live audience at Manhattan, NYC’s Rockwood Music Hall, on stage 3 tomorrow night at 10pm (4/21/16). Dexateen since 2008, pricipal songwriter for the now defunct indie sweethearts 13ghosts, and an excelled solo singer/songwriter to boot, the Birmingham, Alabama native has procured the Northeast now for a few years by way of Red Hook, NY — an hour’s ride north of the city yet still clinging to the Hudson River banks and Pete Seeger’s banjo.

The Dexateens have a voracious remainder of 2016 and a sweltering 2017 on the calendar, but never fear, there’s always ample time for Armstrong to make you cry and think too much with his heart-boxing sad songs and ethereal imagery. Armstrong finds comfort between the notes and in spaces musically that most people miss. Decidedly more beatiful off-kilter than shiny and upright, his songs spark memories you never even knew existed, as if you’ve just become best friends with a total stranger. It’s simply that good…don’t sleep. Support live music and pack the house, Manhattan. (+words by sz+)

Watch the video for Brad Armstrong’s song “2045” from his debut solo album on Cornelius Chapel records. 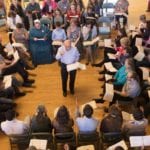 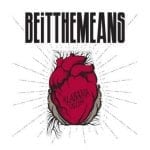