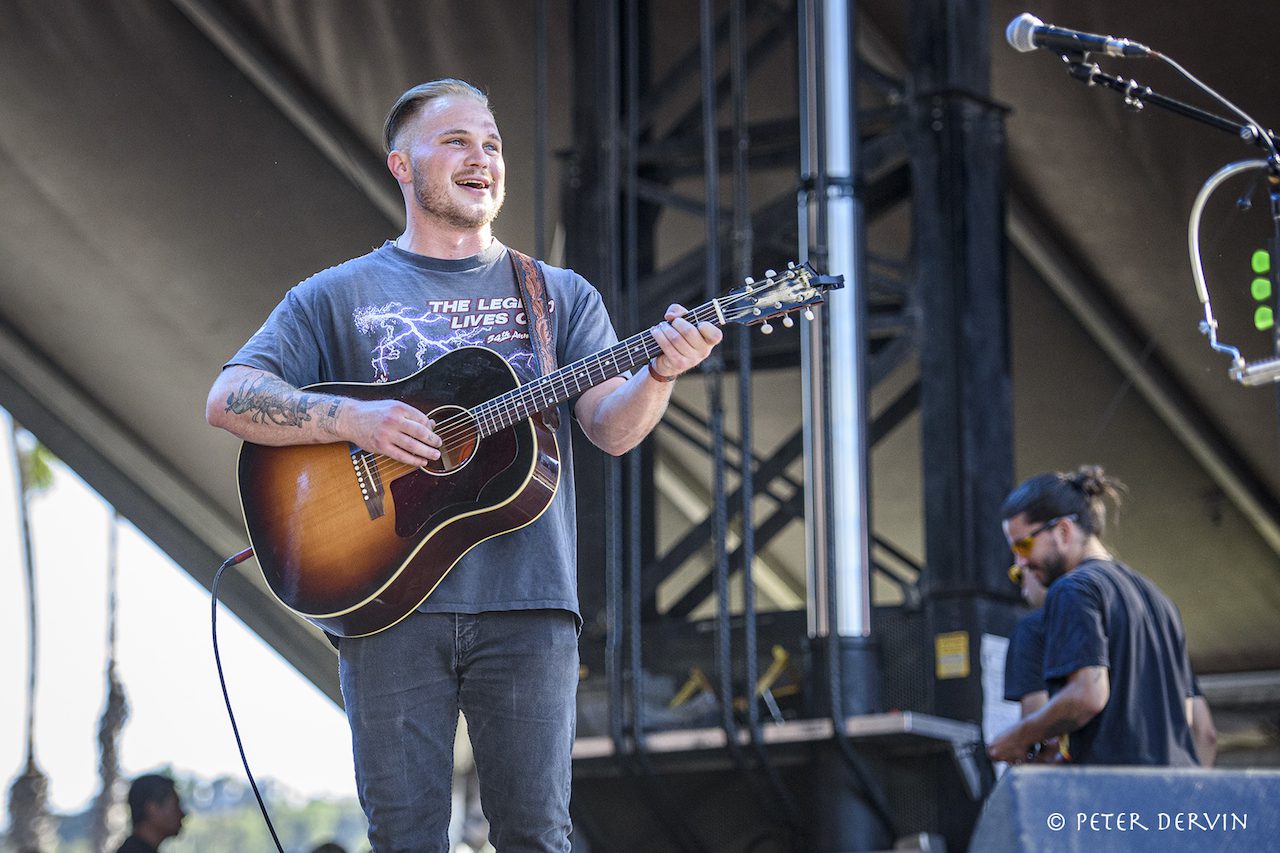 Zach Bryan at the 2022 Palomino Festival (photo by Peter Dervin)

Zach Bryan was hating on Ticketmaster before Taylor Swift and Bruce Springsteen fans made it cool. And he hates them a lot — so much that he titled his new album, recorded live at Red Rocks and surprise-released on Christmas Day, All My Homies Hate Ticketmaster. That’s a quote of his own from a past post on social media, where he’s been vocal about his disdain for sky-high ticket prices for months, even imploring presidents past and present to “burn them to the ground.” For Bryan’s 2023 tour, for which dates have not yet been announced, he’s vowed to keep his headlining show tickets affordable, implying he’ll find a way to skirt Ticketmaster. It’s not known how he’ll do that — others, like Pearl Jam, have tried but failed to pave a new path — but this article in Rolling Stone lays out some tactics he could use.

Musicians speaking their opinions on stage can be incredibly powerful (assuming you agree with them, that is). Using music to advance a cause is a bedrock of folk music, a key ingredient in the larger roots world, and something I feel that artists should absolutely do if they feel so moved, whether through their songs or their stage banter or their social media. But there are some artists who prefer to, well, shut up and sing, at least on stage, envisioning their performances as an escape from the partisan divide that seems to be just about unavoidable in America these days. Read their points of view, and why they want their concerts to be solely a uniting force, in this piece from NPR featuring Ray Benson of Asleep at the Wheel, among other voices.

Continuing his tradition of sharing favorite books, movies, and music with us from time to time, former President Barack Obama dropped a new round of lists in late December. As usual, his favorite songs spanned a wide range of genres. Making the list from the country/roots world are Zach Bryan’s “Something in the Orange,” Leyla McCalla’s “Dodonin, and “Problem With It” from Plains (whose album I Walked With You a Ways landed at the top of our 2022 Critics Poll — great minds, etc.). You can see the rest of the list here. (He also tweeted his list of favorite movies and books released last year.)

The Ameripolitan Music Awards have announced a weekend of festivities Feb. 17-19 in Memphis surrounding its annual honors. Performers at the Guest House at Graceland will include Kinky Friedman, Emily Nenni, Brennen Leigh, Melissa Carper, Willi Carlisle, and Kaitlin Butts, and some perfectly Ameripolitan events are scheduled, too, including a steel guitar pull, vintage Western fashion show, and Chickenshit Bingo with awards founder Dale Watson. The awards show itself, on Feb. 17, will be hosted by Big Sandy and Grey DeLisle and will honor performers in subcategories of outlaw, honky tonk, rockabilly, and Western swing. Learn more and check out the nominees at ameripolitan.org.