Southern rock is a stylistic hodgepodge–a musical mutt.  Yet in this gumbo pot of a country, its impurities and cross-breeding make it the most American genre of all. And with the Allman Brothers drawing down, southern rock’s current standard bearer is Blackberry Smoke, a lofty perch they hardly jeopardized during a lively set last night at Seattle’s Neptune Theatre.

Blackberry Smoke features five Georgia longhairs (sound familiar?) who don’t fuck around. The Turner brothers, Brit and Richard, man the rhythm section, augmented by a ramblin’-gamblin’ piano and two lead guitars, one wailing a good deal higher than the other.  Charlie Starr fronts the band, his prodigious mutton-chops meeting to form a chin strap in a sort of Amish-on-acid look, and his voice a mix of Levon Helm and Steven Tyler.

Pot is legal now in Washington State, which gave the Neptune an appropriately musky perfume as the band tore through an hour-and-forty-five-minute performance without much chatter. A gigantic tapestry with their moniker on it occasionally changed colors behind them onstage, and they worked “Midnight Rider” and “When the Levee Breaks” interludes into their songs, drawn equally from their latest album, 2012’s The Whippoorwill, and earlier releases. They pulled off a glorious rendition of The Rolling Stones’ “You Can’t Always Get What You Want”–like the best jam hounds, you get the distinct feeling Blackberry Smoke could make a lucrative living as an ace cover band–while “Six Ways to Sunday” and the climactic “Ain’t Much Left of Me” ensured there wasn’t a sedentary ass in the sold-out house.

Starr’s lyrics, for the most part, are straightforward and evoke good times. If Blackberry Smoke’s songs were a scene, they’d find you wearing only a pair of jeans near a mountain lake, with bonfires blazing, beer flowing and a sky-high ceiling comprised of stars and pine. They’re memories that you’ll never forget, in defiance of the fact that you drank enough to forget everything. When you’re feeling glum, you go back there in your head, and your mood instantly improves. That, in a nutshell, is the feeling Blackberry Smoke gives you. And that’s about the best feeling there is. 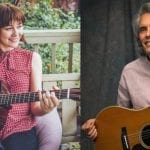 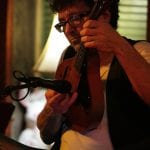