At Home in Liverpool with Hank Snow

Liverpool graces the banks of a freezing cold River Mersey, just a few miles from Brooklyn. This beautiful area marks the home of a celebrated musician, whose birthplace museum is, most appropriately, in the former railway station.

Before you are further confused, let me say I speak of Liverpool and Brooklyn, Nova Scotia, and tell you that the musician is Clarence Eugene Snow. Born in Brooklyn in May of 1914, Snow left a broken home with an abusive stepfather when he was twelve, and ran away to sea. However, sea chanteys and a nautical life in the Maritimes were not for young Snow.  By the time he was fifteen, he had discovered the music of Jimmie Rodgers, a lifetime model, and idol.  At nineteen, Snow was living in Halifax and had his own radio show on CHNS.  He had renamed himself for the airwaves, and developed his singing style along the lines of Rodgers’s:  “Hank, the Yodeling Ranger” steadily gained popularity in Nova Scotia in the early 1930s.  By 1936, Snow had married Minnie, who would be his wife of 64 years, had a son named for Rodgers, and signed a recording contract with RCA Records in Montreal.  When RCA ungraciously dropped Snow, in 1981, he had been under contract with them for 45 years, a record itself in the industry.

It took awhile for Snow to break into the American market, despite “singing cowboy” stints in Hollywood — with his horse, Shawnee — and on-air broadcasts via the Wheeling Jamboree.  Finally, in 1948, Snow was invited on tour with Ernest Tubb, and saw his career begin a phenomenal rise in 1950.  That January, he had his first Grand Ole Opry appearance, and a hit single (“Brand On My Heart” b/w “Marriage Vow”) in the charts, but it was summertime when Snow’s new song, “I’m Moving On,” reached number one — and stayed there.

My father had, and I now have, the translucent blue RCA VIctor 45 of “I’m Moving On,” backed with “With This Ring I Thee Wed.”  As a kid, I was galvanized by that beginning:  the sawing fiddle that sounded just like a train whistle, blending into a real-live lonesome whistle blowing, and the nasal voice, crystal-clear, enunciating every word so you knew just what was happening (although I was a bit baffled, at the time, as to why):  “That big eight-wheel a-rollin’ down the track / Means your true-lovin’ daddy ain’t comin’ back, /Cause I’m moving on….”  “I’m Moving On” has so much more vital energy than many thousand of its fellow train songs:  often, a singer mourns the self-created inability to be on a train (“Midnight Special” or “Folsom Prison Blues”), or the distance from home (“500 Miles”) or the making of the rails (“John Henry”).  For every jubilant train song (“Hey Porter”) there are fifty sad ones.  Bob Dylan is right:  it takes a lot to laugh, it takes a train to cry.  Hank Snow’s train isn’t shedding a tear, here.  The lyrics ripple, and rip, and roll with the rhythm of the tune.  That woman up north has lost out this time, and forever.  She’s been flying too high for his sky, had the laugh on him, and had her play.  Now, she’s no more that a “trifling woman on my main line,” and he’s on a southbound train, with much better options down the track, heading for a “pretty mama in Tennessee.”  There won’t be any reconciliation.  “I’m through with you, too bad you’re blue, Keep movin’ on.”

“I’m Movin’ On” was in Billboard’s country singles top ten for 44 weeks, and at number one for 21 of those weeks.  Hank Snow would have a total of 85 singles on the charts — one for every year of his life — and seven songs at number one, for a total of over a year in that position.  As a Nashville superstar during the 1950s, Snow encouraged young musicians constantly, helping Elvis Presley to a first recording contract (unlike Elvis, though, Snow was fortunate enough to sever a relationship with Colonel Tom Parker).  He recorded with Anita Carter, Chet Atkins, Willie Nelson, and Dolly Parton, and continued to tour for 50 years.  His last Grand Ole Opry appearance was in 1996.  The recipient of many awards and an honorary doctorate of letters, a member of the Songwriters International Hall of Fame and the Country Music Hall of Fame, and beloved not only for his music but for his decades of work with abused children and as an advocate for them, Snow died at home in Madison, Tennessee in 1999, just before Christmas.

Some of this I knew.  Most of it I didn’t, but recently learned it on my visit to the Hank Snow Home Town Museum in Liverpool.  Opened with the support of Snow’s widow Minnie, and their son, the Rev. Jimmie Rodgers Snow, the museum is a gem of Canadian music history as well as a memorial to Snow.  On display in the old depot are stage suits of Wilf Carter’s and Carroll Baker’s, as well as those of Snow and the Rainbow Ranch Boys.  A microphone from the Grand Ole Opry stage stands for your use and entertainment — along with a battered guitar held by many famous hands.

Minnie Snow donated Hank’s back stock of records to the museum:  you can buy Hank’s own copies of his records.  Talk about the pleasures of real vinyl — with cover art, and liner notes, to delight almost as much as the contents within.  You can also park yourself in one of Hank’s fine cars.  A small room at the back celebrates local railroads, which once made this stretch of coastline populated and popular.  As the trains from Halifax stopped running south, every industry from fishing to tourism, from Bridgewater to Liverpool to Lockeport, on to Shelburne and around to Yarmouth, has suffered.  You feel this keenly, even as you enjoy the music and other exhibits at the museum.

Come to Liverpool at the end of August.  You can drive, you can fly to Halifax and rent a car, or you can come the most old-fashioned way to get to the Maritimes:  by sea.  We drove onto the beautiful new Nova Star ferry in Portland, Maine and spent a romantic night on the north Atlantic, arriving in Yarmouth in time for breakfast.  The drive from Yarmouth to Liverpool is beautiful, curving around the coast past the stunning beaches at Ingomar and Carter’s Beach, Port Joli and Lockeport.  Gorgeous seafood, straight out of the water, is to be had at Charlotte Lane in Shelburne, the Quarterdeck in Summerville Beach, and at Lane’s Privateer — where you should also stay — in Liverpool.  However, Lane’s may already be booked up for that time.  From August 20-23, the museum will be hosting the 25th annual Hank Snow Tribute.  Thousands of folks attend the concerts; this year, Charlie Major headlines.  Join in the “Sounds Like Hank” contest, or the guitar-picking contest.  It will be, as billed, a foot-stompin’ hand-clappin’ good time. 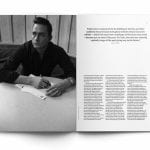 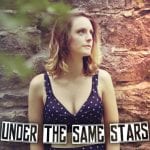