The Bottle Rockets are back. Not that they ever went anywhere – they’ve been maintaining a fairly rigorous tour schedule for the last handful of years – but it’s been six years since these Midwestern rockers have released a proper studio album. Frontman Brian Henneman has been teasing a new album for the last few years, and it’s understandable given that the band took a brief detour to celebrate their 20th anniversary. Luckily, the Bottle Rockets’ 12th studio effort South Broadway Athletic Club proves it’s been worth the wait.

The album finds the Rockets – often pigeon-holed as alt. country – making rock and roll that’s as vital as ever. This is not a record of slowly strummed ditties, but a no-frills, straightforward jab in the chest that packs one hell of a punch. Songs like “I Don’t Wanna Know”, “Big Fat Nothin’” and “Building Chryslers” are classic Bottle Rockets, focusing on defiant sonsabitches just looking to make a peaceful life where they can just “sit down and do nothin’ and stay up late all night long”, yet conflicted by things like “bills to pay” and the potential of cheating spouses. The Bottle Rockets have certainly grown up, and maybe these new conflicts feel more akin to their middle age than the youthful recklessness of songs like “Indianapolis”, “Kerosene” and, of course, “Thousand Dollar Car”. But growing up doesn’t always have to mean losing your edge, and the Bottle Rockets are still razor sharp.

Longtime fans will also find memorable choruses on Athletic Club in songs like album opener “Monday (Everytime I Turn Around)”, “Big Lotsa Love” and “Shape of the Wheel”, which get stuck in your head while still staying thoughtful and down to earth. Maybe it’s their roots, but the Bottle Rockets have always exuded a sort of blue collar sensibility. This album finds the band to be still focused on giving a musical voice to the working class, like a grittier, twangier Springsteen.

If all of that sounds a bit heavy for first time fans of the Bottle Rockets, there’s plenty of simpler country fare, like the testament to a man’s best friend, “Dog”, “Smile”, and the almost honky tonk “XOYOU”. These are feel-good songs that tie everything together and remind us why these guys are damn fun group to see live or just sit around and drink beer to. This is the very essence of the Bottle Rockets and it always has been, and South Broadway Athletic Club stands up to their best work. Most importantly, it proves these guys aren’t going anywhere anytime soon, and there’s no denying that we need bands like the Bottle Rockets to be around as long as possible. 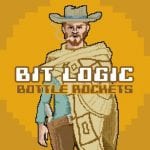 Showdown: Midwestern Heroes The Bottle Rockets vs. The Present